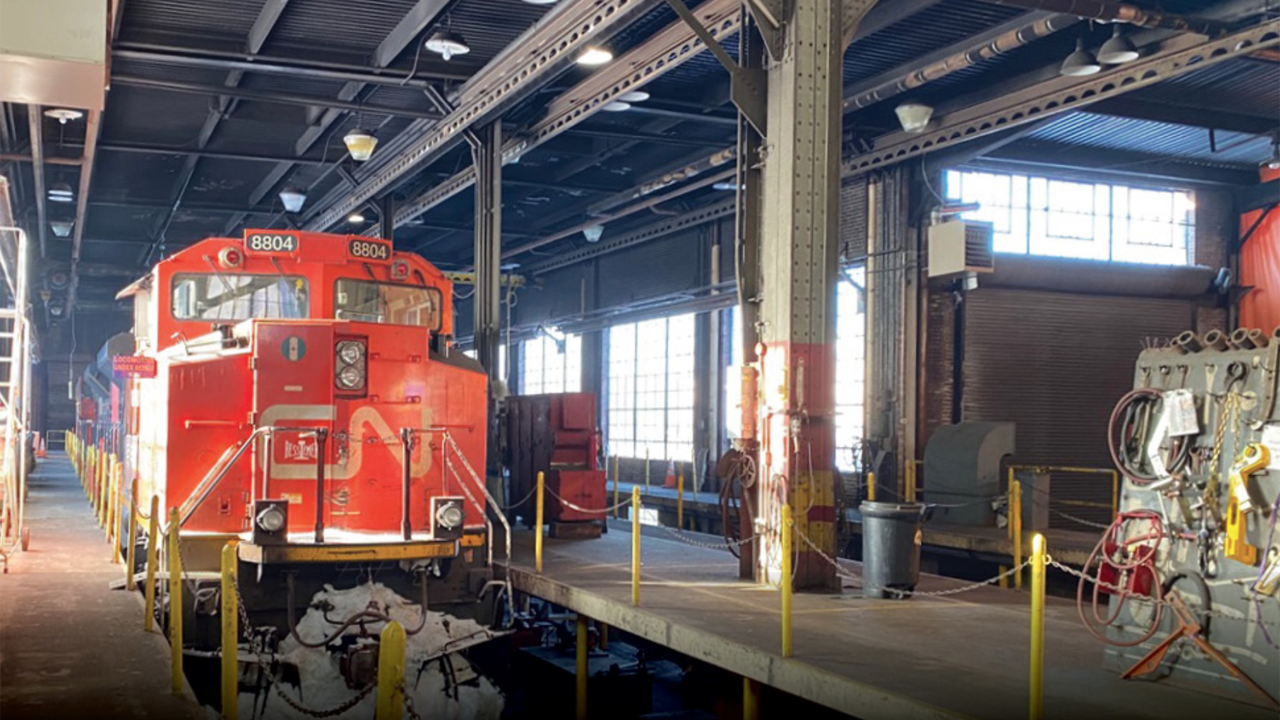 On Feb. 1, CN started renewable fuels testing on the Bessemer & Lake Erie (B&LE) portion of its network, which operates in Pennsylvania and Ohio.

In a Feb. 2 Twitter post, the Class I railroad announced the group was taking “an exciting step towards our goal to reduce carbon emissions” with the launch of testing. CN; Progress Rail, a Caterpillar Company; and REG in November teamed to assess “high-level renewable fuel blends including both biodiesel and renewable diesel in support of the companies’ sustainability goals.”

“On February 1, locomotives were fueled with a blend of 100% renewable fuels (mix of biodiesel and renewable diesel) on the Bessemer & Lake Erie (B&LE) portion of the CN network (operating in Pennsylvania and Ohio),” CN told Railway Age on Feb. 10. “Tests will be performed over a period of approximately two years, as one objective is for CN and Progress Rail to better understand the long-term durability and operational impacts of renewable fuels on locomotives, especially in cold weather. Renewable Energy Group (REG) will supply high-percentage blends of biomass-based fuel, including both biodiesel (FAME) and renewable diesel (HDRD) for testing.”

The railroad reported that “[t]his is a first-of-its-kind long-term durability and performance test in North America around bio-based fuels, as up until this point, there have only been emissions tests performed on a small sample of locomotives.”

CN’s initiative with Progress Rail and REG builds upon the locomotive builder’s approval in August 2021 of higher biodiesel fuel blend content. Union Pacific’s EMD 710 and 645 series locomotives can now operate with up to 20% biodiesel blend in its units. Previously, EMD 710s and 645s were approved to operate at 5%.

In a related sustainability development, CN is acquiring a Wabtec FLXdrive battery locomotive.