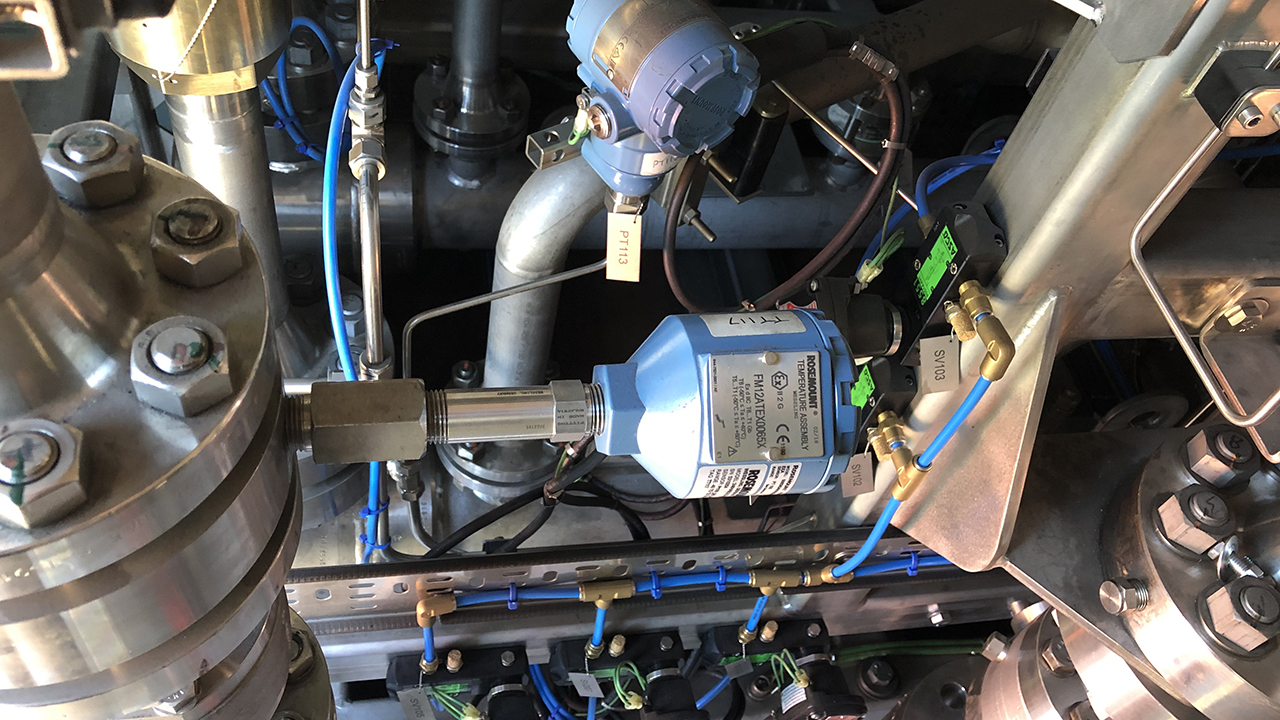 North American rail is on the beginning edge of a secular change in its approach to carbon emissions.

Locomotive power, going back into the very early 19th century at the origin of the first coal fired steam engine, has relied primarily on fossil fuels as a method of generating energy, of generating horsepower, of generating power to move freight across the vast landscape of North America. That period of reliance is ready to change.

Moving freight by rail is already the most energy efficient and least polluting method of transporting goods. According to the AAR, U.S. railroads are estimated to produce less than 0.6% of global CO2 emissions. The AAR estimates that U.S. Class I Railroads produce 40MM metric tons of CO2 annually. That is down from the peak of more 46 million metric tons in 2006 and is a fractional amount of the CO2 emitted by the trucking industry, which accounts for 6.4% of global CO2 emissions.

Today, the path toward carbon neutrality remains unclear. BNSF, in conjunction with Wabtec (and the backing of grants from the state of California) has built a battery powered locomotive to use in a hybrid locomotive consist with supplemental diesel engines. In December 2020, CP announced an initiative to build a hydrogen-based fuel cell locomotive. In January 2021, KCS made a commitment to lower greenhouse emissions. These initiatives suggest a sea change in the corner-office thinking of the Class I railroads. However, they indicate a lack of strategy to put forward a clear and pragmatic carbon neutral strategy for all of North America.

Battery hybrids will require a charging network on an already stressed electric grid (hello Texas!) and lack the capability of providing consistent power for longer hauls (Railway Age, “Batteries as an Alternative Fuel?,” September 2018). Hydrogen as fuel is expensive—as much as $4.00 per diesel gallon equivalent—and that is before compression and fueling stations. The net result: Each of these ideas has curb appeal and drive by attractiveness. However, they suffer from fatal flaws of cost and reality. Electrification? At the risk of being glib, the more than $11.5 billion spent by the Class I railroads on updating the North American rail network for PTC will look like coupon money vs. the cost and time of reengineering and reoutfitting the more than 180,000 miles of freight track in North America and building more than 24,000 new locomotives.

The interchange system and its fluidity function at a kind of operational expertise because of the fungible nature of the assets. Run-through power between two Class I railroads or a Belt railroad requiring refueling? No problem—all you need to do is follow the diesel sign and fill up that thirsty locomotive. But if one railroad is running battery hybrids and one needs a hydrogen fueling station—big problem! Each railroad is left running assets unique to its closed system. Interchange becomes intrachange faster than you can charge a Tesla Semi.

The interest in carbon neutrality is high. One solution, and in many ways the only solution, is one that is not yet in the foreground of the minds of the railroad community. A clear and straightforward pathway to carbon neutrality is using P2G (Power-To-Gas) technology that converts unavoidable CO2 emissions and combines them with hydrogen to synthesize renewable methane. This is technology that is in operation today and suitable for use across the interchange system.

Start with some basic facts: First, natural gas is typically 95% methane. Second, natural gas, in compressed form, burned as a fuel in a locomotive, can immediately bring emissions to EPA Tier III levels and reduce GHG (Green House Gas) emissions 20%-plus. Third, once the move from diesel to natural gas begins, the move from natural gas to renewable methane and carbon neutrality is an easy, successful and economic results-oriented pathway for the North American rail system.

P2G uses the method discovered by Paul Sabatier in the late 19th and early 20th century for converting CO2 and hydrogen (with a catalyst such as nickel) to methane and water. Sabatier won the Nobel Prize in 1912 for his discovery.

The Sabatier Reaction (or Sabatier Process) is being used commercially right now. MAN SE (a subsidiary of Volkswagen/Audi) built and continues to operate a P2G facility in Werlte, Germany. The offtake from this facility is being used as a synthetic carbon-neutral fuel for Audi customers. The same process is the basis for the P2G strategy. CNGmotive, Inc. has a three-step plan for bringing sustainability and carbon neutrality to North American rail.

Step One: CNG (compressed natural gas) replaces diesel as the fuel of choice. CNG offers immediate savings on the cost of fueling locomotives and a high return on invested capital to the railroads along with safety and ease of use. CNGmotive’s ChillFill® technology fills a 5,000-gallon diesel-equivalent tender in 45 minutes or less. This leads to virtually seamless refueling in train operations and direct-to-tender filling. The results: A 20-25% internal rate of return for a railroad, a 70% reduction in the unit cost of fuel vs. current diesel prices, and a 20-25% reduction in GHG emissions. These valuations are based on reasonable assumptions for the price of diesel to a Class I railroad and conservative estimates for the price of natural gas based upon the publicly available Henry Hub natural gas price. These estimates include all capital budget items associated with the installation of a CNG system. The economic benefits to a railroad using CNG increase (1) if the cost of diesel increases, (2) if the cost of natural gas decreases, and most important, (3) as a railroad phases in a larger percentage of locomotives using CNG as a replacement fuel. The economic benefit to the railroad increases on a multiple scale as a larger proportion of diesel fuel is replaced by CNG.

Replacing main line diesel used on a Class I railroad with natural gas would reduce total fuel expense by 50%. The technology to do this exists right now, today, and is proven to work. CNGmotive, Inc. is the company that has a patented filling system and the world’s first and only CNG tender designed to exceed the AAR’s stringent safety standards as expressed in AAR M-1004.

The CNGmotive, Inc. solution uses existing long- and short-haul locomotives with a modest conversion cost. It allows for seamless operational service by using decades-proven diesel dual-fuel natural gas locomotives while the infrastructure buildout for ubiquitous CNG refueling is under way. It saves money on fuel, starting with the first trip.

The CNG movement, led by the eponymously named CNGmotive, Inc., is engaged in making possible and profitable the migration of North America’s railroads to the use of CNG as a locomotive fuel.

Step Two: The P2G process is the Sabatier Reaction, which works like this:

Locomotive fueling moves from natural gas to renewable methane seamlessly. The P2G transition evolves smoothly from the Step One to Step Two without incremental railroad investment, and with improved environmental dynamics.

Renewable methane produced as outlined herein can be distributed using the North American natural gas pipeline system. The natural gas system was originally meant to move gas from the South and Southwest. Often times, the pipeline moves gas in the opposite direction (for example, from the Marcellus region in Pennsylvania to points in the Midwest). This is why the pipeline system makes the perfect conduit for moving renewable gas around the U.S. This system can accept gas from a P2G plant (or almost any conceivable number of plants) and deliver it as the economics dictate.

The renewable methane system can be market based with P2G plants put in place to provide feedstock to offtake partners such as the railroads. For example, one could envision a CO2 harvesting facility at the Anheuser Bush Brewery (AHB) in St. Louis. A commercial electrolyzer (for making hydrogen) is put in place in close proximity to AHB and near a source for renewable energy, like a Midwest Wind Energy wind farm. The methanization occurs in the facility where CO2 and hydrogen are brought together appropriately. Offtake agreements to consume the renewable methane are put in place. This methane either gets supplied directly to local customers (remember all seven Class I railroads interchange in St. Louis) or is “wheeled” (directed to the offtake partners using the natural gas pipeline system) to customers. The renewable methane gets put it in the distribution system and is paid for by the user.

What are the results? The methane is sold to the consumer (a railroad) who receives carbon neutrality credits for using renewable methane. AHB is putting less CO2 into the atmosphere. The cost of distributing the renewable methane once it is put it in the distribution system is paid for by the user, and in most cases these costs are very low since the installation costs for the gas pipeline system were paid by the utility system. The user gets the bill and the credit for the use of the gas. The actual molecule of methane gets used at the point of sale. The whole bubble of the atmosphere is in balance.

There is a three-step pathway to carbon neutrality. It begins by moving from diesel to CNG and establishing an infrastructure that can be universal for the interchange system. Making CNG a ubiquitous fuel in North American rail will initiate the process. Commonplace usage of CNG and CNG tenders will allow for smoother implementation of a carbon-neutral solution.

Key to this strategy is that it starts with a change that can occur now. There are reductions in emissions and cost. The additional opportunity for carbon neutrality that is made available provides vision for the future path to railroad sustainability. This systemwide opportunity is the most straightforward, cost-effective and immediately available strategy. No other approach to carbon neutrality can utilize the percentage of existing assets, work within the exiting North American rail system and allow for a smooth systemwide transition.