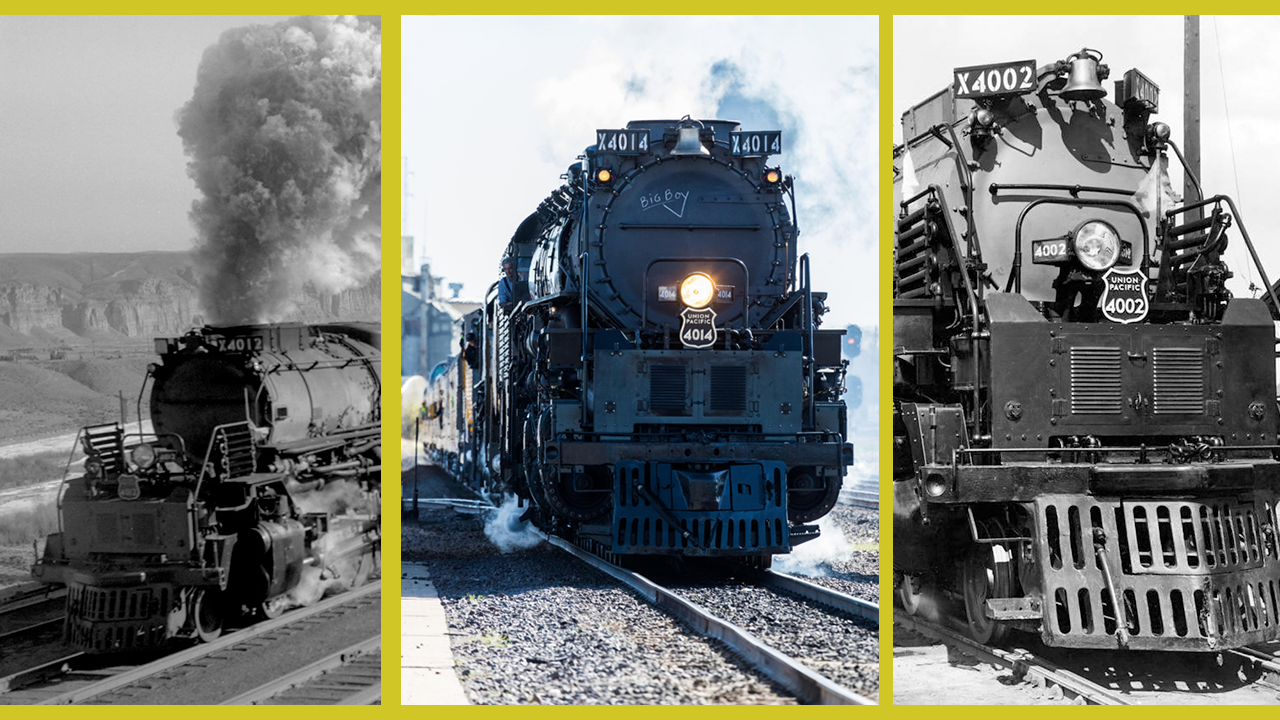 Union Pacific’s (UP) articulated 4-8-8-4 “Big Boy” No. 4014—one of the largest and perhaps most famous steam locomotives ever built—was to head on a month-long tour this summer, but the trip has been postponed.

UP on April 22 announced it would instead “focus its efforts on easing supply chain congestion. The tour had been scheduled to depart Cheyenne, Wyoming, June 26 [to celebrate railroad heritage as well as UP’s 160th anniversary and the communities it serves].”

“We know many rail enthusiasts make travel plans and communities prepare to act as host, which is why we made this decision now,” said Scott Moore, Senior Vice President-Corporate Relations and Chief Administrative Officer. “We have a duty to continue our efforts to reduce supply chain congestion and provide customers the service they deserve; given the impact of a steam tour on our operations that focus must be our priority.”

UP said it “will communicate updated plans for a steam tour once service performance levels return to normal. For information regarding the Big Boy and future tour information, join the Union Pacific Steam Club at http://up.com/SteamClub.”

The summer tour would have covered six states—California, Idaho, Nevada, Oregon, Utah and Wyoming—with brief “whistle-stops” (see route map above). The 1.1 million-pound unit was also to have been on display in Sparks, Nev.; Roseville, Calif.; Portland, Ore.; and Boise, Idaho. The “display days” were to have offered “Experience the Union Pacific Rail Car,” a multi-media walk-through exhibition providing “a glimpse at the past while telling the story of modern-day railroading,” and live Q&As with the UP Steam Crew.

This would have been the second tour for the 81-year-old locomotive since UP restored it for 2019’s “Great Race” tours commemorating the 150th anniversary of the transcontinental railroad’s completion. The Class I railroad reacquired the unit in 2013 from the RailGiants Museum of Pomona, Calif, and set out on a five-year restoration at UP’s Steam Shop. (The locomotive had been in retirement for six decades previously).

The units saw service until their fires were dropped for the last time in 1961. Eight survived. No. 4014 is the only Big Boy in operation; the other seven are on display in Cheyenne; Denver, Colo.; Frisco, Tex.; Green Bay, Wis.; Omaha, Neb.; Scranton, Pa.; and St. Louis, Mo.

“The Big Boy was delivered to Union Pacific in December 1941 and helped carry the nation through World War II,” said Scott Moore, UP Senior Vice President-Corporate Relations and Chief Administrative Officer. “It now serves as a reminder of our history and how rail is the backbone of America. The tour last year brought out about 1.1 million people from the communities we serve. …”