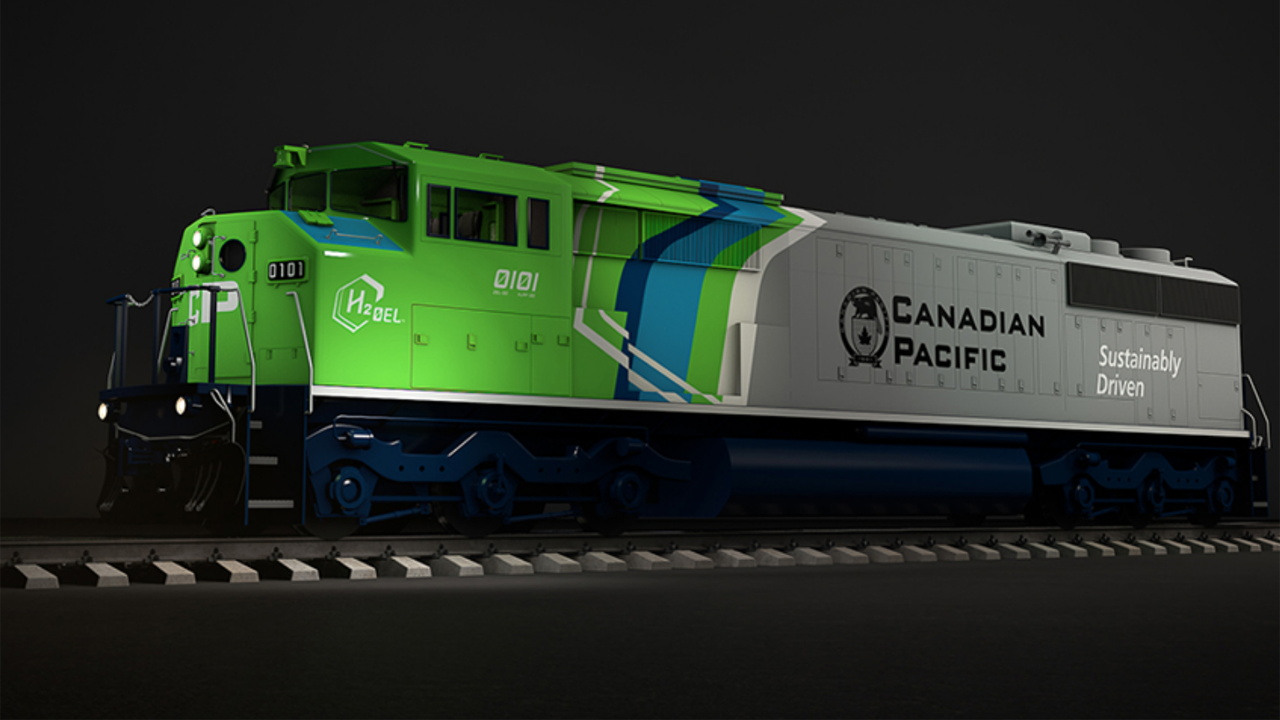 CP ordered six 200-kilowatt fuel cell modules from Ballard in March 2021 as part of its original program, which would retrofit an existing diesel-electric linehaul locomotive with hydrogen fuel cell (HFC) and battery technology to power the electric traction motors. In November 2021, the Class I railroad received a $15 million 50% matching grant from Emissions Reduction Alberta (ERA) to expand the initiative to three locomotives (now two linehaul units and one switcher), install hydrogen production facilities at two locations, and create a “global center of excellence in hydrogen and freight rail systems” in Alberta. It built on the $15 million CP already planned to invest in the program in 2021.

“We are excited to deepen our collaboration with CP and accelerate the energy transition,” Ballard President and CEO Randy MacEwen said. “The expansion of CP’s Hydrogen Locomotive Program is illustrative of the confidence in Ballard’s fuel cell technology and the important role hydrogen fuel cells will play in decarbonizing heavy-duty motive applications, such as freight locomotives.”