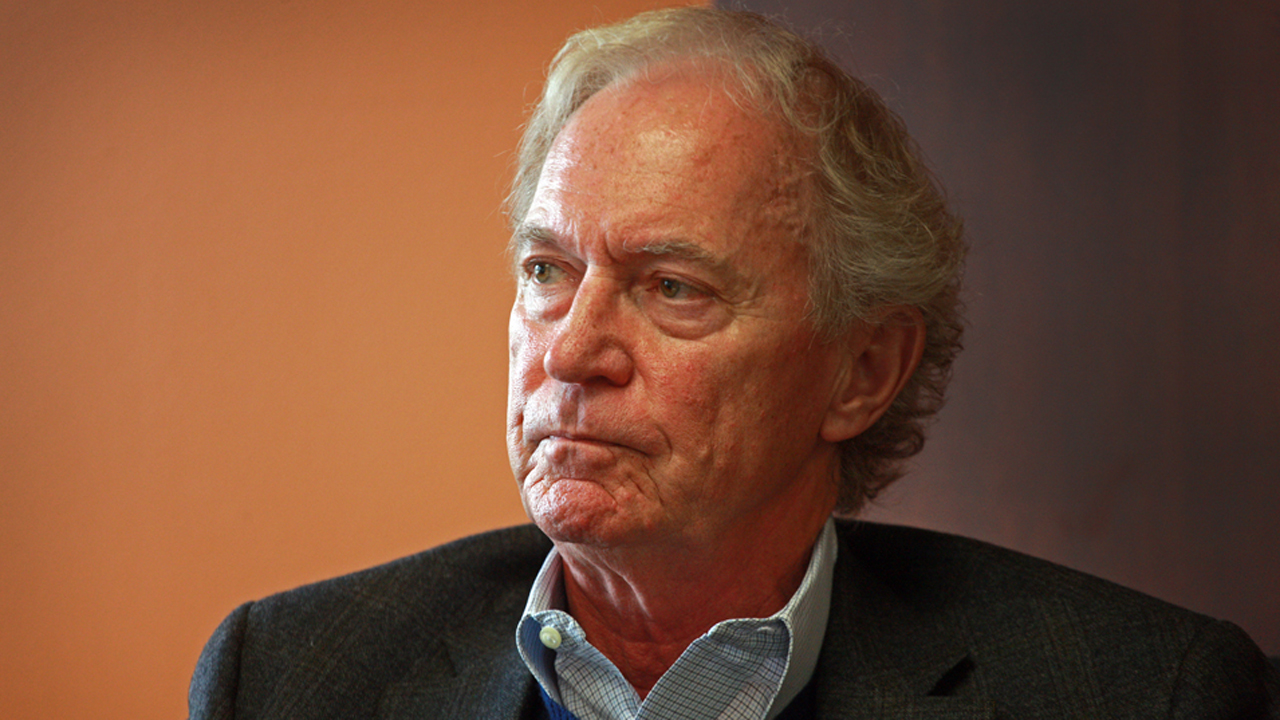 Greenbrier Chairman and CEO Bill Furman will continue in his current position for up to two more years, retiring in 2022.

Greenbrier reached its $1 billion liquidity target through “a combination of cash, borrowing capacity and spending reductions.” Liquidity consists of $735.3 million in cash and available borrowing capacity of $136.8 million; lower capital expenditures of $50.0 million, reduced annualized selling and administrative expense of $30.0 million, and reduced annualized overhead expense of $65.0 million. The company generated operating cash flow of greater than $220 million from “decreases in working capital and robust syndication activity” that offset a working capital increase in the first six months of the year, resulting in nine months year-to-date operating cash flow of $89 million. A diversified new railcar backlog consisted of 26,700 units with an estimated value of $2.7 billion, including orders for 800 railcars valued at approximately $65 million received during the quarter.

Adjusted net earnings attributable to Greenbrier for the quarter were $35.1 million, or $1.05 per diluted share, excluding $7.3 million, net of tax, ($0.22 per share) of integration and severance expenses. An effective tax rate of 41.2% “reflects unfavorable discrete items impacted by exchange rate volatility. Adjusted EBITDA for the quarter was $99.9 million, or 13.1% of revenue.

“Greenbrier delivered strong operational results in the quarter while maintaining a constant focus on the safety and health of our employees through the pandemic and its related economic shocks,” said Furman. “Third quarter performance reflects our near-term priorities of keeping our factories operating under essential industry status, significantly increasing liquidity and adjusting our capacity to align with our evolving demand expectations. Entering the fiscal fourth quarter Greenbrier’s cash position was $735.3 million. As we increased cash, our net debt decreased by more than $190 million, the lowest level in four quarters. We have taken difficult measures required to achieve our liquidity and cost reduction targets. Greenbrier is exceptionally well-positioned to compete and succeed during this weaker period in the economy and our core markets.”

The COVID-19 pandemic “has crystalized Greenbrier’s strategy for the balance of fiscal 2020 and into fiscal 2021,” the company said. “Most important, we are protecting our employees from its spread within the work environment. Since forming an incident response team to address the then-emerging crisis in late February, we have worked diligently to protect employees from the spread of COVID-19 while working in Greenbrier facilities. To date, a small fraction of our total workforce of more than 13,000 employees have tested positive. We are very pleased that all affected employees have or are expected to recover.

“Community spread of COVID-19 has increased in recent weeks in many areas where we operate, requiring additional vigilance and employee communications. We are working toward maintaining a low incident rate of COVID-19 among our employees by remaining focused on their health and enhancing the preventative and remedial actions of the rapid response teams across the company.

“We are also preserving the near-term and longer-term financial health of Greenbrier in response to the economic consequences of the pandemic. Maintaining cash flow and liquidity are essential components of Greenbrier’s current operating strategy. We have addressed our cost structure by reducing operating expenses and capital expenditures. Selling and administrative expenses for the quarter were $49 million, and we expect further reductions in the fourth fiscal quarter. We have also executed a temporary restructuring of the GIMSA joint venture [in Mexico] to improve profitability and cash flow for the partners. Depending on production scheduling, this restructuring alone could provide more than $40 million of cash to Greenbrier through the first half of fiscal 2021 with an accompanying boost to earnings.

“Greenbrier continues its manufacturing rationalization programs across our North American production network in response to current levels of demand. In the first three quarters of the year, we closed 11 railcar production lines and continue adjusting capacity to align with the demand outlook. As a result of these actions, total employment in North America has been reduced by about 40%, or about 5,300 employees, including both staff and production employees at the end of the third quarter.

“Despite these pressures, Greenbrier’s Manufacturing business delivered a total of 5,900 units in the quarter. Based on current backlog, we are left with minimal open production capacity for the remainder of both the fiscal and the calendar year. Over the past 18 months, Greenbrier has accomplished many strategic objectives, including the acquisition of the manufacturing business of ARI, the largest in our history. These initiatives have produced a strong franchise, highlighted by industry leadership, product and geographic diversity. While the rail sector globally has been weaker recently than normal, it is an important and vitally strategic industry to all economies worldwide. We expect its recovery will be a leading indicator of the broader economic recovery, post-pandemic.”

Bill Furman has agreed to continue in his current position for up to two more years with reduced compensation, retiring in 2022. As part of the Greenbrier’s ongoing succession planning process, he will retire from all executive offices in September 2022. Furman volunteered to continue with reduced total compensation and to extend the current voluntary reduction of his base pay, and also, agreed to forgo any annual performance-based bonuses for Fiscal 2020 and Fiscal 2021 in the form of cash and instead will receive company stock. Furman “receives no stock or cash compensation awards in connection with his revised agreement,” the company said. “He will be eligible for equity grants in the normal course of annual equity compensation programs. The release of Furman’s equity grants will be heavily weighted toward achieving company performance metrics along with goals tied to CEO succession.”

On May 15, Furman increased his personal stock ownership in Greenbrier with a purchase of 100,000 shares at a total cost of $1.6 million. Including restricted stock units (RSUs) releasable at target performance, Furman now holds more than 600,000 shares or RSUs. “In my opinion, Greenbrier’s share price is undervalued,” stated Furman. “We have strongly advanced our strategic market and product position over the past 18 months in North America and have done the same on three other continents. I look forward to working with our Board and key executives through this period of uncertainty to continue to build Greenbrier’s strength and industry leadership for the future. I expect stronger financial performance as the impact of COVID-19 lessens and the economy improves over time, allowing the market dynamics in our industry to normalize.”

At Furman’s recommendation, the Compensation Committee of the Board awarded a special one-time stock grant to President and Chief Operating Officer Lorie Tekorius, “who stepped into her new role last year with no base salary increase while taking on greatly increased responsibilities during unprecedented times,” the company said.

“Lorie has performed extremely well, both in operating and commercial leadership, and in leading our teams responding to the COVID-19 crisis,” Furman said. “Greenbrier has accomplished immediate, targeted reductions in costs, and has carried out aggressive liquidity management and appropriate business strategies. One-third of Lorie’s stock will be tied to specific business goals to be executed within 12 months, and the remainder will vest ratably on the two- and three-year anniversaries of her grant.”

Greenbrier said its Board took all of these actions “to ensure the continuity of an experienced leadership team for two more fiscal years through its fiscal 2022. These actions also provide for effective succession and management transitions, along with continued development of Greenbrier’s executive talent pipeline. The current COVID-19 crisis and accompanying environment of economic uncertainty requires an experienced industry and management team to lead Greenbrier through extraordinary times. All key executives at Greenbrier have an ongoing commitment to leadership development and succession planning. Effective management through the pandemic and the current economic uncertainty is the company’s most pressing priority.”

Greenbrier’s adjusted fiscal 3Q20 EPS of $1.05 was above last year’s result of $0.89 and the $0.46 reported in this fiscal year’s second quarter. “This represented a big beat to our and consensus estimates of $0.23 and $0.14, respectively,” said Cowen and Company analysts Jason Seidl (Railway Age’s Wall Street Contributing Editor), Matt Elkott and Adam Kramer. “This is as production, both to third parties and for syndication, exceeded our forecast, and due to aggressive cost cuts and capacity rationalization in recent months. Additionally, interest and foreign exchange, tax, minority interest and asset dispositions had a net favorable impact of roughly $0.09/share relative to our model assumptions. The [GIMSA] joint venture renegotiation likely affected the results positively as well.”

Greenbrier’s orders of 800 units were below Cowen’s estimate of 1,200 units, and a “big drop” from the 8,500 units of orders received in the prior fiscal quarter. But investors “will likely look beyond that given the solid backlog and management’s strong execution. We believe that the preemptive cost and capacity actions the company had been planning earlier this year to deal with a cyclical downturn have proven to be critically important in navigating the extraordinary macro challenges brought about by the pandemic.”

“Worse-than-expected economic downturns could pressure demand for industrial manufacturing,” the Cowen analysts said, in commenting on its Outperform rating for Greenbrier shares. “Lower demand for freight rail transportation could negatively affect GBX’s railcar backlog. The freight and industrial manufacturing sectors are highly cyclical, and the markets in which GBX operates are no exception. In a rising demand environment, GBX may not be able to ramp up its manufacturing capacity quickly enough to fully capitalize on the increased demand, while in a contraction the company may not be able to ramp down quickly enough to avoid material earnings declines. Manufacturing tends to also be choppy, with backlog changes and order levels being difficult to predict. This could lead to earnings volatility that could manifest in the stock performance. Unfavorable government regulations and currency fluctuations could also negatively affect GBX’s earnings.” 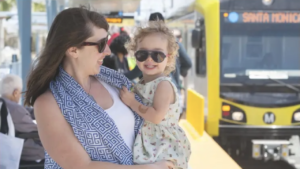 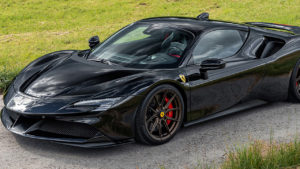 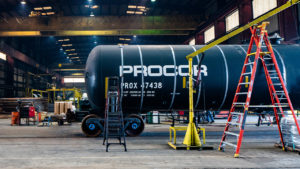