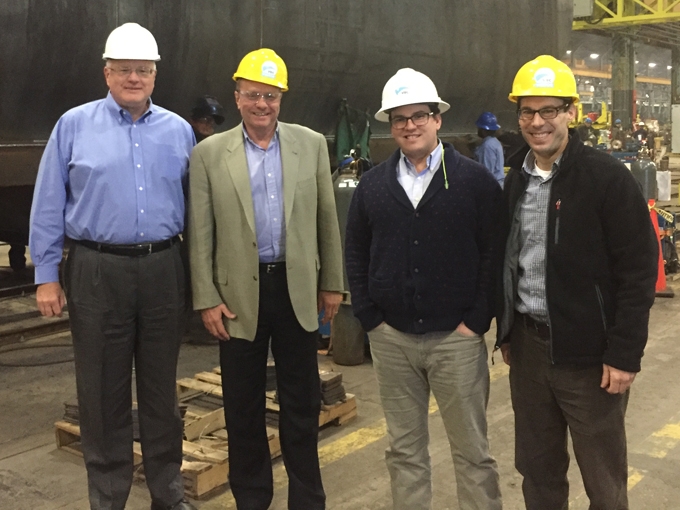 Vertex Railcar Corp’s new freight car manufacturing facility in Wilmington, N.C., is being outfitted to produce 8,000 cars per year. However Vertex CEO Donald Croteau says that with the company’s ramp-up and with “market conditions being the way they are,” he expects that this year’s output will be between 2,500 and 3,000 cars.

In the past 12 months, Vertex has entered into a joint partnership with China South Locomotive & Rolling Stock Corporation Limited (CSR), one of the largest railcar manufacturers in the world; completed one of three production bays at its Wilmington facility; received the two AAR certifications; hired nearly 200 people; built its first hopper cars; and built a rail spur to move completed cars out of the facility.

“Last year was a big year for Vertex, one of growth and opportunity,” said Croteau. “We transformed an abandoned manufacturing facility into a state-of-the-art railcar manufacturing operation, and produced our first railcars in North Carolina. We achieved our most critical goal for 2015—certification to proceed with mass production of freight cars at Vertex in Wilmington.”