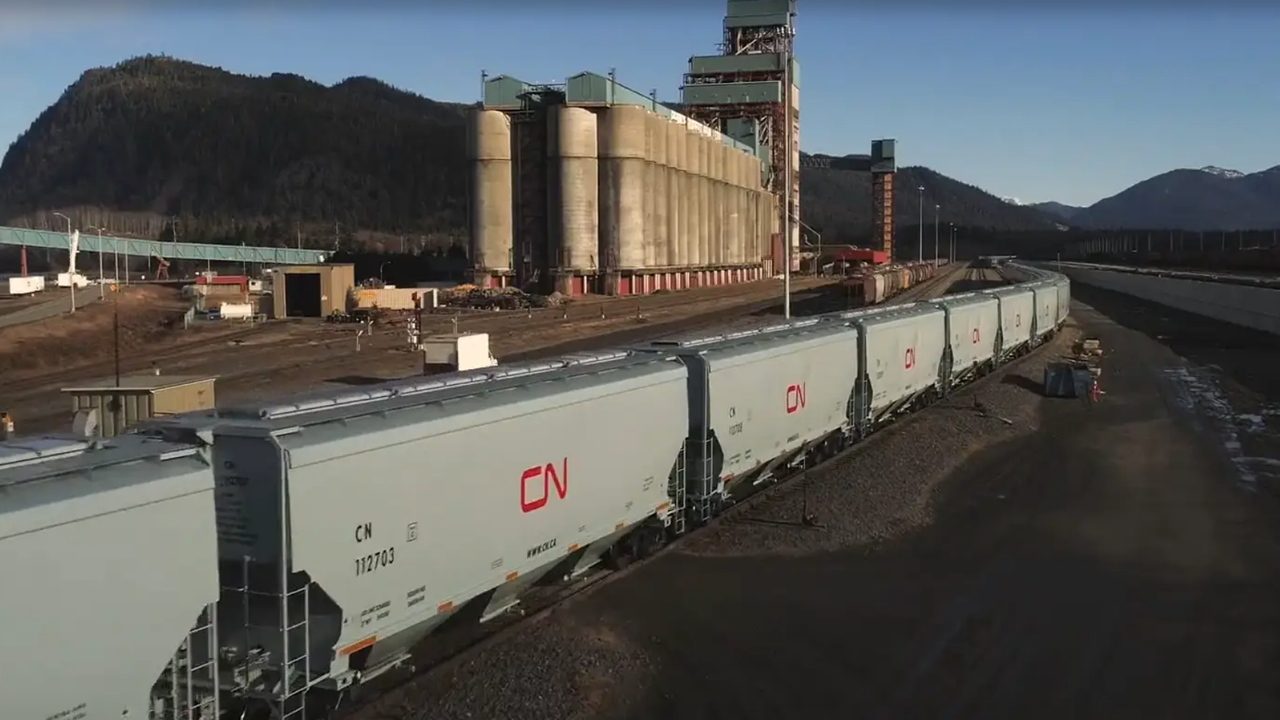 CN largely attributes its continued ability to deliver record grain volumes to its long-term investment strategy, which includes adding new high-capacity hoppers. It ordered 1,000 this month and 1,500 in July 2020.

CN reported May 7 it will purchase 1,000 high-capacity hopper cars from TrinityRail, a move that follows 14 consecutive months of record grain hauls as demand continues to grow in Canada and abroad.

CN has largely attributed its ability to deliver record grain volumes to its long-term investment strategy. The new-car order is part of a program to build and renew a fleet of 6,000 hoppers over the next three years. In July 2020, the Class I railroad announced it would acquire 1,500 new-generation, high-capacity hoppers from National Steel Car, with delivery starting in January 2021.

The TrinityRail “cars will be manufactured in Mexico and will help move more grain across the CN rail network, which continues to make CN the embodiment of a true USMCA railroad,” CN President and CEO JJ Ruest said. “In addition to our superior proposal to combine with KCS [Kansas City Southern], this is a step further in our vision of seamlessly connecting ports and rails in the United States, Mexico and Canada, and of providing superior service, enhanced competition and new market access to move goods across North America efficiently and safely.”

“CN’s grain movement has been resilient during the pandemic, achieving 14 straight months of record Canadian grain volume shipments,” Executive Vice President and COO Rob Reilly noted (see details below). “By purchasing additional hopper cars, we are strengthening our commitment to grain farmers, grain customers and the overall supply chain to support and expand our movement of grain to international markets as demand continues to increase.”

“Today’s great announcement by CN of 1,000 new high-capacity hopper cars builds on their success of month-over-month records for grain movement amid record high grain prices,” added Marie-Claude Bibeau, Minister of Agriculture and Agri-Food, Government of Canada. “The Transportation Modernization Act our Government passed in 2017 also helped incentivize these kinds of investments. All of it points clearly to an even brighter future on the horizon for Canadian grain farmers and the entire grain value-chain.”

As for containerized grain shipments direct from western Canada, they are also on record pace, with more than 860,000 metric tons shipped crop year-to-date, in addition to the tonnage shipped from eastern Canada, according to the railroad.