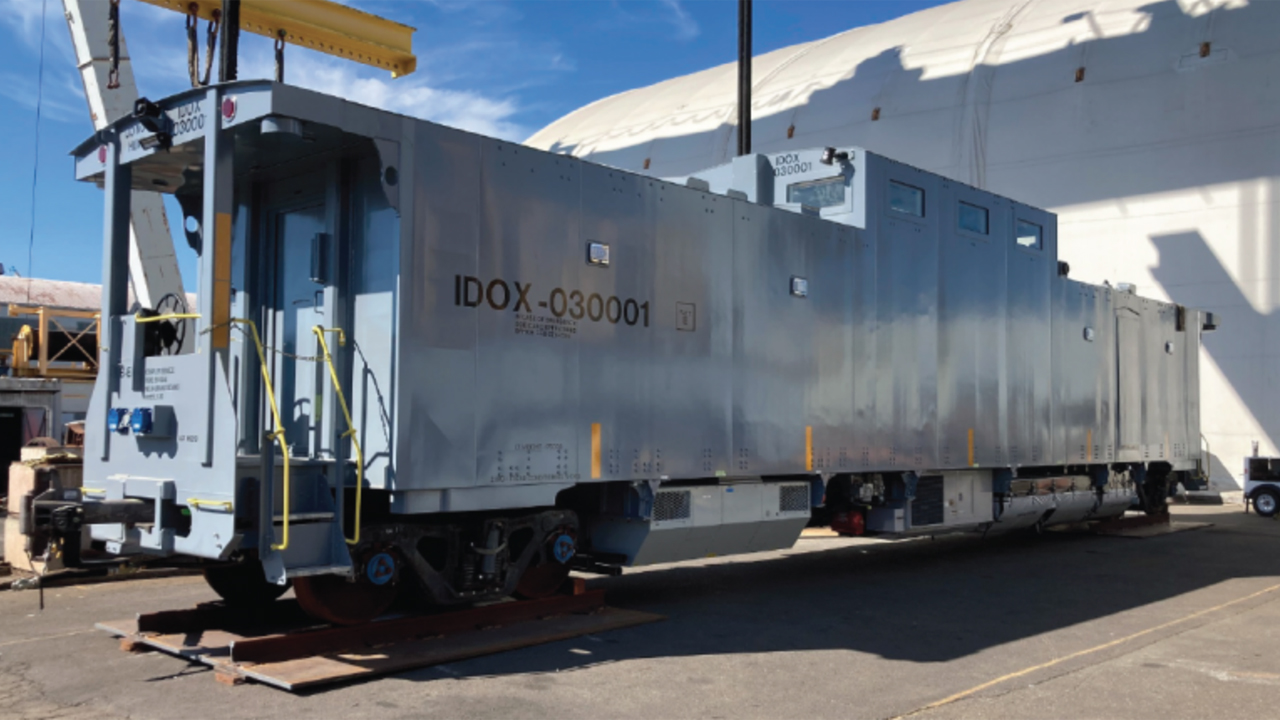 The U.S. Navy and the U.S. Department of Energy (DOE) have developed a new Rail Escort Vehicle to transport security personnel during the shipment of spent nuclear fuel and high-level radioactive waste; it is on its way to the Transportation Technology Center, Inc., (TTCI) for the final phase of testing.

While the Rail Escort Vehicle offers “a comfortable living and working environment for the security personnel on board, it is no ordinary caboose,” DOE’s Office of Nuclear Energy reported on Jan. 11. It was designed to provide “enhanced security, communication and surveillance capabilities” compared with the existing Naval Nuclear Propulsion Program escort vehicles, which are near the end of their service life. The DOE contributed more than $10 million to the project.

TTCI, which conducted single-car performance testing on an early prototype, will start multiple-car testing in late February, according to the Office of Nuclear Energy.

At the TTCI test site near Pueblo, Colo., the Rail Escort Vehicle will be “connected to Atlas, a 12-axle railcar being developed by DOE, and buffer railcars to form a complete train,” the Office said. “The entire train will then undergo two years of multiple-car testing, which will allow DOE to achieve initial operations capabilities as early as 2024.”

“The REV [Rail Escort Vehicle] is the last piece of the puzzle in completing a railcar system to safely transport the nation’s spent nuclear fuel,” said Patrick Schwab, Atlas Project Manager for the Office of Nuclear Energy. The “railcar system” is required by DOE to transport spent nuclear fuel to disposal and storage facilities across the country, according to the Office.

“This project is a prime example of the great collaboration between DOE and the Navy and will further serve the nation’s naval nuclear propulsion program, as well as our civilian reactors, which currently supply more than half of our nation’s clean energy,” Schwab said.