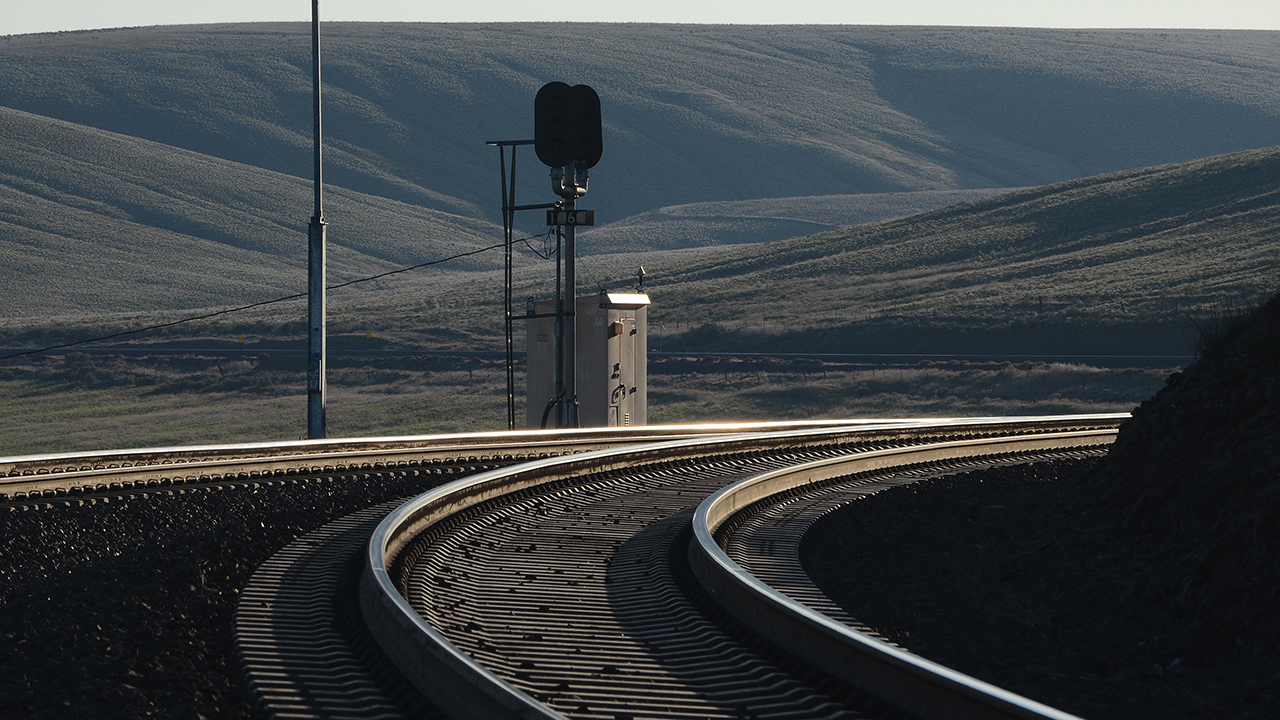 MxV Rail R&D, Railway Age July 2022 Issue: As part of the Association of American Railroads (AAR) Car and Truck Systems Strategic Research Initiative project, MxV Rail (formerly TTCI) was tasked by the Research Committee to determine whether it is judicious to include turnout negotiation in the AAR Manual of Standards and Recommended Practices M-976 specification requirements. This question was raised based on two factors: 1) the number of derailments occurring in yards and at turnouts each year, and 2) the M-976 specification currently does not require the assessment of a truck’s ability to negotiate special trackwork.

The evaluation of the inclusion of turnout negotiation was based on NUCARS® simulations of a freight car with both nominal and worn trucks. Standard covered hopper cars, one empty and one loaded, were combined with the two truck conditions and were used for the evaluation. The worn freight truck model was created by constructing a NUCARS® model and updating the suspension characteristics to match the vehicle response of a worn freight truck measured during dynamics tests. The nominal freight truck model eliminated the wedge rise and restored the preload of the constant-contact side bearings to its nominal value.

NUCARS® simulations were performed with four combinations of car and truck conditions negotiating nominal Number 8, 10, 15 and 20 turnout designs. All simulations used new AAR-2A wheel profiles on new 136RE rail profiles with a 10-inch crown radius and a 1:40 rail cant. Additionally, simulations were conducted with these car and truck combinations negotiating a Number 10 turnout at different speeds. The performances of these combinations through the Dynamic Curving regime, as defined by the M-976 specification, were also assessed. The turnout and Dynamic Curve simulation results were processed according to the M-976 specification requirements. The statistics related to the maximum wheel lateral-over-vertical force (L/V) ratio and minimum vertical load of the empty car were calculated and compared to the performance criteria defined in the M-976 specification. The maximum wheel L/V ratios for the empty and loaded turnout simulations are shown in the top two plots of Figure 1 with the loaded Dynamics Curve simulations L/V ratios shown in the bottom plot. For the turnout results, shorthand was used to indicate the turnout number (#15 for example), the truck type (“W” for worn and “N” for nominal), the axle number and the turnout section (“S” for switch; “C” for the lead curve).

The results showed that the lead truck axles performed the worst in the switch portion, with the Number 8 and 10 turnouts resulting in the worst vehicle performance. Vehicle speeds had little influence on the results of the Number 10 turnout. The turnout performance was qualitatively compared to the performance of the freight trucks throughout the Dynamic Curve regime. The Dynamic Curve regime covered the speeds used for the turnout simulations. The turnout simulations did not show a high sensitivity to vehicle speeds and maintained a decent margin from the limit, while the Dynamic Curve results highlighted the poor performance at resonance speeds and resulted in the exceedance of the limits for the worn truck.

NUCARS® is a registered trademark of Transportation Technology Center, Inc.