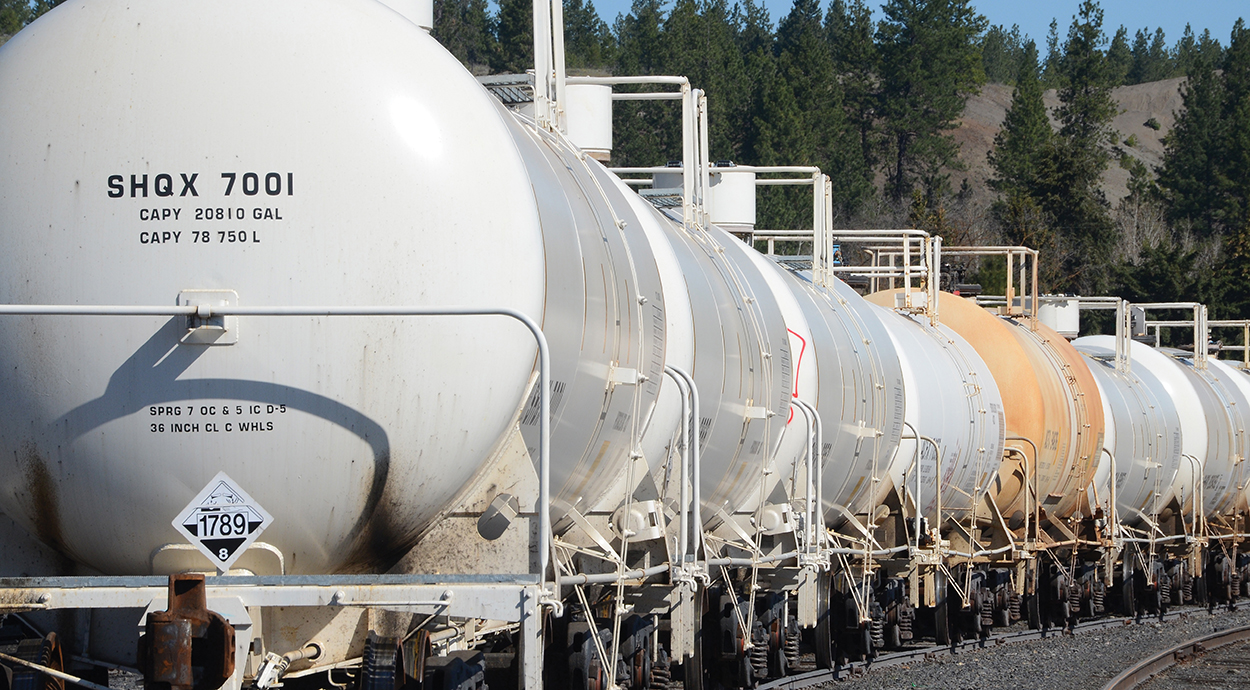 RAILWAY AGE, APRIL 2022 ISSUE: Railinc’s annual analysis of the North American revenue-earning fleet reveals that the total fleet decreased in 2021 with all car types accounting for the loss. The average age of cars in the revenue-earning fleet was up, and new cars again trended large, with the majority having gross rail loads (GRL) of 286,000 pounds.

This report from Railinc represents the period ending Dec. 31, 2021. It provides an industry overview of the North American railcar fleet, detailing essential rail equipment statistics and overall rail equipment trends. Railinc compiled all data in the report from its Umler® system, a powerful tool for tracking the physical characteristics, transportation management, and pool assignments of virtually every piece of rail equipment in North America. It has more than two million pieces of rail equipment data in its inventory and nearly one million real-time updates each month.

The revenue-earning fleet is a subset of the North American rail fleet that is largely composed of freight cars that can be used in interchange service and against which an interline waybill can be placed. In context, the revenue-earning fleet totaled 1.62 million units at the end of 2021, while the total count for railroad equipment of all types was 2.07 million units. That total is the result of the inclusion of locomotives, end-of-train (EOT) devices, and other miscellaneous non-revenue earning equipment in the total fleet count.

Because not all intermodal trailers and containers are registered in the Umler® system, Railinc does not report them as part of the revenue-earning fleet.

All car types in the revenue-earning fleet recorded losses. It was the 12th consecutive year of decline for hoppers, down 5.9%. Gondolas were also down, by 3.4%. Boxcars—the least populous car type—were down by 1.8%.

The trend of GRL 286 cars predominating among additions to the revenue-earning fleet continued in 2021. The number of GRL 286 cars added to the fleet declined by about 7% in 2021. However, these cars accounted for 96% of all new additions in 2021 and about 86% in the past decade. 2021 marked the first year no GRL 220 cars were added to the fleet. Larger cars enable operational efficiencies that reduce costs and ease logistics challenges.

Fewer than 30,000 new cars have joined the revenue-earning fleet in each of the past two years (see Figure 3.) 2021 saw the third-lowest total of new cars added since 2000.

More than 700 equipment type codes (ETCs) appear in the Umler® equipment registry. Of those, 10 ETCs accounted for 53% of the revenue-earning fleet in 2021. For the seventh time since Railinc began producing this report in 2011, nine of the top 10 car types were either tank cars or covered hoppers—the two largest car types in the revenue-earning fleet. The 2021 rankings saw a slight change compared with the previous year, with T389s rising one spot to seventh place, which moved T108s to eighth place.

In the past decade, the boxcar population has decreased, which has driven down the total boxcar fleet capacity. Large boxcars have joined the fleet, which led to an increase in average car size, but not at a fast enough rate to offset the population loss.

From 2011 to 2016, this report presented data on individual car types grouped by their capacity and GRL, which is the sum of the weight of the car and the lading within the car, and represents the maximum allowed loaded weight of the car. As of 2017, the report now presents select car types by the kinds of commodities they carry. This provides a more nuanced view of these car types. For example, while covered hoppers carry grain, sand, plastic pellets and other commodities, the types of covered hoppers that transport each commodity are very different in their characteristics.

Railinc continues to present boxcars grouped by GRL because they transport a variety of goods.

Plastics: Covered hoppers are commonly used to ship plastic pellets. This subfleet added about 9,000 cars in the past two years, about 20% of what was added in the previous 10 years combined. C214 cars comprise nearly the entire commodity subfleet, make up 9% of the entire revenue-earning fleet, and are the second-largest equipment type. New railcars have trended large. Of the cars added to the plastics subfleet in the past 20 years, about 94% have a capacity of 6,000 cubic feet or more.

Grain/Fertilizer: Railroads move grain and fertilizer in large covered hoppers. The grain and fertilizer subfleet added about 12,000 new cars in the past two years and make up about 17% of the revenue-earning fleet. Two types of covered hoppers—C114 and C113—account for about 96% of this subfleet and are in the top five of the most populous equipment types in the revenue-earning fleet. Larger covered hoppers with capacities of at least 5,000 cubic feet have made up nearly 88% of the additions to the commodity subfleet in the past 20 years.

Sand & Cement: Railroads move sand and cement using small covered hoppers. Over the past 10 years, the revenue-earning fleet has added almost 64,000 covered hoppers with an equipment type code of C112. About 96% of the subfleet is comprised of C112s, which was the third-largest equipment type in 2021. Because of the density of sand and cement, the cars that carry these commodities tend to be smaller. Of the cars in the subfleet, almost all have a capacity of just over 3,000 cubic feet. Only about 4% of the sand and cement cars have capacities less than 3,000 cubic feet, and practically no cars of this size have been added to the subfleet in almost 25 years.

Coal: This commodity is shipped primarily in gondolas and open hoppers. These cars still made up a sizable portion of the revenue-earning fleet in 2020 and 2021—11%, or 176,000 railcars. About 83% of those cars were added between 1990 and 2013. In the past six years, 67 of these cars have joined the fleet; in the past four years, none were added.

Aggregate: Commodities such as limestone and crushed stone are shipped in gondolas and open hoppers. The number of these car types added in 2021 and 2020 was down nearly 58% over the previous two-year period. More than half the cars in the aggregate commodity subfleet have been added in the past 16 years, though they make up only 2% of the total revenue-earning fleet.

Boxcar commodities: Boxcars are used to ship a wide variety of products from consumer goods to automotive parts. Boxcars are the least populous car type and are generally older than other car types. Boxcars with a GRL of less than 286,000 pounds make up about 40% of this car type. Most were built more than 40 years ago.

The North American revenue-earning railcar fleet shrunk in 2021. The total size of the fleet decreased for the second time in a decade—down 1.4% at year-end 2021 compared with  year-end 2020. All subfleets contracted, with hoppers declining the most (5.9%), followed by gondolas (3.4%) and boxcars (1.8%). The average age of cars in the revenue-earning fleet increased to 19.8 years, suggesting new cars are joining the fleet at a slightly lower rate than older cars are exiting. GRL 286 cars continue to predominate among new additions to the revenue-earning fleet. This size car accounted for about 96% of all new additions to the fleet in 2021. Larger cars enable operational efficiencies that reduce costs and ease logistics challenges.

Railinc is a wholly owned subsidiary of the Association of American Railroads. For more information, and to download this report and related materials, visit www.railinc.com.