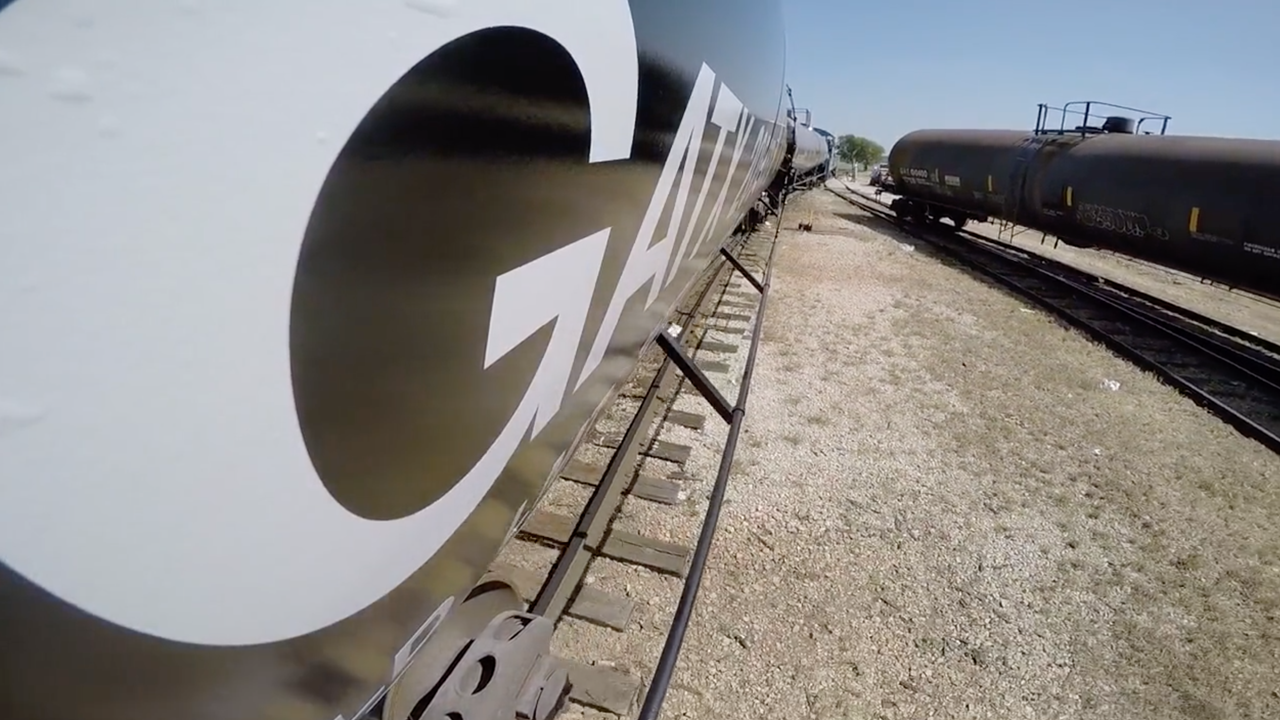 “Demand for the majority of railcar types in our fleet remains robust, and absolute lease rates increased sequentially for the eighth consecutive quarter,” GATX President and CEO Robert C. Lyons said during a second-quarter 2022 financials report. (Photograph Courtesy of GATX)

“Despite ongoing macroeconomic uncertainty, the operating environment remains strong across our global railcar leasing markets,” GATX President and CEO Robert C. Lyons said during a report on second-quarter 2022 financials, which included Rail North America fleet utilization of 99.4% and a renewal success rate of 87.7%.

“Demand for the majority of railcar types in our fleet remains robust, and absolute lease rates increased sequentially for the eighth consecutive quarter,” continued Lyons, who took over leadership of the Chicago-based company on April 22, following Brian A. Kenney’s retirement. (Kenney will remain on the GATX Board as Non-Executive Chairman until Oct. 31, 2022.)

Lyons reported on July 21 that investment volume was nearly $685 million for the six-months ended June 30, 2022, and that GATX continues to “take delivery of new railcars to meet customer demand worldwide. Based on current strength in the global rail markets and a robust secondary market for railcars, we are increasing our 2022 full-year earnings expectations to be in the range of $5.60 to $6.00 per diluted share, excluding any impact from Tax Adjustments and Other Items.”

For the three-months ended June 30, 2022, GATX net income was $2.6 million (or $0.07 per diluted share) compared with $5.5 million (or $0.15 per diluted share) during the same period last year. Results for second-quarter 2022 “include net negative impacts of $35.9 million, or $1.00 per diluted share, from Tax Adjustments and Other Items,” GATX noted. “The most significant item was an impairment charge associated with the company’s planned sale of its five remaining marine vessels.”

“In this environment, our commercial team remains focused on improving lease rates while beginning to increase lease terms on many car types,” Lyons said.

GATX’s Rail International segment profit was $28.3 million in second-quarter 2022, up 3.66% from second-quarter 2021’s $27.3 million. Year-to-date 2022, segment profit was $53.2 million, up 8.55% from the prior-year period’s $49.1 million. “Results in the comparative periods were favorably impacted by more railcars on lease and negatively impacted by changes in foreign currency exchange rates,” according to GATX.

Lyons noted that in Portfolio Management, “the Rolls-Royce and Partners Finance affiliates performed as expected in the second quarter.”

More details can be found via the GATX Investor Relations website.

“Guidance was raised to a midpoint largely in line with expectations,” Cowen and Company Transportation OEM Analyst Matt Elkott reported on July 21. “The LPI was well above our estimate, while average term was below us but should begin rising. Rates improved for the eighth consecutive quarter. Utilization ticked up a bit. Demand remains strong. EPS was 7% below consensus and 14% below us, but the normal choppiness of asset sales is one key culprit. FX was also a headwind.”