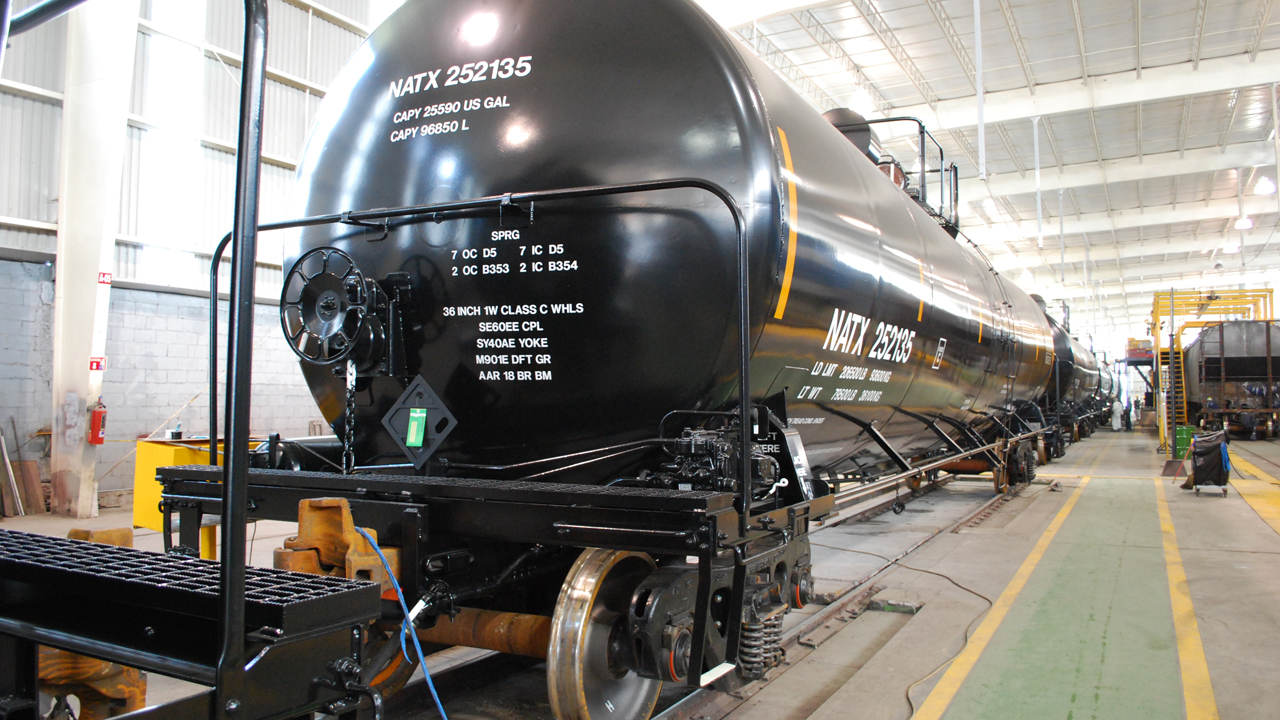 As evidence, according to the most recent forecast issued by Economic Planning Associates, freight car deliveries should reach nearly 60,000 units by 2022, driven by strength in boxcars, covered hoppers, mill gondolas, intermodal equipment, and tank cars.

The Greenbrier Companies, Inc. on Aug. 2 announced new orders totaling 5,000 units valued at more than $425 million received during the first two months of its fourth fiscal quarter that began on June 1, 2018, adding to the 6,000 units it announced just over a month ago. Orders comprise a broad range of railcar types, with an emphasis on double-stack intermodal units and boxcars, as well as automotive-carrying railcars, gondolas, covered hoppers and tank cars.

“This strengthens Greenbrier’s backlog and provides strong visibility entering fiscal 2019,” said Chairman and CEO William A. Furman. “Our strong North American business is shown by the new railcar orders received during the first two months of the fourth fiscal quarter. Almost all orders announced today originated from North America. U.S. railroads reported record intermodal loadings in June, while another 13 of the 20 commodity categories tracked by the Association of American Railroads saw monthly carload gains. June was the third straight month in which at least 14 railcar loading categories were up, the longest such streak since late 2014. Greenbrier is the established market leader in designing and manufacturing intermodal wells. We are seeing particular strength in intermodal, but the railcar markets that support the transport of automobiles, energy products and general cargo are also active.”

American Railcar Industries, Inc. (ARI) has entered into a long-term supply agreement with GATX Corp. to deliver a minimum of 7,650 railcars, consisting of tank and covered hopper railcars, through 2023 with a currently estimated backlog value of approximately $750 million. The agreement also includes an option for GATX to order up to an additional 4,400 railcars from ARI through 2023, subject to certain restrictions, including quantity levels of tank cars and covered hoppers in each year.

John O’Bryan, President and CEO of ARI, commented, “This agreement will provide a level of consistent and efficient production at our manufacturing facilities. A longer-term production plan will help us achieve our vision of world-class results in safety, quality and service, and will support our talented team members with a backlog that extends out for several years.”

FreightCar America, Inc., in reporting second-quarter 2018 results, said its “Back to Basics operational excellence program is gaining momentum.” FCA has raised its delivery outlook for full-year 2018 to range between 4,250 and 4,500 railcars, but “remains cautious about near-term market fundamentals.”

FCA’s backlog now totals 2,319 railcars with an aggregate value of approximately $190 million. The company completed all integration work associated with the acquisition of Navistar’s rail operations at the Shoals facility in Alabama, and entered into a definitive agreement to sell its idled Danville, Ill., production facility to The Andersons for $2.2 million.

“The second quarter marks another step in the right direction for FreightCar America,” said Jim Meyer, President and CEO. “Our marketplace remains extremely challenging with continued pressures on pricing, and our backlog includes several smaller production runs. However, we have made meaningful progress on our ‘Back to Basics’ operational improvement strategy and those efforts positively impacted our quarterly results. We are ahead of schedule on our previously announced plan to reduce our cost of goods sold by $3,000 to $4,000 per railcar by year-end. As a result, we are now increasing our goal to exit the year on a run rate of $4,000 to $5,000 in savings per railcar.

“Despite soft industry dynamics, our railcar deliveries of 1,185 units showed improvement to both year-over-year and sequential period deliveries. Our quarterly order total of 1,450 railcars is down slightly compared to the second quarter of 2017, but increased compared to the first quarter of 2018. All 1,450 of the railcar orders received were for new railcars.

Greenbrier’s 5,000-unit order and ARI’s 2Q orders and 7,650-unit agreement with GATX, combined with additional channel checks, “point to continued strong inquiry activity,” says Cowen and Company analyst Matt Elkott. “This boosts our confidence in our recently raised 2018 and 2019 production forecasts for the industry. We continue to favor Wabtec, TRN, Trinity, and Greenbrier.”

“Some of the second quarter’s incremental orders and some of the orders received thus far in 3Q18 are for delivery late this year,” Elkott notes. North American Class I traffic growth has accelerated to 5.3% quarter-to-date as of July 28, from about 4% in 2Q18, which in turn represented a doubling of the first-quarter increase. Meanwhile, although rail service has seen improvement from the late 2017/early 2018 levels, a degree of congestion has persisted beyond most expectations. As we face peak season and the possibility of weather events later in the year, rail service may not make the type of improvement the railroads may have hoped for earlier this year. This would further drive equipment demand.”

For ARI, Elkott says, “We would expect ARI to continue to garner a somewhat larger percentage of industry orders in the next few quarters than its historical market share due to the company’s outsized exposure to tank cars and covered hoppers, two car categories likely to continue to enjoy demand tailwinds for the foreseeable future. The significant GATX supply agreement positions ARII well for revenue growth and margin expansion in the next several years, and puts it in the spotlight as a key builder of tank cars and covered hoppers, two railcar categories with demand tailwinds. News of the deal could lead to better traction with prospective and existing customers. We maintain our Outperform rating and $50 price target.” 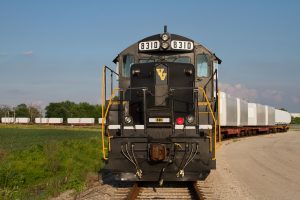 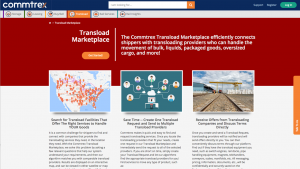 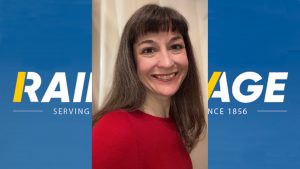 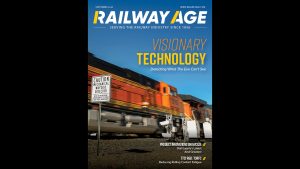 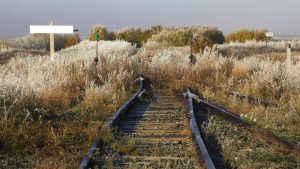 Alberta’s CBR Fiasco: NDP Clowns to the Left, UCP Jokers to the Right