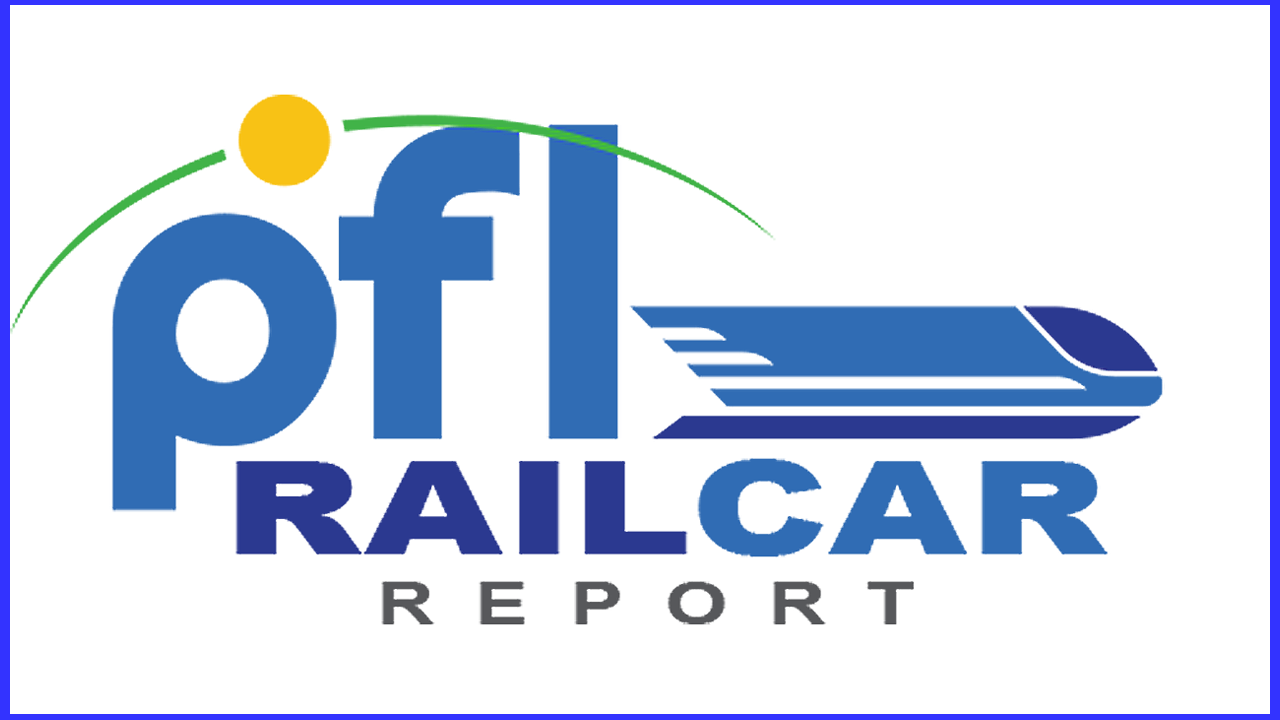 “Ethanol prices at Argo (Chicago) shot up 5 cents a gallon week over week as rail traffic came to a standstill and Midwest plants built inventory but could not get their product to market. CBR in West Texas does not look good right now. Expect to see some parking of [tank] cars in the short term. The basis in the Permian went from -20 to -2 overnight: 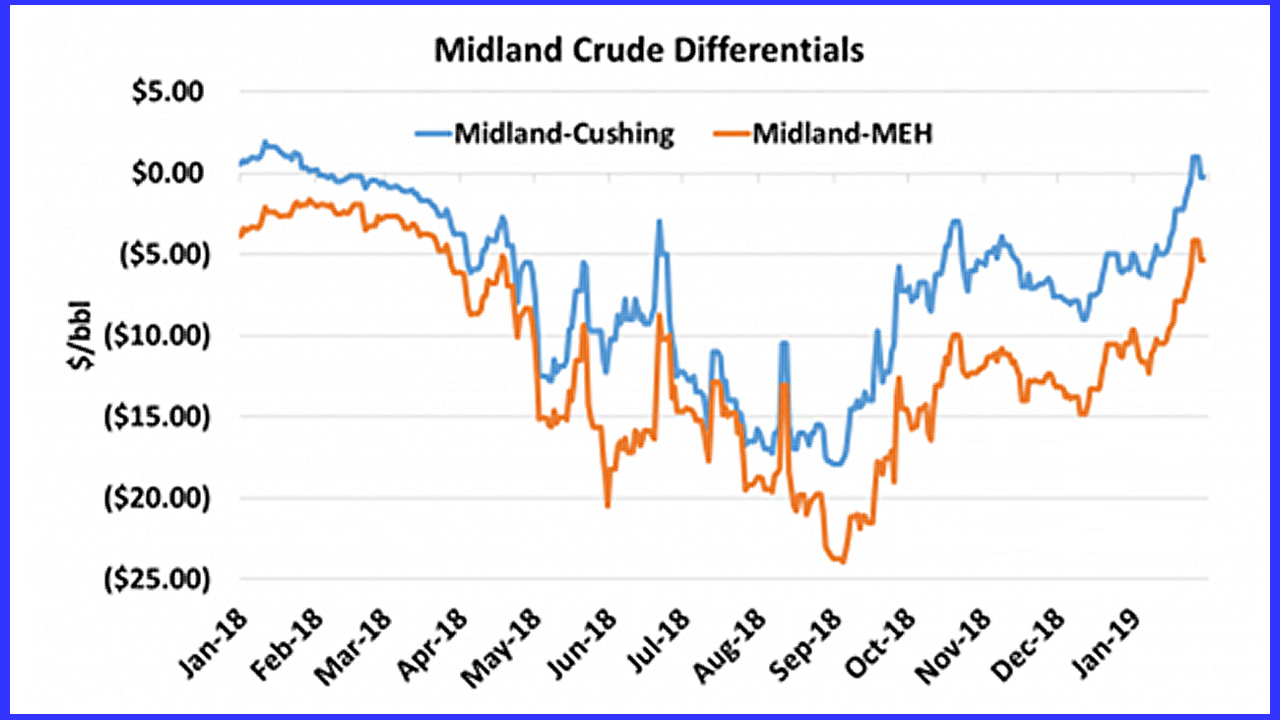 “In September 2018, Midlands discount to WTI (West Texas Intermediate) at Cushing blew out to almost -$18 per barrel, then narrowed to less than -$6 per barrel just three weeks later. This was due partly to the start-up of Plains All American’s 350,000 barrel per day Sunrise Expansion. As Sunrise started to fill up (line pack), price differentials initially widened but then traded to a low + $1/bbl premium to Cushing on Jan. 25.

“In 2018, pipeline takeaway capacity was very hard to come by, and most pipelines out of the Permian were full. Production in the area was growing at unprecedented rates, showing no signs of slowing. If you had pipe, you were making lots of money as transporting crude by pipe is cheap relative to any other form of transportation at roughly $1.35 per barrel (new capacity commitments). The bottom line: Traders were short supply going into February, supply was tight and basis got bid up.

“To make a long story short, production in the Permian had begun backing off its rapid growth rate well before January, but folks hadn’t quite seen it show up on their books until now. As the Midland market digests this recent change and recalibrates, spreads should normalize. There is still too much crude in the Permian and too little pipeline space leaving the region. If spreads widen to cover the cost of transportation, that would mean Midland moving back out to a discount of $2 per barrel or more to WTI at Cushing and $5 per barrel or more to MEH (Magellan East Houston, which serves as the pricing point for WTI on the Gulf Coast).

“Market participants who were long-haul-trucking barrels to Gardendale or San Antonio and have not hedged and locked in their sales prices may not be able to justify that extremely expensive move when the Midland-MEH spread is only $5 per barrel. The same can be said for pricey takeaway via CBR. We see some of those trucked and railed barrels moving back to pipelines. It does not mean that we will not see spreads blow out again in West Texas but it will be shorter lived: Producers will now accelerate drilling and the completion of wells as a rising petroleum complex warrants more drilling and completions given the net price a producer is now receiving with basis markets tightening. Keep in mind there is tremendous takeaway capacity hitting the market in 2019 and 2020. Enterprise Products Partners announced recently that it would be converting an existing NGL line to crude oil service in the second quarter of 2019.

“In Canadian CBR markets, the government of Alberta came out with a surprise announcement just before the start of February’s trade cycle announcing that it would release another 75,000 barrels a day of heavy, which was seemly done to help alleviate the crisis in Venezuela. The U.S. says it is sending aid to crisis-hit Venezuela following a request from Juan Guaidó, the opposition leader who has declared himself interim President. President Trump has not ruled out military action against that state as the crisis continues and thousands hit the streets over the weekend in that country asking for the current dictator’s resignation. The effect on Alberta’s basis was negligible where it initially traded down but quickly bounced back closing on Friday the first day of the cycle at -10 per barrel.” 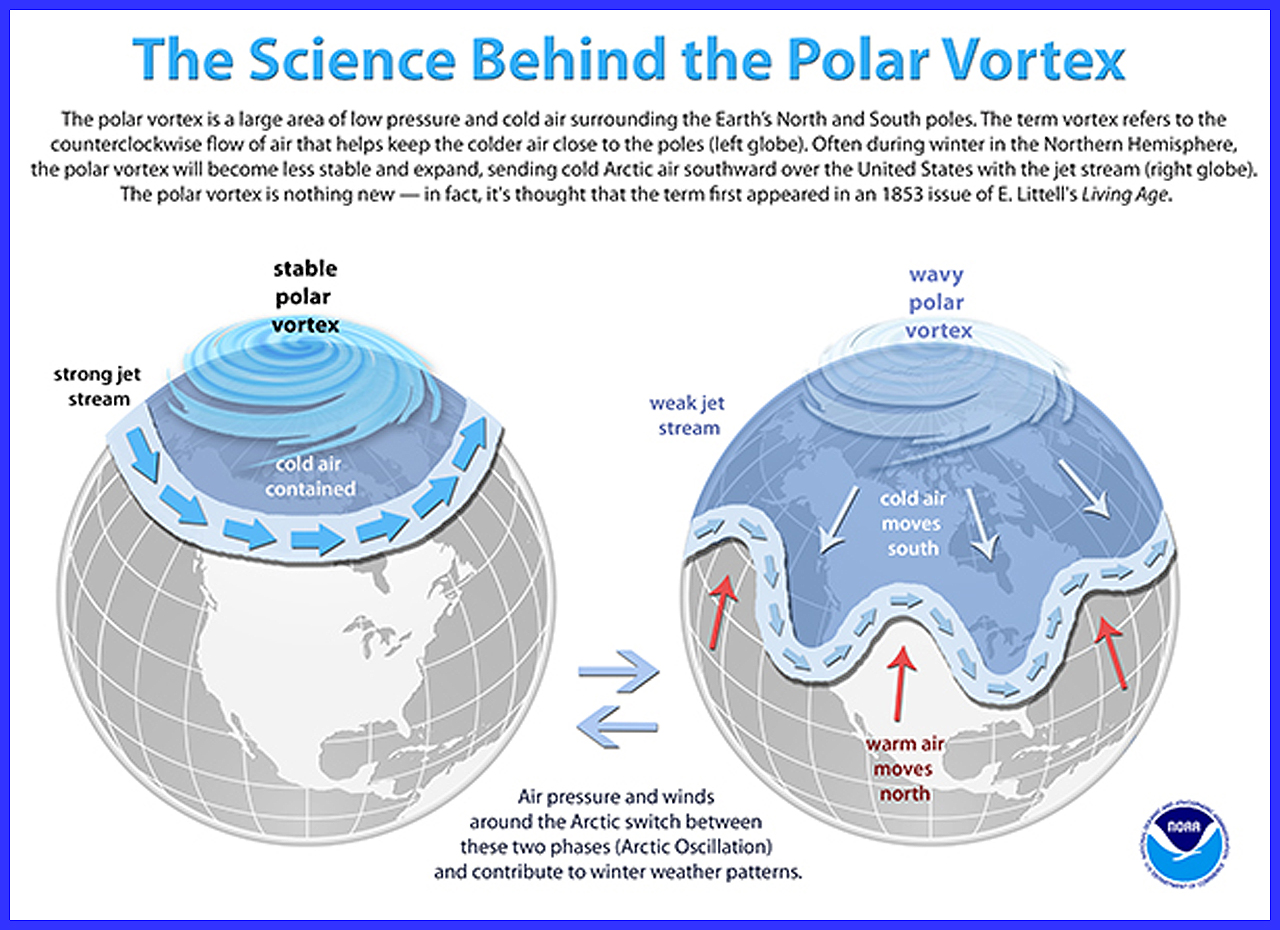