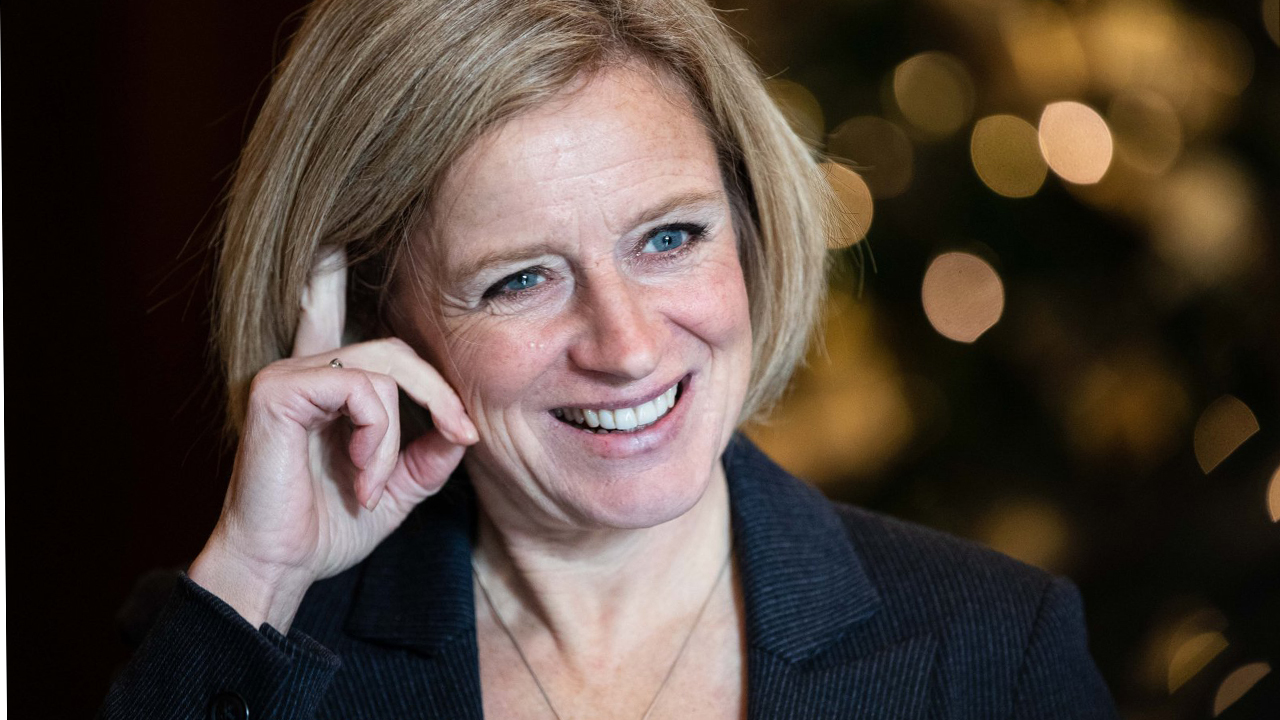 Government justification for this first step in the state takeover of crude-by-rail is that constricted transportation of bitumen is driving down its discount to less than 25% of benchmark pricing for Texas light, sweet crude.

Alberta’s leftish government argues, against conventional economic theory, that more supply will increase demand from refiners, who will thus be willing to pay more for it. (Alberta’s right-leaning opposition Conservative party counters that the classical rules of supply and demand cannot be reversed by government fiat, and instead advocates government-mandated production cutbacks to increase prices through reduction of supply.)

Notley told the Canadian Club, Canada’s premier collection of capitalists, that by year’s end her government will purchase a pair of unit trains that would move an additional 120,000 barrels a day. This, she said, would increase by one-third the amount of oil on Canadian tracks.

With bitumen mining situated in the northern boreal region of the province, the burden of hauling that extra tonnage would fall squarely on CN, which in past years experienced two large bitumen train derailments. CN CEO Jean-Jacques Ruest has made it plain that the railway will give CBR its lowest priority while it attempts to clear grain from the Prairies and move high-value container traffic from Pacific ports.

CN spokesperson Jonathan Abecassis said Nov. 29, “We look forward to further discussions with stakeholders and all levels of government on how rail can be part of the solution for moving Canada’s oil to market.”