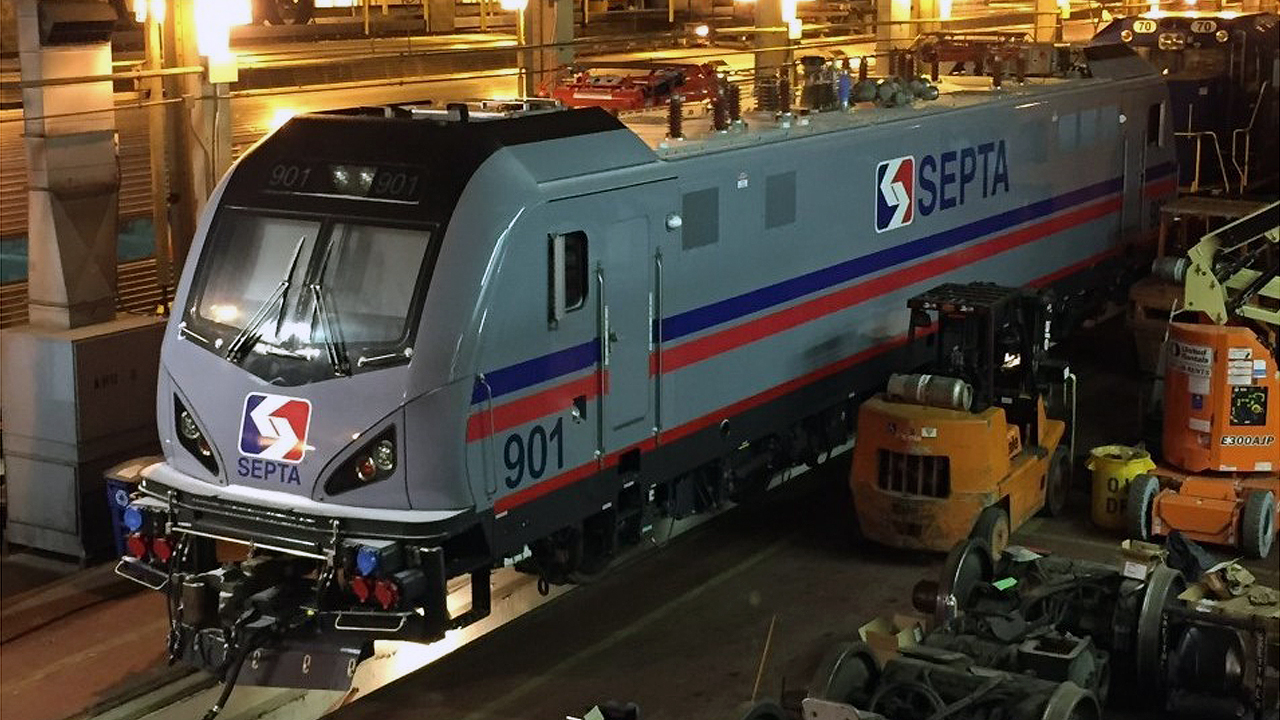 No. 901, the first of 15 Siemens ACS-64 electric locomotives delivered to Southeastern Pennsylvania Transportation Authority (SEPTA), made its inaugural run in revenue service on July 11.

Purchased under Act 89, Pennsylvania’s transportation funding bill, the new locomotives, which were built at Siemens’ plant in Sacramento, Calif., will expand the SEPTA fleet while replacing eight aging locomotives, including the last remaining AEM-7 electric locomotives still running in the U.S. As part of a continuing effort to increase capacity, the new locomotives will initially be used with existing coaches and will eventually be paired with a new fleet of double-deck coaches on order from CRRC MA. Septa ordered an initial 13 locomotives in July 2015, with an option for five more.

The ACS-64 is equipped with New York Air Brake’s FastBrake electronically controlled pneumatic brake system, which is designed for push-pull operation. The wide-body, double-cab design also features an integrated CEM (crash energy management) system, is equipped with regenerative braking and an onboard ACSES (Advanced Civil Speed Enforcement System, Amtrak’s version of PTC for the Northeast Corridor) train control unit including train radio, and ATC (automatic train control/9-aspect cab signals). The engineer’s cab and amenities have been designed with the assistance of the Brotherhood of Locomotive Engineers & Trainmen (BLET) Cab Committee.

“SEPTA’s regional rail ridership has grown by more than 50% over the Past 15 years,” said General Manager Jeffrey Knueppel. “The addition of these new Siemens ACS-64 locomotives is critical for SEPTA to expand capacity and meet the needs of our riders.”

“This locomotive is not only powerful, but also efficient and reliable,” said Michael Cahill, President of Siemens Rolling Stock in the U.S. “We are proud that these locomotives got here on time and in great working condition, and we are excited to work with SEPTA to improve availability so more Philadelphians can get to their destinations safely and on time.”