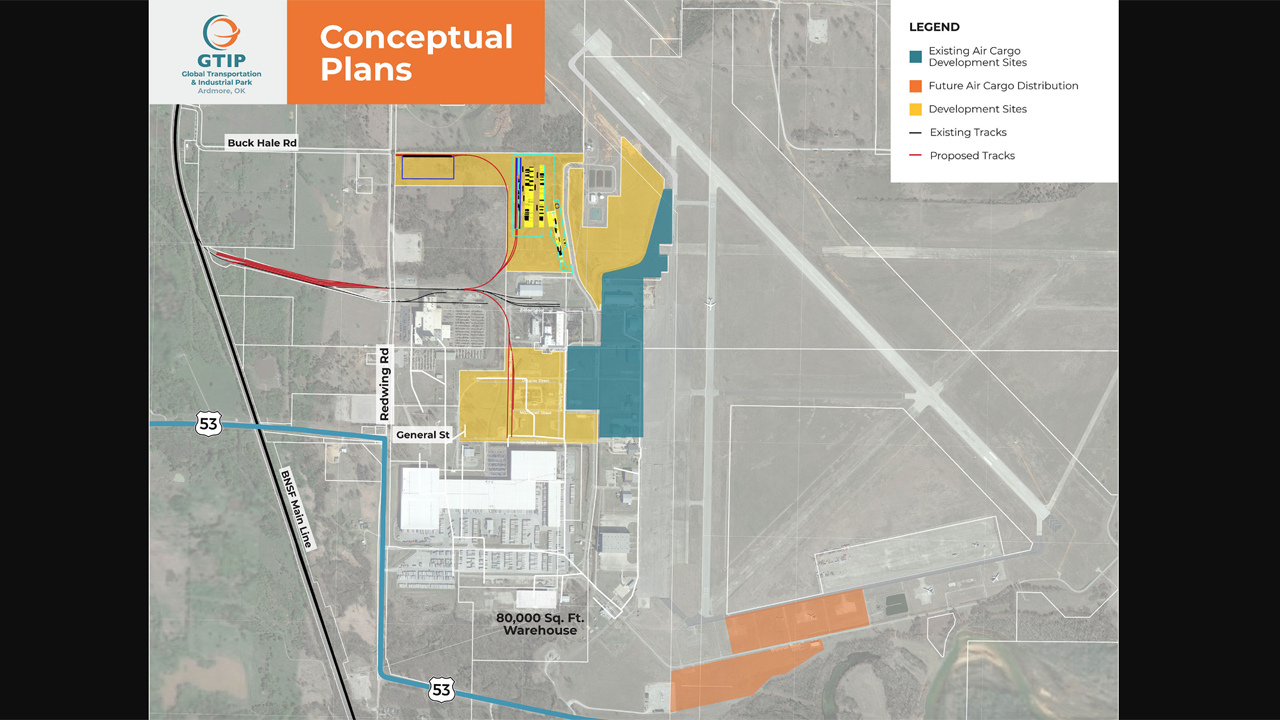 The Global Transportation & Industrial Park of Oklahoma includes more than 200 acres for air, rail and truck transport as well as spaces for transloading, warehousing, distribution and manufacturing. (Photo: Business Wire)

The Global Transportation & Industrial Park of Oklahoma (GTIP) includes more than 200 acres for air, rail and truck transport as well as spaces for transloading, warehousing, distribution and manufacturing.

Located on the Chickasaw Reservation, GTIP is about 90 minutes from both Oklahoma City and Dallas/Fort Worth. The site features access to BNSF and five major highways, and a fully functional airport with 9,000-foot and 5,400-foot runways. It is an approved U.S. Foreign-Trade Zone.

The development plan includes approximately $99 million for infrastructure improvements and $26 million for additional warehouse, manufacturing and distribution facilities, reported WP Global and Ardmore Development Authority, which noted they are also “pursuing federal grants to assist with funding for the air cargo and rail portions of the project.”

“The GTIP site uniquely responds to customer needs, offering direct and uncongested access to air, rail, and roadways from a location tenants can tailor to suit their requirements,” Watco CEO Dan Smith said. “We are excited about creating GTIP as a customizable, centrally located manufacturing and logistics hub that will give current and prospective customers new, virtually unlimited connectivity to regional, national and global markets.”

“This project is supported by government agencies across Oklahoma, the City of Ardmore, Carter County, and numerous other public and private stakeholders,” Chickasaw Nation Gov. Bill Anoatubby said. “We are pleased to add the Chickasaw Nation’s support to this major revamp of an under-utilized asset.”