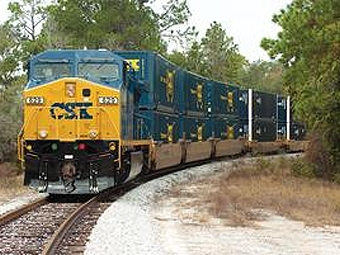 U.S. freight carload traffic kept up its recent momentum, up 2.7% for the week measured against the comparable week in 2013. U.S. intermodal rose 3% compared with levels of a year ago. Total combined U.S. weekly rail traffic was up 2.9% compared with the same week last year.

Somewhat surprisingly, just half of the 10 carload commodity groups AAR measures on a weekly basis posted increases compared with the same week in 2013 – not surprisingly including petroleum and petroleum products, up 17.4%. Also up was nonmetallic minerals, up 12.5%. Chemicals led the declining commodity groups, down 4.6%.