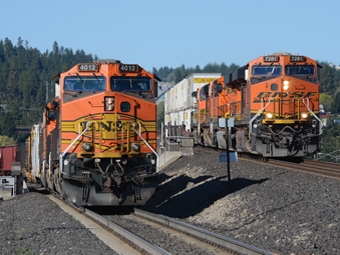 Just four of the 10 carload commodity groups posted increases compared with the same week in 2013, led by nonmetallic minerals, up 9.6%. Leading the declining commodity groups was grain, down 3.9%, AAR noted.