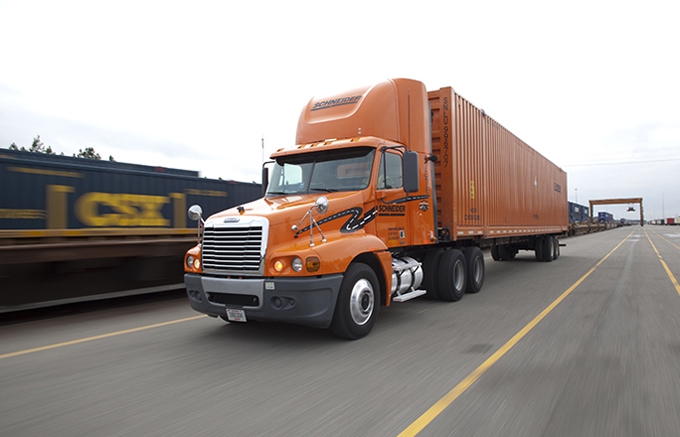 Intermodal and transport provider Schneider and CSX have signed a new multi-year agreement.

The trucking company in a release said that the contract solidifies its reach in the eastern United States amid increasing demand for intermodal services. “By combining the expertise of one of the country’s largest intermodal providers and one of the country’s major railroads, Schneider has been able to provide creative solutions to more efficiently move intermodal freight with truck-like service,” said Jim Filter, senior vice president and general manager of Schneider Intermodal.

“We believe intermodal is a critical solution for supply chain optimization as it provides shippers with access to scalable capacity and sustainable savings,” said Dean Piacente, vice president-intermodal of CSX Transportation. “There is significant opportunity to optimize modal selection and convert freight from highway to rail in the Eastern U.S.”

In its North American intermodal network, Schneider partners with BNSF in the west, and with Canadian National and Kansas City Southern for access to cross-border markets.