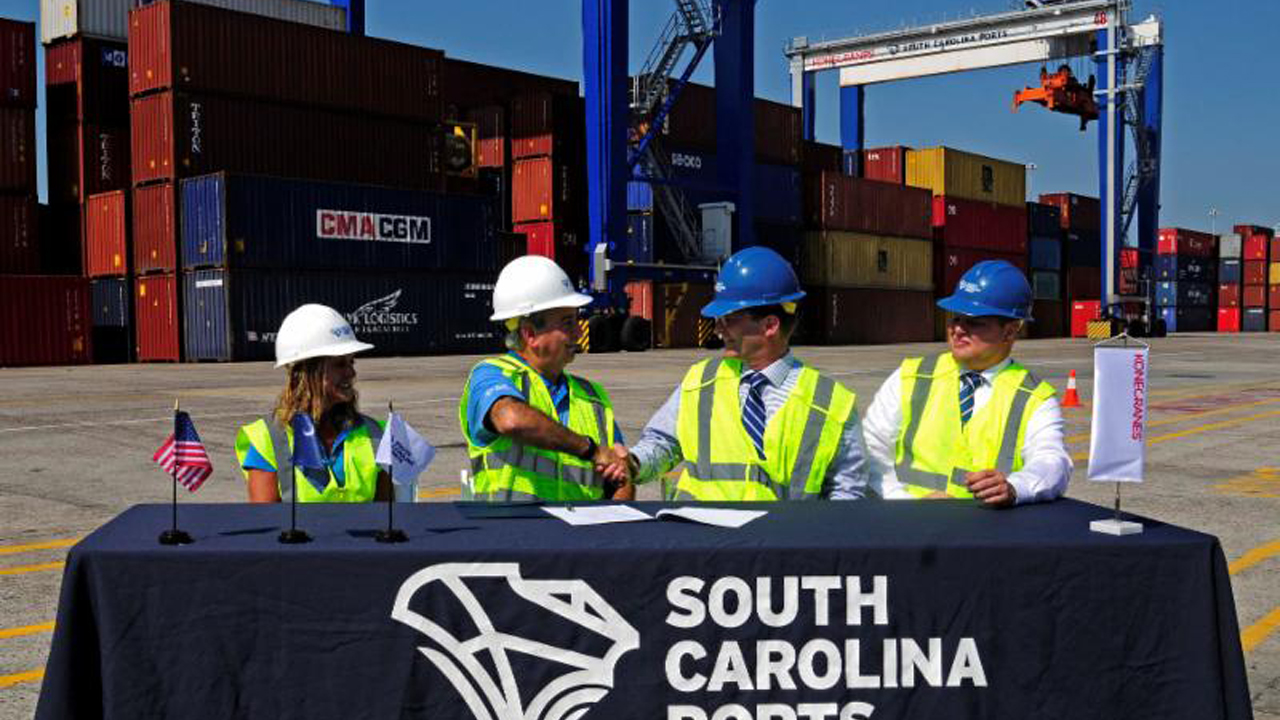 South Carolina will spend hundreds of millions of dollars to solidify its place as the fastest-growing East Coast container gateway.

The plan projects pier container volume, or boxes handled, of 1.305 million during FY2019 from the1.24 million pier containers SCPA expects to handle in FY2018, ending June 30.

The Port is planning for strong volumes at both inland rail facilities in FY2019. A 13% increase in rail moves, or 136,200 lifts next fiscal year, is projected for Inland Port Greer. During the first full fiscal year of operations at Inland Port Dillon, the agency expects the facility will handle approximately 40,000 rail moves.

Both CSX and Norfolk Southern provide direct intermodal service to the port’s facilities.

Planned operating revenues of nearly $281 million for FY2019 reflect a 12.4% increase above the $249.9 million in projected revenues for the current fiscal year.

“The financial plan for FY2019 reflects an exciting time for the Port, in financial and volume growth as well as continued progress of the key capital projects that position our port and state for long-term economic success,” said SCPA Board Chair Bill Stern.

The Board approved the largest capital plan in SCPA’s history for projects supporting terminal modernization, capacity increases and intermodal volume growth. The largest capital expenditure in FY2019 is the Hugh K. Leatherman Terminal, slated for investment of $117.1 million in construction, equipment, and the Port’s share of the access road linking the terminal with I-26.

Other planned capital expenditures include $79.5 million in upgrades and modernization of the Wando Welch Terminal; $18.9 million at the North Charleston Terminal, and $19 million for the construction of the new SCPA headquarters, opening at the end of this year.

“The capital expenditure plan approved by our Board today reflects the Port’s commitment to serving our customers with modern terminals and expanded capacity, projects that will be complemented by the deepening of our harbor to 52 feet,” said Jim Newsome, SCPA president and CEO. “I’m confident that our investments and planned growth will support another year of milestone accomplishments for the Port and positive economic impacts for South Carolina.”

The state’s ports handled the strongest May on record for container volume. With 197,437 TEUs moved during the month, May volumes were 8.2% higher than the same month in 2017.

In the non-containerized cargo business segment, Charleston handled 68,687 pier tons in May. Since the fiscal year began, Charleston has handled 677,516 tons of breakbulk cargo. Inland Port Greer handled 10,836 rail moves in May, for a total of 107,773 moves fiscal year to date.