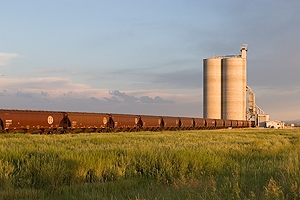 Grain was the lone commodity group AAR measures on a weekly basis that posted an increase compared with the same week in 2014, up 4%. Among the declining groups, motor vehicles and parts, fell 12.2%, coal fell 12%, and metallic ores and metals declined 9.2%.