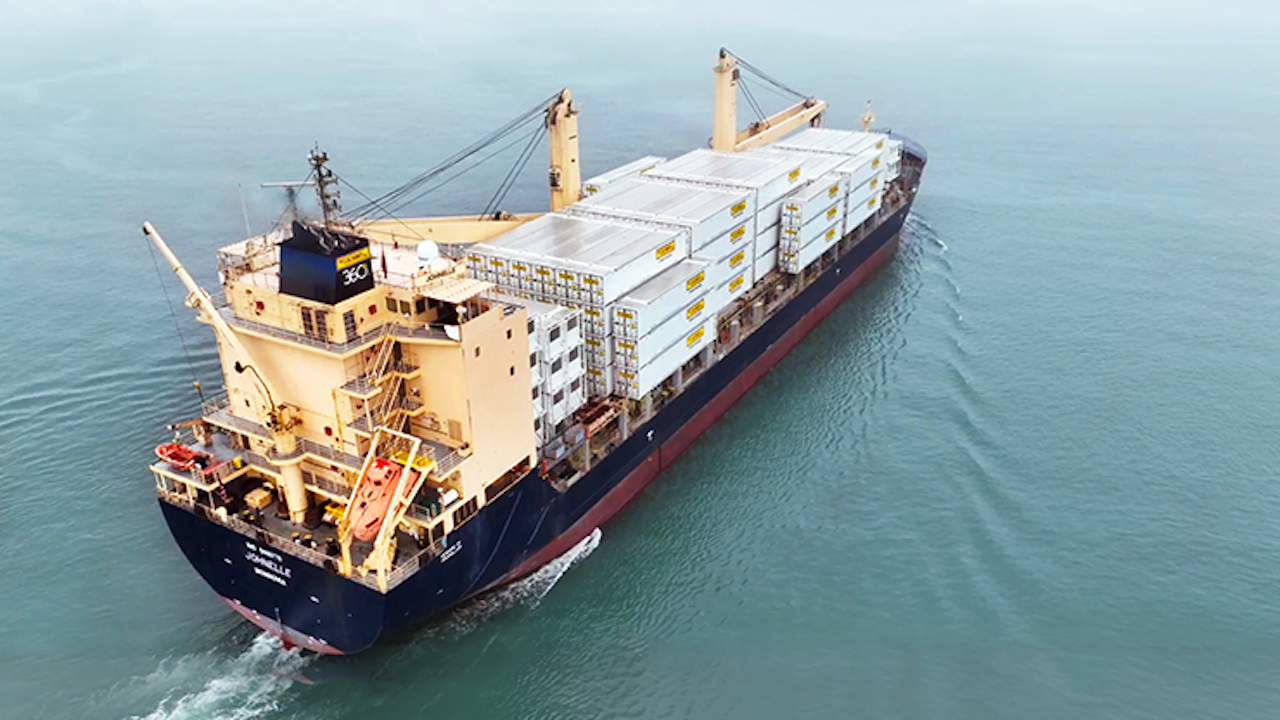 J.B. Hunt says it plans to grow its intermodal fleet to as many as 150,000 containers in the next three to five years, with a goal of increasing capacity by 40% over its end-of-year-count. According to the company, the recently announced agreement, which will have ongoing cargo shipping opportunities available from the Shenzen, Qingdao and Shanghai markets in China to ports in California and the Pacific Northwest, will help expedite the delivery of the new containers.

“We are constantly working to provide solutions for customers, and one way we’re doing that is by increasing the available capacity in the market,” J.B. Hunt said.

The Johnelle and Johnnie Bryan–named after the founders of the company–along with other vessels, J.B. Hunt says, will continue carrying new containers to ports in California and the Pacific Northwest as part of the company’s ongoing effort to increase its intermodal fleet. Additionally, the new containers can be used to “help customers accelerate the movement of international freight, streamlining the ocean transport process.” J.B. Hunt’s current intermodal fleet includes 109,000 53-foot containers and 6,000 tractors.

On June 30, the Johnelle landed in the Port of Everett in Washington from China, carrying more than 250 new intermodal containers for J.B. Hunt’s Intermodal fleet. And on July 6, the Johnnie Bryan docked at the Port of Hueneme in California.

“Our customers wanted more, and we’re working to deliver,” J.B. Hunt wrote in a blog post. “By being able to fill these new containers before they arrive from the Shenzhen, Qingdao and Shanghai markets, we can also provide accelerated shipping of products for our customers. This will help alleviate supply chain challenges, such as equipment dislocation and fluidity, dwell time and demurrage by streamlining the ocean transport and transloading process.”

J.B. Hunt says it has recently started offering transloading services that allow it to make the process more efficient for its customers. The company’s facility near ports in southern California is the J.B. Hunt’s second such offering, with the first opening in New Jersey in November 2021.

When the containers are ready for rail transport, J.B. Hunt says it is working to offer more efficient options. Earlier this year, the company announced a new joint effort with BNSF Railway (BNSF) to improve intermodal transport in the marketplace. As a part of the initiative, BNSF will provide several property locations around key intermodal hubs and increased efficiency at terminals that will help J.B. Hunt provide efficient freight shipping solutions. This will allow J.B. Hunt to “strive toward its mission to create the most efficient transportation network in North America,” the company said.

“We’re proud to also be in partnership with J.B. Hunt to increase capacity in the intermodal marketplace,” BNSF said in a Twitter post on Aug. 1.

Additionally, J.B. Hunt noted in its blog post the importance of sustainability as a priority for the company, stating that it estimates an additional seven to 11 million shipments could be converted to intermodal, which would “continue to support efforts in reducing greenhouse gas emissions and provide additional opportunities for customers to take advantage of this cost-efficient and sustainable option.”

To watch a view of the Johnelle and Johnnie Bryan’s arrival, click here.