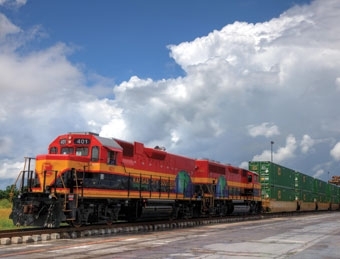 U.S. freight carload traffic did fine itself, up 3.5% when measured against the comparable week in 2013. U.S. intermodal was up 6.7%, said AAR, which noted the gain represented “the third highest intermodal week in history for U.S. railroads.” Total combined U.S. weekly rail traffic up 5% over the same week in 2013.

Seven of the 10 carload commodity groups AAR tracks on a weekly basis posted increases compared with the same week in 2013, including petroleum and petroleum products, up 20%, and nonmetallic minerals, up 8.9%. Declining commodities included grain, down 10.5%.