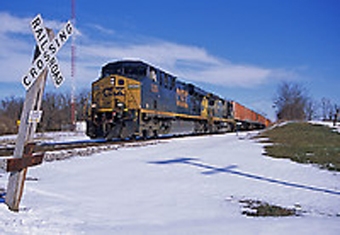 A rare 2.4% decline in intermodal volume for the week, measured against 2014 levels, offset a 0.3% gain for the week in U.S. freight carload traffic.

But even freight carload traffic struggled to register gains, as just five of the 10 carload commodity groups AAR measures on a weekly basis posted increases compared with the same week in 2014. Gainers were led by grain, up 18.2%, and chemicals, up 4.6%. In relative retreat were nonmetallic minerals, down 4.4%, and metallic ores and metals, down 3.3%.

An AAR spokesman cautioned, “This is a one week snapshot and it would be premature to make any assumptions from one point in time. Even though intermodal traffic was down for the week ending Jan. 17 compared to the same week in 2014, it is still the second-highest January intermodal week in rail industry history. If anything, this is part of normal week-to-week fluctuations.”