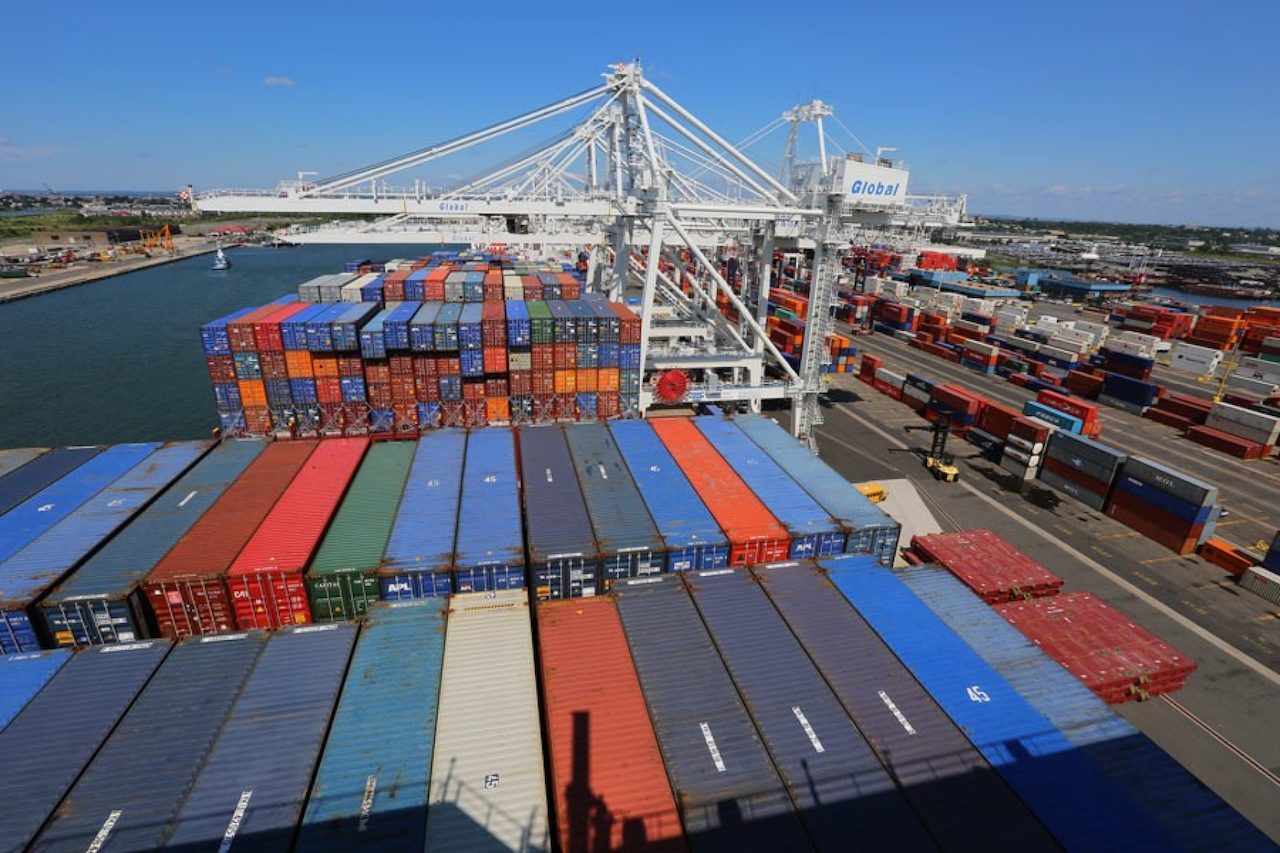 For the second consecutive month, the PANYNJ has announced that it was the “nation’s busiest container port” after handling 35% more cargo than it moved in September 2019. The seaport also marked its 26th straight month of “moving extraordinary record monthly cargo volume.”

According to PANYNJ, the Authority moved 842,219 twenty-foot equivalent units (TEUs) in September 2022. Cargo volume was similar to the level handled in August 2022, when the seaport handled 843,191 TEUs.

Alpenglow and its partner, CC&L Infrastructure, announced on Oct. 25 the acquisition of AMRT, a dual-served rail terminal located in Lamont County serving customers in Alberta’s fast-growing Industrial Heartland, to “further expand the companies’ rail portfolio to the Province of Alberta.” Alpenglow’s portfolio now comprises three rail terminals in Canada and three in the U.S. Gulf Coast.

AMRT, which is located in the greater Edmonton region, approximately 30 kilometers east of Fort Saskatchewan, spans 300 acres and offers customers more than 1,400 railcar storage spots and a unit train capable loop track. With connections to both CN and Canadian Pacific (CP), AMRT is “the only dual-served rail terminal within Alberta’s Industrial Heartland,” Alpenglow says. AMRT specializes in safely providing railcar staging and storage-in-transit to blue-chip industrial customers within the region. Under Alpenglow’s ownership, the company says, AMRT will expand its service offering to include transloading of product to and from railcar, railcar cleaning and railcar repair.

“We are thrilled to add AMRT to our portfolio,” said Alpenglow CEO Rich Montgomery. “The AMRT team has developed an exceptional business, and we look forward to continuing to drive growth in Lamont County. Having dual service to multiple Class 1 railroads provides AMRT’s customers competitive options resulting in lower transportation fees and a much larger network of origination and destination locations. We serve many of the same customers as AMRT at our other terminal locations, which provides us a unique opportunity to grow these relationships and continue to add value by expanding into this important market.”

AMRT President and COO Shawn I. Smith added, “AMRT was developed from greenfield over the past eight years. We’re very proud to have witnessed our founder Darcy Heggie’s vision become reality. AMRT has a great team and valued customers which have helped us grow to this point. We believe both our people and customers are now in good hands with Alpenglow and CC&L Infrastructure. With Alpenglow’s extensive relationships and expertise in transloading – a service that is in high demand in our region, and together with their access to capital, Alpenglow is the right party to shepherd AMRT through this important next phase of growth.”

This is Alpenglow and CC&L Infrastructure’s sixth terminal acquisition since the two companies formed a partnership in 2019. Their portfolio includes VIP Rail, a rail business that encompasses two railcar storage, switching, transloading and railcar cleaning terminals in Sarnia, Ontario; and USA Rail Terminals, a portfolio of three similar rail terminals located in the U.S. Gulf Coast.

“The AMRT transaction is very strategic to our portfolio,” said Alpenglow Chief Strategy Officer Josh Huster. “Through the acquisition of AMRT, Alpenglow is now the only rail terminal business serving three major petrochemical centers in North America: the Alberta Heartland, the U.S. Gulf Coast, and Southwestern Ontario. This allows us to serve our customers in multiple markets, and to create pitch and catch opportunities for our customers as all three energy hubs are very integrated.”

Tradepoint Atlantic, a 3,300-acre multimodal logistics hub and industrial center located at the Bethlehem Steel site in Sparrows Point, Baltimore, Md., announced on Oct. 25 that it has formed a joint investment and partnership with TIL to establish an on-site 165-acre container terminal with an on-dock rail facility at Coke Point that “will dramatically enhance and support the long-term growth of the local port and the State of Maryland.”

The project, according to Tradepoint Atlantic, is the next major phase of the redevelopment of the former steel mill site and is expected to create hundreds of new jobs throughout the multifaceted permitting and construction process.

Tradepoint executives were joined at the announcement by Maryland Governor Larry Hogan, Baltimore County Executive Johnny Olszewski, Baltimore City Mayor Brandon Scott, and other state and local public officials and business leaders. Tradepoint Atlantic has been a signature project for the state throughout the course of Gov. Hogan’s time in office.

“Tradepoint Atlantic has quickly become a transformational force as one of North America’s most strategic and versatile commercial gateways and a magnet for major companies like Amazon, BMW, FedEx, and Volkswagen to build and expand their footprint in the region,” said Gov. Hogan, who added that Tradepoint Atlantic has been a “signature project for the state” throughout the course of his time in office. “It has also solidified the Port of Baltimore’s status as one of the best ports in America, and today we are celebrating a joint partnership between Tradepoint Atlantic and TIL, which will further expand the growth and competitiveness of the Port.”

International company TIL, is a “world leader in the creation and development of container terminal sites and will give Baltimore’s port a major competitive advantage up and down the Eastern Seaboard,” Tradepoint Atlantic said, adding that that the agreement “highlights the massive development opportunities that remain at Tradepoint Atlantic and signals the start of a multi-year public engagement, design, permitting and construction phases.”

“This is one of the most important and consequential announcements we have made since setting out with our initial plans to redevelop the former Sparrows Point Steel Mill,” said Tradepoint Atlantic Managing Director Kerry Doyle. “This strategic partnership with TIL is only possible because of the tremendous investment in the expansion of the Howard Street Tunnel and highlights the lasting and growing opportunities here at Tradepoint Atlantic. Today’s announcement means that not only will Baltimore and Maryland reman competitive with other major East Coasts ports for years to come, but that we will gain a substantial advantage over them.”