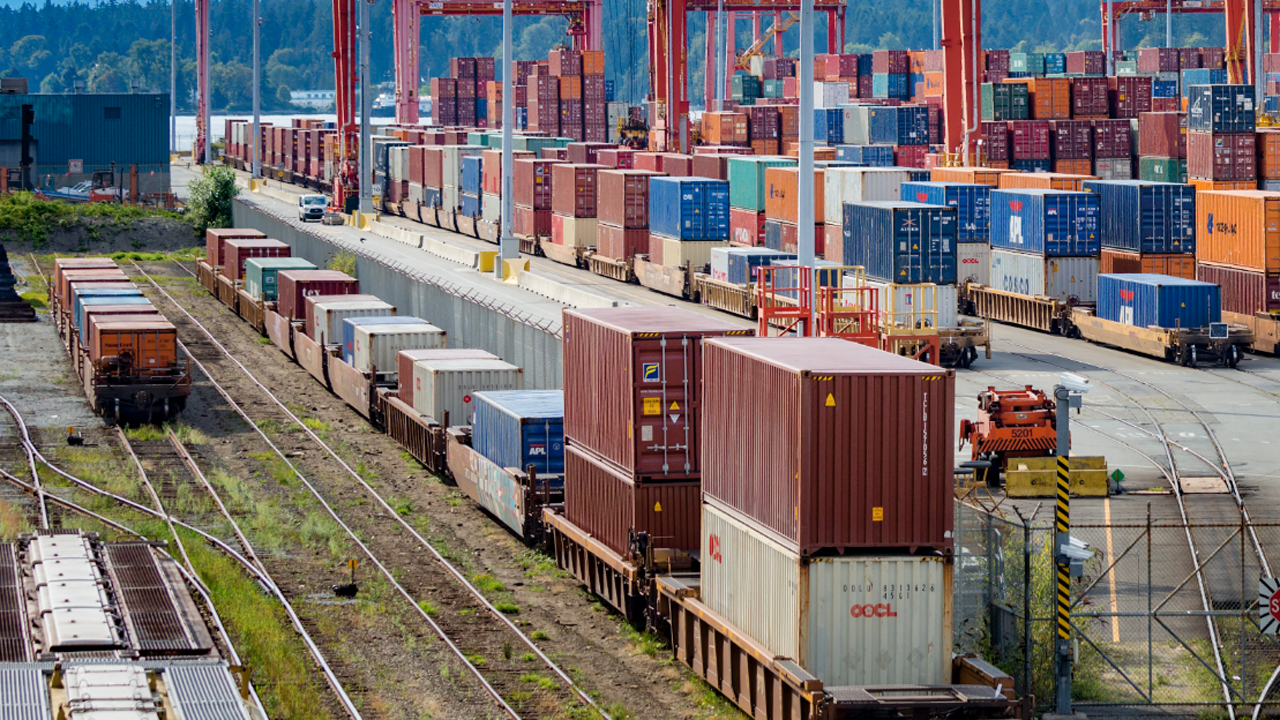 The Intermodal Association of North America (IANA) reports the decline in intermodal volumes slowed in second-quarter 2022. Also, Istmo Energy has commenced operations at its Pecos-East Rail Terminal in Texas.

Total intermodal volumes in the three months ending June 30, 2022, were down 4.3% from the same period last year, based on a rise in domestic shipments (up 4.0%) and drops in both international containers (down 8.4%) and trailers (down 25.2%), according to IANA’s Intermodal Quarterly report.

Other report highlights include:

• The seven highest-density trade corridors, which collectively handled more than 60% of total volume, were all down in the second quarter. The Midwest-Northwest led the losses with a 20.1% decline, followed by the South Central-Southwest at 14.5%. The Intra-Southeast, Southeast-Southwest and Midwest-Southwest were down 7.8%, 5.5% and 5.3%, respectively. The Northeast-Midwest dropped 3.1%, and the Trans-Canada corridor dipped 2.2%.

• Total IMC (intermodal marketing company) volume was up 1.3% year-over-year in second-quarter 2022, with intermodal traffic down 7.4% and highway loads—comprising two-thirds of total IMC volume—up 6.3%.

“Despite this quarter’s losses, it was an improved picture relative to the first quarter,” IANA President and CEO Joni Casey said. “Second-quarter volumes exceeded first quarter’s by 7.4%.”

Fort Worth-Tex.-based Istmo Energy on Aug. 3 reported the start of commercial operations at its Pecos (Tex.)-East Rail Terminal in Reeve’s County; Pecos-West Rail Terminal is expected to open within the next two months. Acquired in 2021, Pecos-East comprises two unit-train loops with more than 20,000 feet of usable track. It also offers a direct connection to Union Pacific (UP) and is adjacent to highway I-20 and close to highway 285 and CR2119.

Istmo has partnered with GHMR Operations, LLC to run the rail and transloading operations for Pecos-East. GHMR is a logistics and transload service provider in the Permian Basin, an oil-and-gas-producing area in west Texas and the adjoining area of southeastern New Mexico.

“The strategic location of Istmo’s rail facilities provide an effective fuel and frac sand supply alternative to support the completion activities of operators in our part of the Delaware Basin,” Istmo Energy CEO Alex Gutierrez said. “At a time of mounting supply-chain costs, constraints and transport challenges, our terminals provide a cost-effective alternative to supply all drilling operations needs from fuels to proppant sand to drilling fluids.”

With the opening of Pecos-West, Istmo said it will be able to offer more than 60,000 feet of usable track, four unit train loops, a unit-train manifest ladder, and other infrastructure connected to UP, with eastbound and westbound switching.