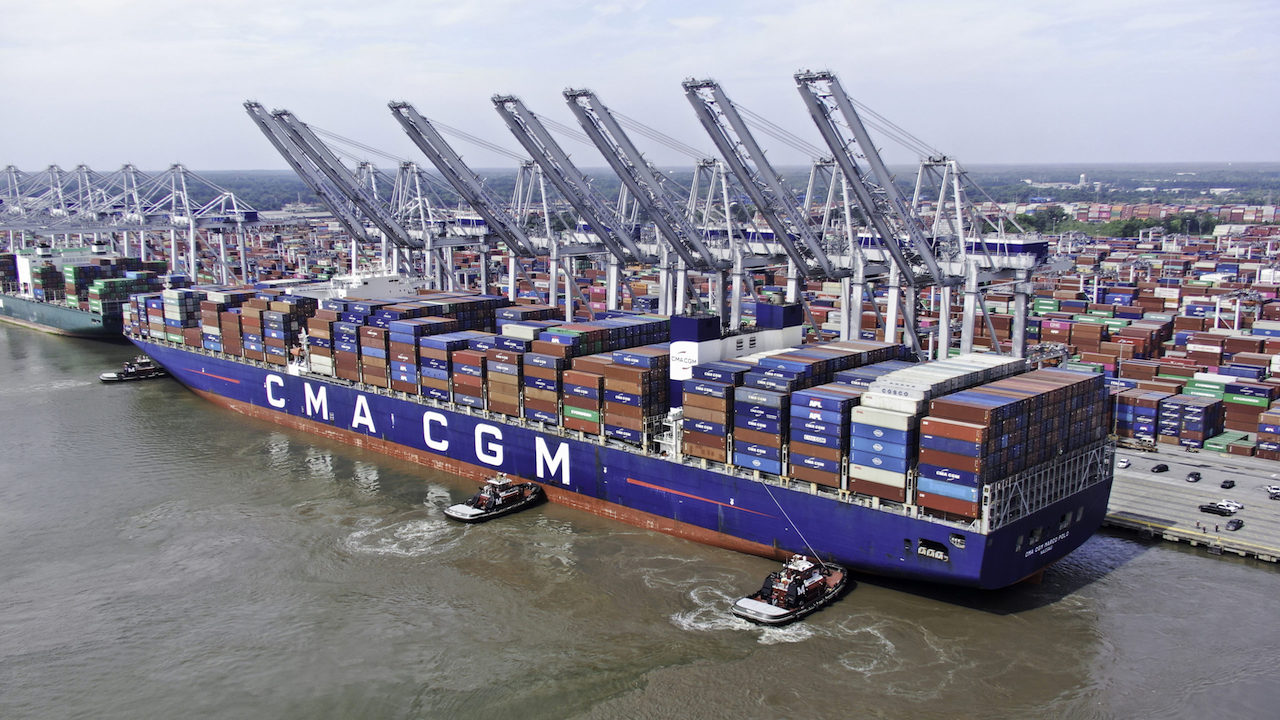 According to the Authority, GPA is “handling the highest volume of ad hoc and new service vessels the Port of Savannah has experienced to date.”

GPA reported on July 26 that FY2022 was another “record breaker” with container volumes growing 8% for a total of 5.76 million twenty-foot equivalent container units (TEUs). Additionally, the Port of Savannah ended the year with a record June, handling 494,107 TEUs in total cargo, up 10.6%, or 47,300 TEUs, compared to June 2021. According to the Authority, GPA is “handling the highest volume of ad hoc and new service vessels the Port of Savannah has experienced to date.”

“As the hub in a global network of road, rail and ocean carrier connections, our ports link Georgia businesses to international trade lanes and open doors to prosperity for our state and nation,” said Georgia Gov. Brian Kemp. “GPA and its partners in the logistics industry are powerful drivers for local economies across the Peach State, from small communities to our thriving urban centers.”

In addition to organic growth among its port customers, GPA says, Savannah trade has also been “boosted by West Coast labor talks and delayed access to rail at West Coast ports, prompting a significant shift in vessel calls.” Savannah is also receiving container trade diverted from the Port of Charleston. Uncertainty around the labor talks, unprecedented and unplanned vessel calls, record cargo volume, and vessel diversions to Savannah have contributed to a higher-than-normal number of vessels waiting at anchor, according to GPA.

“Despite the record volumes, the Port of Savannah remains fluid,” said GPA Executive Director Griff Lynch. “Several factors have contributed to our growing container capacity, including expedited infrastructure projects, our inland pop-up yards and an influx of truck drivers moving to the Southeast.”

GPA is experiencing record truck turns during both its day and night-gate operations. Garden City Terminal saw a weekday average of 14,500 truck moves in June, counting both inbound and outbound gate exchanges.

To better accommodate rising demand, the GPA says it recruited 166 new workers in FY2022, for a total of 1,647 direct employees.

Looking forward, the GPA Board approved a $30.25 million purchase of 12 new rubber-tired gantry (RTG) cranes and other container handling equipment at its regular July meeting. The Port of Savannah already features 198 RTGs, and another 24 were already on order. Tuesday’s action will bring the fleet to 234 in Savannah, GPA says.

“Growing our workforce and infrastructure is part of the Board’s continuing commitment to keep our deepwater terminals ready to take on new trade,” said GPA Board Chairman Joel Wooten. “Presently, we are expanding our dock space to handle additional big ships and increasing our container storage space in Savannah, while simultaneously enhancing our capabilities to move autos and breakbulk in Brunswick.”

In addition to increased container trade, breakbulk tonnage also saw strong growth in FY2022, up 15.7% to more than three-million tons, which is attributed to the “relatively lower cost of breakbulk movement compared to container rates in today’s market,” said Lynch. According to GPA, Mayor’s Point Terminal in Brunswick turned in a particularly strong performance, with breakbulk forest products leaping from 52,244 tons in FY2021 to 252,000 tons in the fiscal year ended June 30.

Florida’s Port Everglades reported on July 21 that it exceeded its record May and June cargo volumes thanks to new ocean shipping services from India, Turkey and Greece.

“Unlike the downturn that we typically experience at the end of our busy melon season, we had a spike in May and June because of the new Mediterranean Shipping Company (MSC) services from South Asia and the Mediterranean,” said Port Everglades Chief Executive and Port Director Jonathan Daniels. “We are on track to shatter our annual record from 2018.”

Ongoing capital improvements and expansion totaling $3 billion within the next 20 years at Port Everglades, which is located within Ft. Lauderdale and Hollywood, Fla., and has direct access to Florida East Coast Railway’s 43-acre intermodal container transfer facility, will “ensure that Port Everglades continues to handle future growth in container traffic,” the Port said.

ITS Logistics, which offers coordination between intermodal transport, including rail services, as well as rail and port drayage service, announced on July 26 the expansion of its Midwest headquarters, investing $28 million into the Whitestown, Ind., location. The new facility includes two warehouses totaling nearly 600,000 square feet of distribution space.

Headquartered in Reno, Nev., ITS’ West Coast distribution space totals more than 1.4 million square feet, and the Midwest expansion, ITS says, enables the company to offer national omnichannel distribution and fulfillment services to 90% of the U.S. population within a two-day timeframe.

Indiana, known as the “Crossroads of America” ranks third in the nation with 41 freight railroads and has east and west coast intermodal rail access. Additionally, Indiana ranks first in the nation with 14 interstates and is home to the second largest FedEx hub.

ITS says it plans to further expand service offerings in Indiana by growing its campus to more than two million square feet along with 350 ITS employees over the next two years. The company is also planning to rapidly grow its trucking fleet to a total of 65 tractors, 70-plus drivers and over 200 trailers, by 2024.

“Midwest expansion has long been a growth priority for ITS, and we’ve been fortunate to build a great workforce in Whitestown in a short amount of time,” said Ryan Martin, President of Assets at ITS Logistics. “Our ability to distribute to the entire country quickly will enable us to further increase our level of service for our clients, providing innovative fulfillment solutions across distribution modes.” 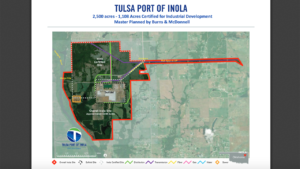