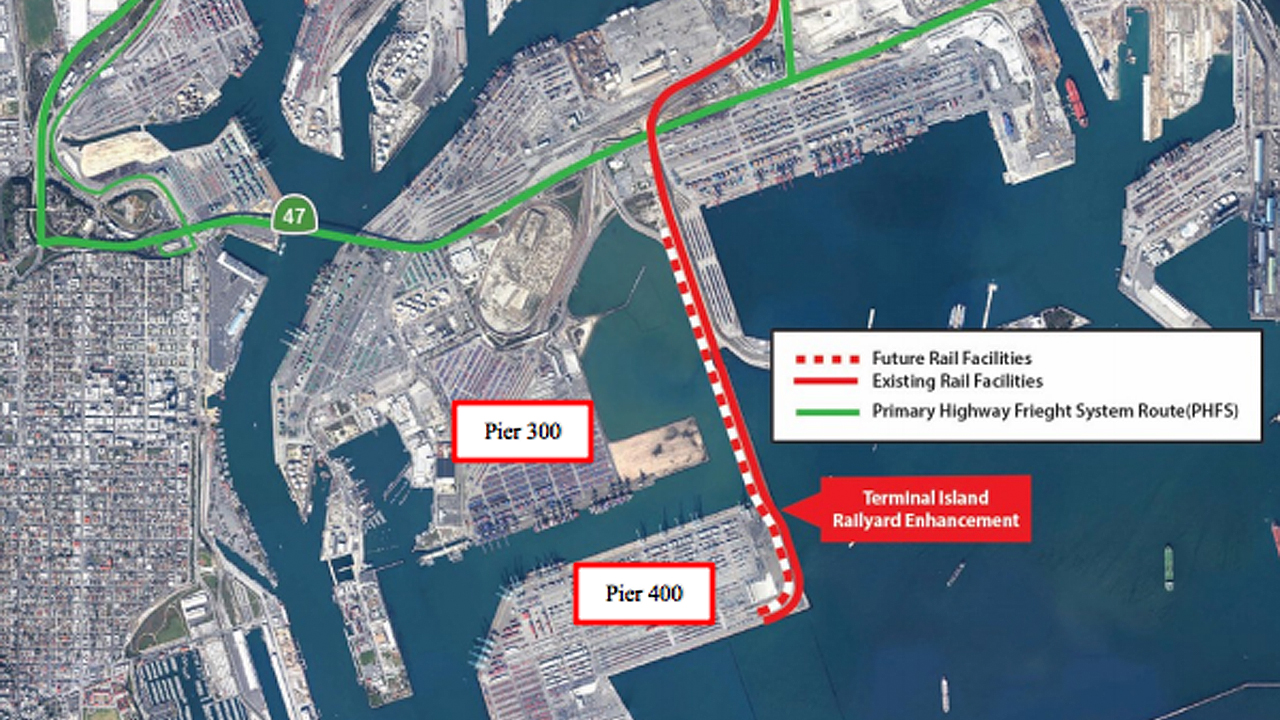 The Port of Los Angeles – the busiest U.S. container gateway – gets a state grant for $21.6 million to move ahead with the Terminal Island Railyard Enhancement Project.

The plan is designed to optimize on-dock rail operations and improve the flow of cargo at the port.

Class Is Union Pacific and BNSF directly serve the port.

The project will expand an existing intermodal rail storage yard on Terminal Island. More than 31,000 linear feet of track will be added to increase the number of storage tracks from six to 11. The project will increase capacity and use of the Pier 400 on-dock rail yard by up to 525,000 Twenty-Foot Equivalent units (TEUs) annually, which represents about a 10% increase in capacity for the Port of Los Angeles.

As a result of increasing on-dock capacity at Pier 400, the project will free up capacity at another major storage and staging yard located on Terminal Island, thus improving overall rail operations throughout the ports of Los Angeles and Long Beach. The project is a critical link between the San Pedro Bay port complex and the Alameda Corridor, which carries about 11% of all marine containers entering and exiting the United States. Port officials expect the expanded yard to eliminate an estimated 1,250 truck trips per day by 2040.

“Expanding this rail yard creates a ripple effect of intermodal efficiencies within the Port of Los Angeles and throughout the entire San Pedro Bay port complex,” said Port of Los Angeles Executive Director Gene Seroka. “It is a key element of regional and state transportation plans to improve safety and traffic conditions along some of our nation’s most crowded commuter and freight corridors.”

The $34-million project will be funded with a $21.6-million grant from the State Road Repair and Accountability Act of 2017 (Senate Bill 1) -Trade Corridor Enhancement Program (TCEP), which funds improving freight corridors in California. The port will fund the remaining cost of nearly $12.4 million.

The Terminal Island Railyard Enhancement Project is one of eight interrelated rail projects collectively known as America’s Global Freight Gateway: Southern California Rail Project. The package consists of rail improvements within the harbor complex, including two at the Port of Los Angeles and grade separation projects at critical junctures across Los Angeles County.