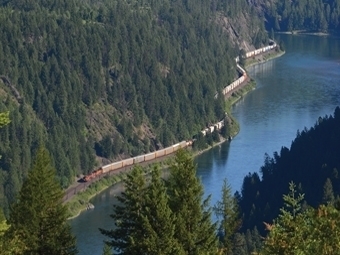 U.S. freight carload traffic rose 4.3% for the week, measured against the comparable week in 2013. US. Intermodal volume maintained its long-running momentum, up 4.8% compared with a year ago. Total combined U.S. weekly rail traffic was up 4.6% for the week compared with its 2013 counterpart.

Eight of the 10 carload commodity groups AAR tracks on a weekly basis posted increases compared with the same week in 2013, not surprisingly including petroleum and petroleum products, up 19.5%. with 16,333 Nonmetallic minerals gained 12.2%.