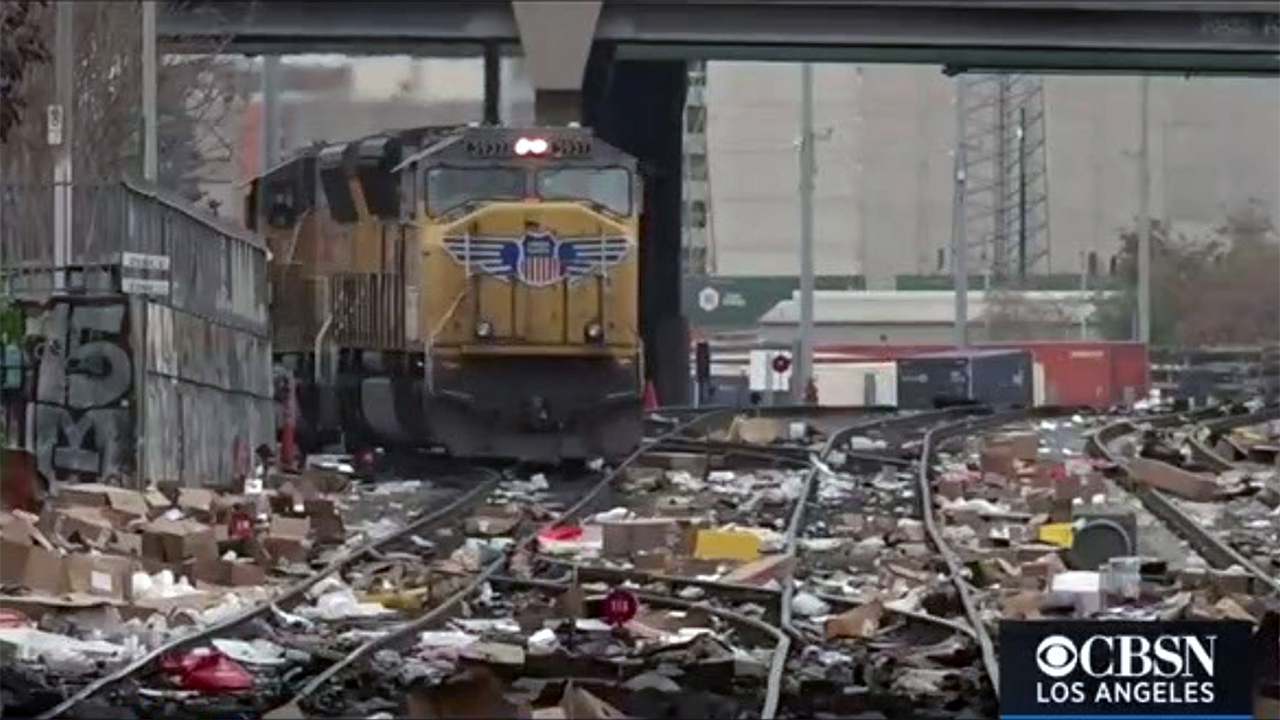 Recent cargo thefts from UP trains have left the railroad’s property littered with debris.

Following a recent spike in cargo thefts from its trains in Los Angeles County, Union Pacific (UP) has not only increased the number of special agents assigned to protect targeted areas, but also contacted L.A. County District Attorney George Gascón for support.

“The thefts involve criminals trespassing on Union Pacific property, climbing aboard trains and breaking into customers’ containers loaded with cargo, packages and merchandise destined to warehouse facilities around the country,” UP General Director-Public Affairs Adrian Guerrero wrote in UP’s Jan. 16 edition of Inside Track; he noted the thefts have left the railroad’s property littered with debris.

Linked to Inside Track is Guerrero’s Dec. 20, 2021 letter to District Attorney Gascón (download below). In it, he reported: “Since December 2020, UP has experienced an over 160% increase in criminal rail theft in Los Angeles County.” He pointed out that in October 2021, thefts from UP trains jumped 356% from October 2020, and that “over the past three months of intermodal peak season,” an average of 90-plus intermodal containers per day were compromised.

“This increased criminal activity over the past twelve months accounts for approximately $5 million in claims, losses and damages to UP,” according to Guerrero’s letter. “And that value does not include respective losses to our impacted customers. Nor does it capture the larger operating or commercial impacts to the UP network or supply chain system in Los Angeles County.”

UP has 1,600 employees covering 275 miles of track at its nine Los Angeles County facilities. The railroad has enlisted additional special agents to join its local efforts with the Los Angeles Police Department, Los Angeles County Sheriff’s Department and California Highway Patrol to prevent thefts. Together, they have made more than 100 arrests. UP is also leveraging technology, such as drone surveillance, specialized fencing and trespass-detection systems.

“But even with these expanded resources and closer partnerships with local law enforcement, we find ourselves coming back to the same results with the Los Angeles County criminal justice system,” Guerrero wrote to the district attorney. “Criminals are caught and arrested, turned over to local authorities for booking, arraigned before the local courts, charges are reduced to a misdemeanor or petty offense, and the criminal is released after paying a nominal fine. These individuals are generally caught and released back onto the streets in less than twenty-four hours. Even with all the arrests made, the no-cash bail policy and extended timeframe for suspects to appear in court is causing re-victimization to UP by these same criminals.”