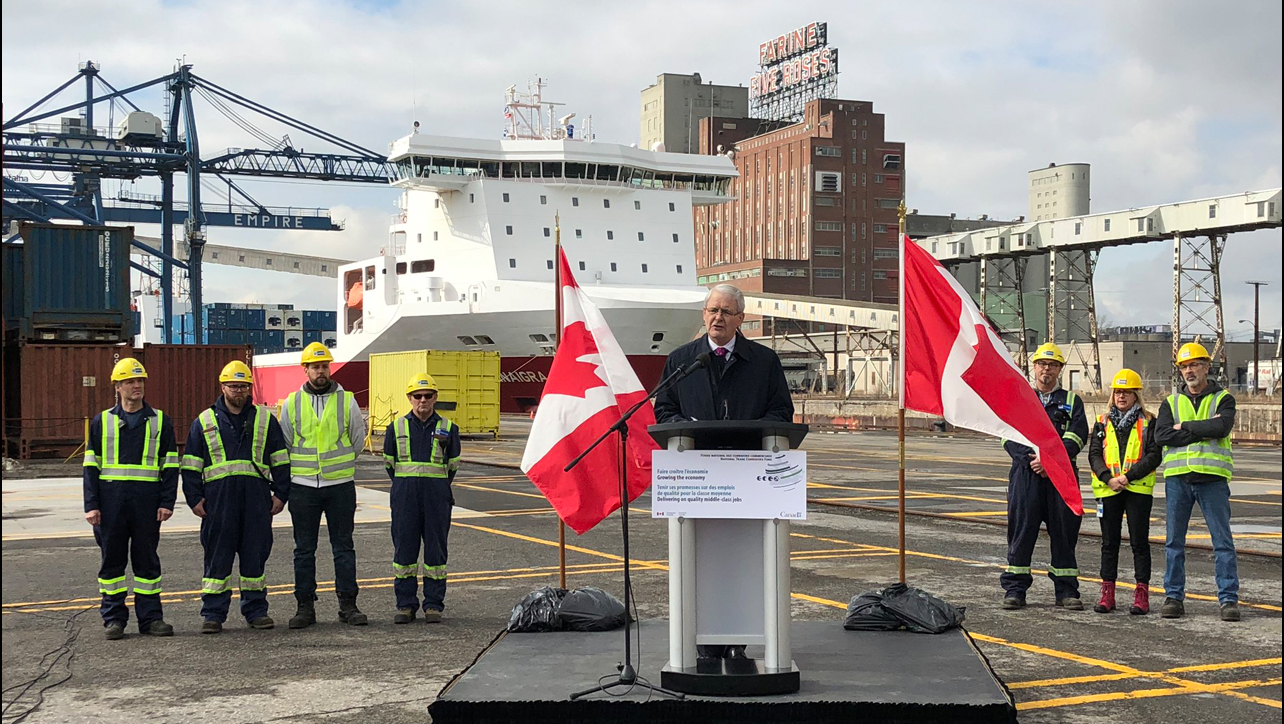 The government of Canada is committing C$18.4 million ($14.6 million) to the Port of Montreal for a rail project aimed at keeping the maritime gateway competitive in a changing global supply chain.

“Our government is investing in Canada’s economy by making improvements to our trade and transportation corridors. We are supporting projects that will efficiently move commercial goods to market and people to their destinations, stimulate economic growth, create quality middle-class jobs, and ensure that Canada’s transportation networks remain competitive and efficient,” said Canada’s Minister of Transport Marc Garneau.

The Optimisation du réseau intermodal Project is a project of the Montréal Port Authority (MPA) in partnership with the Ministère des transports du Québec. Officials said this project will optimize the Port of Montreal’s rail network capacity, particularly in the port’s interchange zone. The work is expected to include relocating underground and above-ground infrastructure, relocating and constructing the port’s new road and building new rail lines. This work will eliminate bottlenecks, while increasing the flow of rail traffic and the Port of Montreal’s competitiveness.

The port is served by Class I carriers Canadian National and Canadian Pacific.

The project to be funded will help the Port of Montreal maintain its level of operational excellence within the context of expected freight traffic growth. The port explained that the Canadian government’s financial assistance will allow for the installation of 6,000 meters (3.72 miles) of railway track and switches and carry out additional development work on its railway network.

“The government of Canada’s decision to grant this financial support to our project demonstrates its appreciation of the MPA and belief in its promising future,” Sylvie Vachon, president and CEO of MPA said. “It is with this assurance that we will continue our activities by developing infrastructure that will respond to the growing needs of our local, regional and national partners in the logistics chain.”