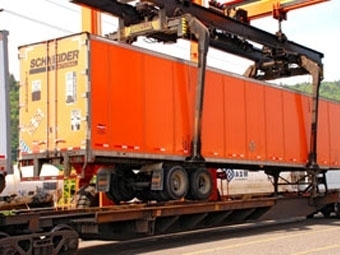 Five of the 10 carload commodity groups posted increases compared with the same week in 2013, including petroleum and petroleum products, up 11.5%. Among the declining commodities, farm products, excluding grain and food, fell 6.4%.