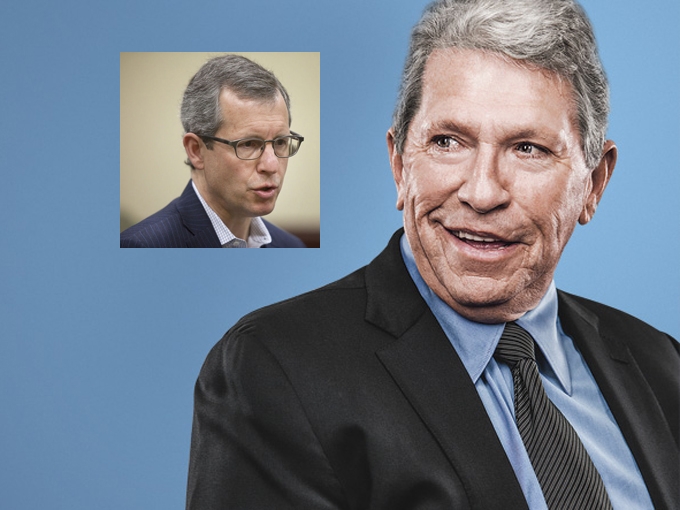 The day after confirming that it had made an offer to Norfolk Southern—and following NS’s tepid response—Canadian Pacific on Nov. 18, 2015 disclosed the contents of the offer letter it sent to NS chief executive Jim Squires “to clarify the details of a proposal that would result in the creation of a pro-competitive, pro-customer, coast-to-coast transportation solution.”

Norfolk Southern late on Nov. 17 confirmed that it received “an unsolicited, low-premium, non-binding, highly conditional indication of interest from Canadian Pacific to acquire the company for $46.72 in cash and a fixed exchange ratio of 0.348 Canadian Pacific shares per Norfolk Southern share, representing a premium of less than 10% based on closing prices today.”

CP countered by saying that it “wishes to correct any misconceptions about the sizable premium offered to NS shareholders. The . . . letter addressed to NS CEO James Squires is dated Nov. 9, 2015 and since that time, there has been considerable appreciation to the NS stock price due to market speculation regarding a potential combination with CP. Mr. Squires asked CP CEO Hunter Harrison to hold off on sending this letter until such time as the two CEOs could meet face to face, which occurred last Friday, November 13, 2015.”

Following is the text of CP’s letter to NS, verbatim:

We believe that combining our two great organizations will allow us to form an integrated transcontinental railroad with the scale and reach to deliver unsurpassed levels of safety and service to our customers and communities while also increasing competition and creating significant shareholder value.

We propose a 50% cash/50% stock transaction based on Friday’s closing stock price for both CP and NS in which NS shareholders would receive $46.72 in cash and 0.348 shares of stock in a new company which would own CP and NSC. The new company would be listed on both the New York and Toronto Stock Exchanges, and maintain a strong investment grade credit rating. Our proposal represents a substantial initial 23.0% premium to NS’s 45-day VWAP (Volume Weighted Average Price) of $79.14.* In addition to providing NS shareholders with a significant cash payment, the proposed transaction will provide NS shareholders with an opportunity for meaningful upside appreciation in the future as synergies are realized as NS shareholders will own 41% of the new company.

Our advisors at J.P. Morgan have assisted us in valuing the newly merged company by taking into account future operating performance, synergies, expected earnings power and anticipated trading multiples. In light of the substantial synergies created by the combination, we believe that the fair value of the new company would be approximately $270.68 per share at the time of transaction closure—which is assumed to occur on Dec. 31, 2017. As a result, NS shareholders will receive at that time $46.72 in cash plus $94.16 in market value of the stock of the combined company, which on a present-value basis at the time of the anticipated announcement (March 31, 2016) is expected to represent total value of $126.18 per share—which is a 59.4% premium to NS’s 45-day VWAP of $79.14. In addition, NS shareholders would continue to receive a dividend of $0.59 per quarter during the pendency of the regulatory review of the transaction.

This proposal to NSC shareholders has the following additional potential benefits:

• More than US$1.8 billion in annual operating synergies achieved over the next several years.

• Up to 45% pro forma EPS accretion with run-rate synergies.

• Financing commitment of US$14.2 billion from J.P. Morgan Securities LLC.

Moreover, as our combined network creates more comprehensive end-to-end shipment solutions for our customers while reducing congestion in key corridors such as Chicago, network capacity will expand, allowing us to improve service and lower costs—which is both pro-shipper and pro-competition. A combined network will also lead to faster growth for the new entity versus what either of us would be able to achieve on our own and, importantly, would create a larger, more diversified book of business less dependent on volatile commodities such as crude oil or thermal coal.

Finally, the United States and Canada would benefit from having an end-to-end shipment solution that improves safety, reduces highway congestion, improves service, lowers cost and increases overall freight capacity (which is vital to support expanded economic growth) behind an environmentally friendly form of transportation funded exclusively with private versus public expenditures.

Certainty of consummating such an historic combination will be critical for both of us. To that end, we have worked extensively with our lead transaction counsel Simpson Thacher and our United States and Canadian regulatory counsel of Stinson Leonard Street and Bennett Jones, respectively, to confirm not only the feasibility of the proposed transaction but also our plan to ensure a smooth and expeditious review and approval process. We have also engaged the services of J.P. Morgan Securities LLC, which has issued a “highly confident letter” regarding our ability to finance the proposed transaction—which will not be subject to a financing contingency attached as Exhibit A.

This proposal, which has received the unanimous support of our Board of Directors, is a non-binding expression of our current views, which remains, among other things, subject to satisfactory completion of due diligence, the negotiation, execution and delivery of mutually satisfactory definitive agreements, approval of the definitive agreements by your and our Boards of Directors, approval of the transaction by your and our shareholders, and receipt of customary regulatory approvals.

We are ready to begin working with you and your team immediately on this transformational opportunity and are prepared to commit whatever resources may be necessary to complete the proposed transaction expeditiously and in a manner which both recognizes and fairly addresses any social considerations related to the successful integration of our two great companies.

“CP’s announcement of its merger offer to NS may be the first step on a journey that could see the Canadian carrier eventually going directly to NS shareholders before facing a long and drawn out regulatory process,” said Cowen and Company Managing Director and Railway Age Wall Street Contributing Editor Jason Seidl. “NS shares should rise on Wednesday [Nov. 18], and CSX and Kansas City Southern shares could also see a boost. However, the current premium may not be attractive enough for NS management and shareholders. CP noted that the offer represented a sizable premium in cash and stock to NS shareholders and touted the potential merger as one that would create a transcontinental railroad with the scale and reach to deliver improved levels of service to customers and communities while enhancing competition and creating significant shareholder value. NS responded later on Tuesday, revealing an offer of $46.72 in cash and a fixed exchange ratio of 0.348 CP shares per NS share it received from the Canadian carrier. While this is only 9% higher than NS’s closing price on Tuesday, it is roughly 19% higher than the closing price immediately preceding the [Bloomberg News report about merger talks], which led to a jump in NS shares. Still, NS shareholders, like its management, may want a higher premium. The offer price implies a 16x multiple for NS based on our 2016 EPS projections (6.8x EBITDA), which would put it only slightly above the company’s historical average.

“The fact that CP decided to make a public appeal to NS management likely means that private talks were not very fruitful, and CP now hopes that various stakeholders could help sway NS’s leadership. If these efforts fail, we would not be shocked if CP decided to go directly to NS shareholders, who, we believe, may be willing to listen given current macroeconomic conditions. That said, given the wording (NS called the offer ‘low premium’ and ‘highly conditional’) of NS’s announcement, it seems a rejection by its board is likely a foregone conclusion. This could lead CP to sweeten the offer a bit.

“When it comes to winning shippers’ blessings, a merger proposal faces less of an uphill battle today than a year ago, when CP unsuccessfully went after CSX, in our opinion. The Fall of 2014 was not the ideal time for such an effort to be launched, primarily because both shippers and regulators were disenchanted with the rail industry due to severe service and capacity issues that emerged late in 2013 and did not start abating in any material sense until 2015. CP’s move to join forces with NSC will likely still trigger service concerns with shippers who will recall service challenges associated with past transactions, including those encountered by CSX in 1997 when it integrated parts of Conrail into its network after a fight over the acquisition of the company with NS. But such concerns will likely be much less pronounced today than a year ago. According to our 3Q15 Rail Shipper Survey, 58% of shippers are opposed to another Class I merger, a material drop from the 70% recorded in both our 2Q15 and 3Q14 surveys.”