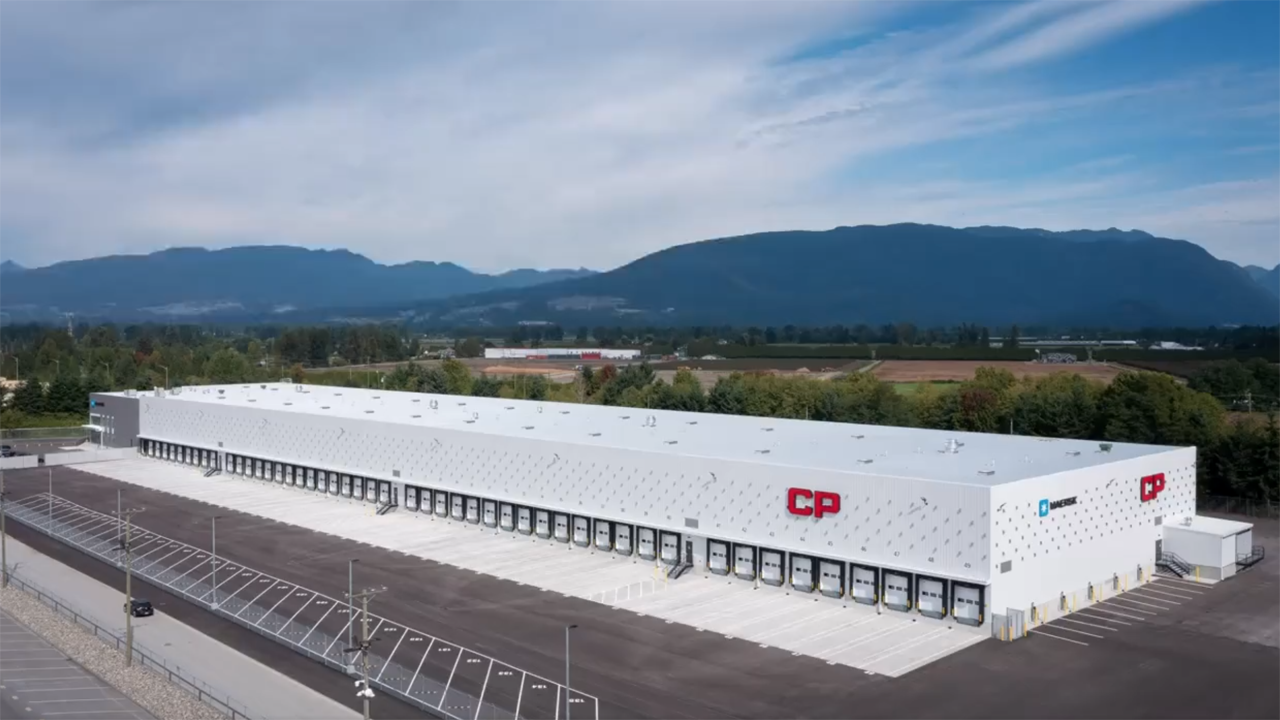 Canadian Pacific (CP) and Maersk Canada on Sept. 9 marked the opening of their Pacific Transload Express facility in Vancouver.

CP and Maersk announced their plans to build the facility, and boost capacity, in September 2020.

CP will move international containers by rail from the three major Vancouver container terminals to the Pacific Transload Express facility, where they will be transloaded into domestic 53-foot trailers. This will enable “customers to achieve overall cost savings (per cubic meter) for domestic distribution, while reducing storage costs related to port demurrage and inland detention,” according to Maersk. Fast-moving consumer goods (FMCG) in the retail and lifestyle segment will comprise 80%-90% of facility volumes and auto parts 10%-20%.

Currently, transit times range from 35 to 75 days from Asia to North America, from factory at origin to a distribution center at destination, according to Maersk. “We can help our customers reduce the transit time variation from 35-75 days door-to-door to having the cargo in consistently at 35-40 days,” said Erez Agmoni, Head of Maersk North America’s Warehousing & Distribution Product Development. “This helps customers create a more precise and predictable supply chain that helps them reduce safety stock, saving money on inventory storage costs with this transload solution.” The company said it plans to add a sortation system at the Pacific Transload Express facility to support operations.

“We are very proud to open this first-of-its-kind transload facility that creates tremendous opportunity for sustainable growth,” CP President and CEO Keith Creel said. “We are transforming inbound logistics in North America by reducing transit time variability thanks to CP’s premium service and at the same time having a smaller environmental impact and carbon footprint by taking thousands of trucks off the road while leveraging the inherent benefits of moving goods by rail.”

Maersk reported that the facility will eliminate more than 100,000 truck trips per year in the Vancouver area—almost 60,000 round trips per year—and save more than 4,000 tons of carbon dioxide (greenhouse gas) emissions per year. “The reductions have two sources: First the shorter direct rail connection between Centerm, Vanterm and Deltaport and the transload facility vs. a triangle route by truck, reducing miles the cargo is moved; and second, the energy efficiency of rail, which is 3-4 times more energy efficient than trucking,” Maersk said.