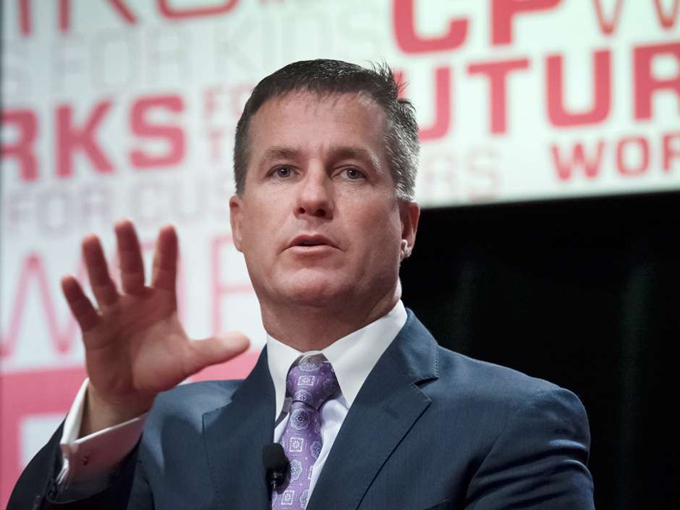 Canadian Pacific Railway reported record second-quarter earnings on across-the-board improvements and ongoing volume gains through the first half of the year.

“We are off to a strong start in 2017. This quarter’s impressive results demonstrate the power of precision railroading,” said Keith Creel, CP’s President and Chief Executive Officer. “Strong volumes across many of our key business segments, combined with disciplined cost control, produced record operating income and earnings for the quarter.”

“Precision railroading”, of course, is a term coined by Creel’s predecessor, E. Hunter Harrison, now the top executive at CSX. In principle it broadly refers to a philosophy of maximizing existing assets by running fewer but longer trains, among other things.

Volumes were up 4% on-year as revenue ton-miles were better by 12%. Fuel expense increased by 2%. Average terminal dwell time decreased 11% to 5.8 hours from 6.5 hours on-year.

Total revenues grew 13% to $1.64 billion while operating income increased 23% to $679 million, another second-quarter record. The operating ratio, a key indicator of profitability, improved 330 basis points to a second-quarter record of 58.7. Adjusted income gained 30% to $407 million, with adjusted diluted earnings increasing 35% to $2.77 per share.

Pricing improved by 2.5%, “a slight moderation from the 2.5-3.0% achieved in 1Q17,” said Jason Seidl of Cowen and Company, in a note to investors following CP’s call with analysts. He sees “upside” to pricing for the remainder of the year, and moreso in 2018 on “sustainable” volume growth and tighter trucking capacity.

Seidl bumped up his earnings estimate for 2017 by 10 cents to C$11.90 on forecast 15% growth, despite expected “slightly lower” second-half results but still above CP’s outlook for single-digit growth. Seidl held steady on his earnings estimate of C$13.50, but raised his U.S. dollar estimate to $10.14 from $10.12.