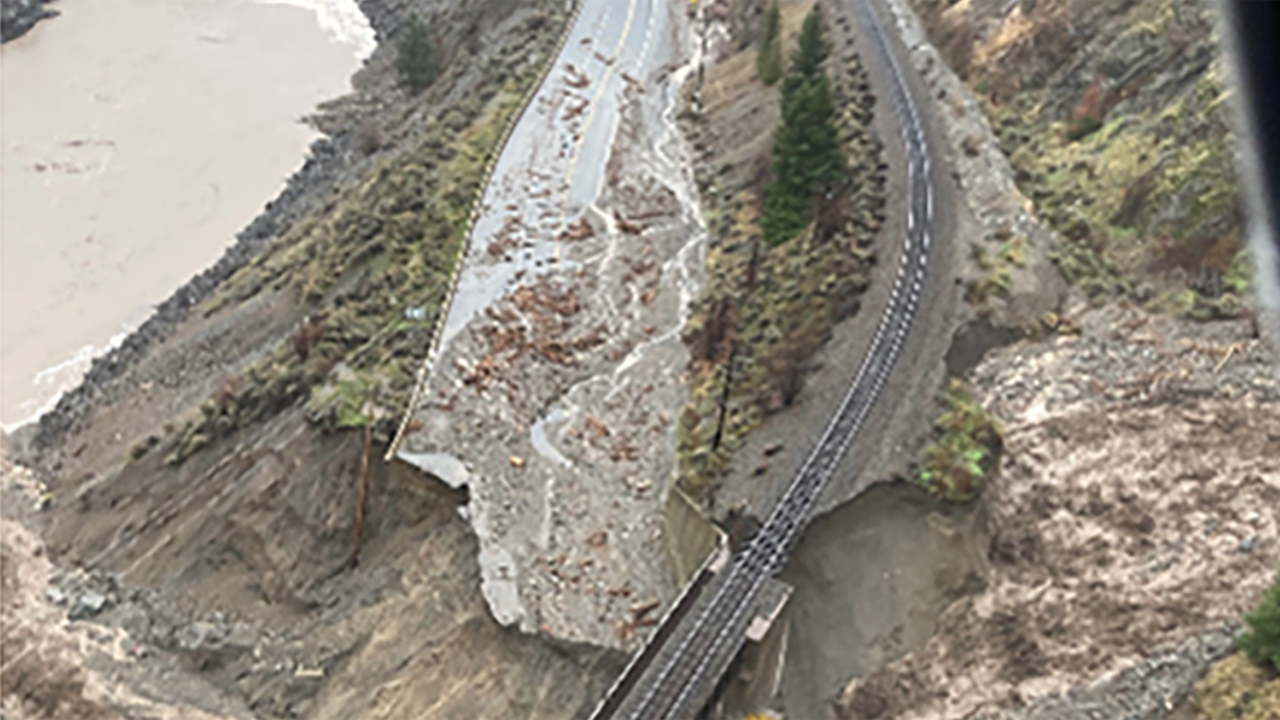 The governments of Canada and British Columbia have established a joint Supply Chain Recovery Working Group to help restore the flow of goods through the province after devastating floods cut off Vancouver from rail and road service on Nov. 16.

The move follows “an initial failure of British Columbia’s government to prepare or respond (except to blame local mayors),” wrote Canadian Contributing Editor David Thomas, who reported on the flooding for Railway Age. A provincial state of emergency was belatedly declared Nov. 17, and “[a]rmed forces were dispatched from across Canada to get food and fuel to stranded communities and apply combat engineering solutions to an environmental no-man’s land,” he wrote.

In a Nov. 20 announcement, the governments of Canada and British Columbia said the Working Group “is a first step in what will be an ongoing effort by all orders of government to ensure that the supply chain is re-established in a way that gets Canadians the goods they need and help mitigate against future incidents.”

The Working Group is now “developing options for contingency transport and logistics for essential goods and materials,” the governments reported. “As infrastructure gradually reopens, the Working Group will prioritize and advise on the best routes and use of limited capacity for the movement of goods across all transportation modes, while balancing community needs and national economic interest. Furthermore, together they will consider options for diverting traffic or establishing new logistics chains in the province.”

Additionally, Transport Canada is working with the province, along with the Port of Vancouver and the terminal, rail, air, towing and trucking sectors, “to support the response to the flooding in B.C. Of paramount concern is supporting those who are displaced or being evacuated as a result of the landslides.”

Railway Age’s Thomas reported on Nov. 19 that CP service over its “flood-ravished main line connecting Vancouver to the rest of Canada may be restored just prior to the U.S. Thanksgiving holiday.”

“The quality of our transportation infrastructure and the efficiency of our trade corridors directly benefit the lives of Canadians,” Minister of Transport Omar Alghabra said. “It is important to work together to determine how best to ensure Canada’s gateways stay strong, resilient and safe.”

“The B.C. government will work with all stakeholders to reopen our essential transportation corridors as quickly as possible,” said Rob Fleming, the province’s Minister of Transportation and Infrastructure. “We appreciate and value the support of the federal government as we secure supply chains to make sure people have the products they need.”