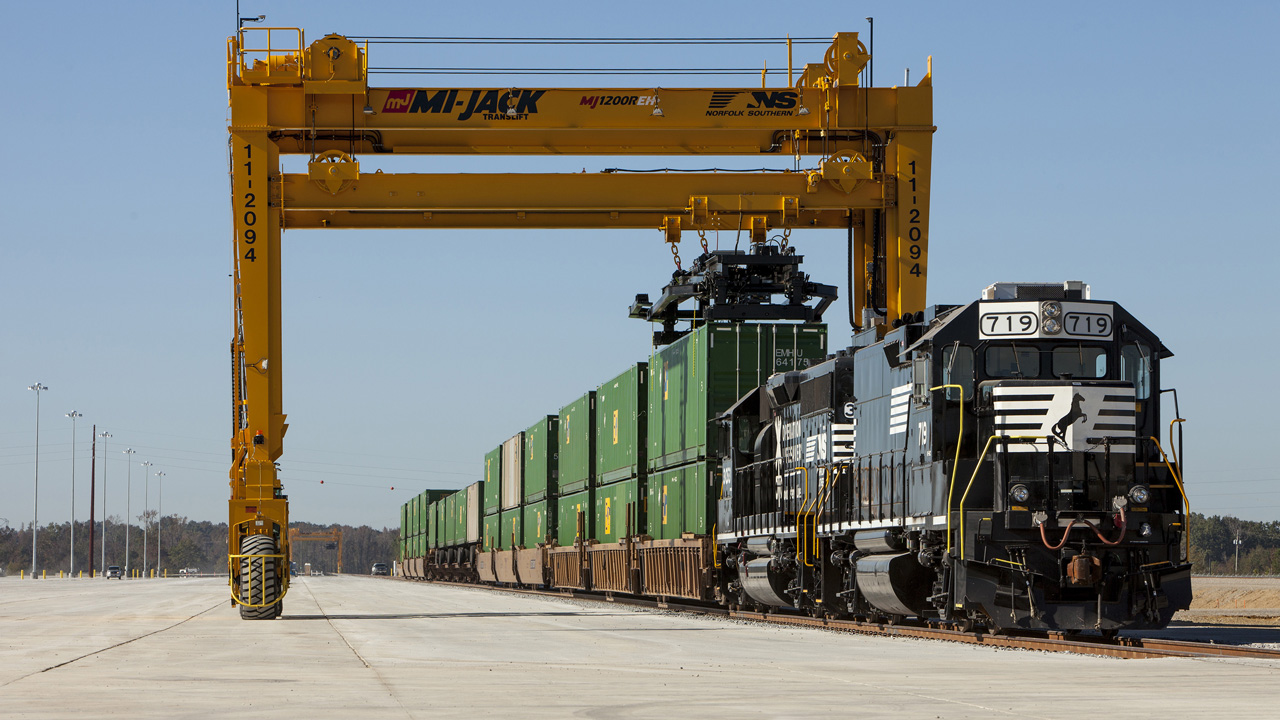 Alabama Gov. Kay Ivey on Jan. 4 announced a proposed $231.6 million initiative to boost supply chain capacity in central and southern Alabama; Norfolk Southern (NS) is slated to provide more than 50% of the funding as part of a public-private partnership.

Alabama is investing $5 million in the initiative, dubbed the Alabama-USA Corridor (see map below), with the remainder coming from present and future federal Consolidated Rail Infrastructure and Safety Improvements Program (CRISI) grants through the Alabama Department of Transportation, in partnership with NS, according to the governor’s office.

The first phase involves a $71.6 million project linking the Port of Mobile with the McCalla Intermodal Facility near Birmingham. It includes track, signal and yard improvements on NS lines between Mobile, Selma and Birmingham.

The 280-mile rail corridor will also link economic development sites in Etowah (Little Canoe Creek), Shelby (Calera) and Washington/Mobile (Calvert) counties, each totaling more than 1,000 acres, according to the governor’s office. A fourth site in Jefferson County (McCalla) will see the development of a 104-acre site with up to 1 million square feet of warehousing.

In a statement to Railway Age, NS explained the initiative with Alabama this way: “While we can physically connect the port and McCalla today, the route is not cleared for double stack containers. Part of Phase 1 is to remove the clearance obstacles to allow us to run a double stack intermodal service, which does not exist today. The siding extensions, signal improvements and McCalla Yard expansion also contribute to supporting the volume growth that comes with the addition of the intermodal service as well as the growth in our carload business due to a number of new and expanded industries along this corridor.”

NS told Railway Age that construction could start around summer 2023, “[a]ssuming ALDOT and NS get the grant award in 2022.”

“The A-USA Corridor is an innovative public-private partnership that will strengthen the nation’s supply chain at a critical time and boost the regional economy,” NS President Alan Shaw said. “We look forward to working with Gov. Ivey and the Port of Mobile to make the A-USA Corridor an engine for job creation in Alabama for years to come.”

“The Alabama Port Authority welcomes this vital project as we address rapid growth in the port’s container intermodal and freight business lines,” Director and CEO John C. Driscoll said. “The Norfolk Southern rail improvements will bolster capacity, reliability and market access through the Port of Mobile for regional supply chains.”

“Working together with the Port in Mobile to build out our infrastructure to move the commerce for Alabama and the greater southeastern region of the country must be one of our top priorities,” Gov. Ivey said. “Creating good port access to central Alabama is a key part of this initiative, and it can provide options for freight containers to reach new destinations inland, which our country has struggled with during the supply chain crisis. I am proud our state is looking ahead and investing in the Alabama-USA Corridor and the future jobs and economic opportunity it will bring.”