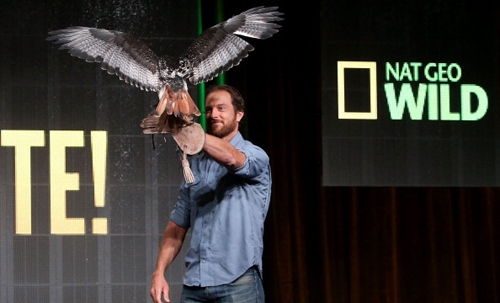 The Association of American Railroads (AAR) on Feb. 22, 2016 debuted the newest version of its Freight Rail Works campaign, “which explores how freight rail’s ongoing private investments in building, growing and maintaining the nation's rail network ensure railroads play a unique and integral role in helping move 54 tons of freight for every American per year.”

First launched in 2007, the 2016 campaign “visually captures the massive amount of freight moved for each American annually—from cars to consumer goods to large-scale industrial materials—to showcase how freight railroads help move goods across the country,” AAR said. “It shows how freight rail, within the context of an integrated transportation network, enables a modern way of life and economy in the U.S.”

“The freight rail industry is proud of its distinct role in working with the entire shipping sector to safely, reliably and affordably move the immense amount of goods American businesses produce and consumers want and need,” said AAR President and CEO Edward R. Hamberger. “This year’s campaign visually brings to life the vast scale of goods moved around the U.S. and tells how freight rail’s private investments contribute to the safe and efficient movement of goods.”

As part of the campaign, Freight Rail Works spokesman Jeremy Brandt (pictured), formerly of Nat Geo WILD’s “Jobs that Bite,” will explore the freight rail industry’s unique role in the national shipping ecosystem, including its ability to provide safe and eco-friendly long-haul shipping and move significant quantities of large goods. Freight rail accounts for approximately 40% of intercity freight volume, which is more than any other mode of shipping. In 2015, the industry set a record for intermodal freight volume, moving 13.7 million containers and trailers.

“We believe in collaboration and are pleased to show how seamlessly freight railroads work with other transportation modes to move the 54 tons of freight per person each year,” added Hamberger. “We know we are a part of the overall shipping landscape and we are delighted to demonstrate how consistent and substantial network investments by the industry provides value to businesses, industries and people across the U.S. Sustained in part by balanced economic regulations that allow the industry to compete, America’s freight railroads have spent more than $600 billion since 1980 and will spend an estimated $26 billion in private funds in 2016. Together, this ensures that the nation’s 140,000-mile rail network continues to be the safest, most efficient and productive in the world.”