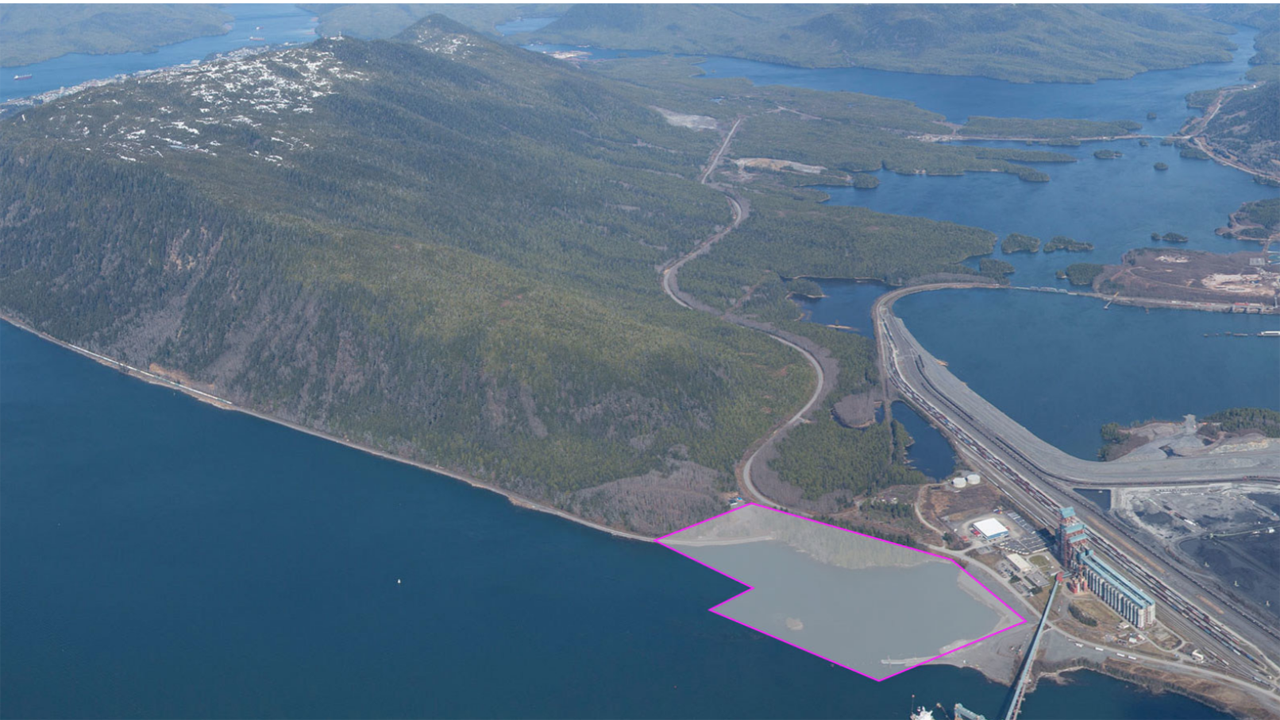 Outlined in purple is the site of the second container terminal proposed in Prince Rupert, B.C., located south of the existing Fairview Terminal. (CNW Group/DP World)

Logistics firm DP World and Prince Rupert Port Authority in British Columbia have agreed to assess the feasibility of a second container terminal at the Port of Prince Rupert, which would add up to 2 million twenty-foot equivalent units (TEU) of annual capacity; the Port is served by CN.

Under a two-year agreement, DP World and the Prince Rupert Port Authority will begin various studies on the proposed site, which is located south of the existing Fairview Terminal, DP World reported on Feb. 24.

The studies are slated to focus on the steps required to minimize environmental and community impact, on how to improve Canadian supply chain resilience, and on how the new terminal will integrate with existing one. They will also explore the use of advanced technologies, according to Maksim Mihic, CEO and General Manager of DP World (Canada) Inc.

The partners said they are “committed to incorporating Indigenous knowledge and feedback into [the] planning and development process.”

Once the study period is complete, they will finalize a definitive project development plan that will be subject to regulatory review and authorization.

“As Canada’s third-largest Port, Prince Rupert is a proven driver of sustainable economic development in northern British Columbia and has been fortunate to earn the support of communities throughout the corridor,” Prince Rupert Port Authority President and CEO Shaun Stevenson said. “A second container terminal will help consumers, exporters and industries across the country while continuing to contribute significant economic benefit for local communities, the broader region and our Indigenous partners.”