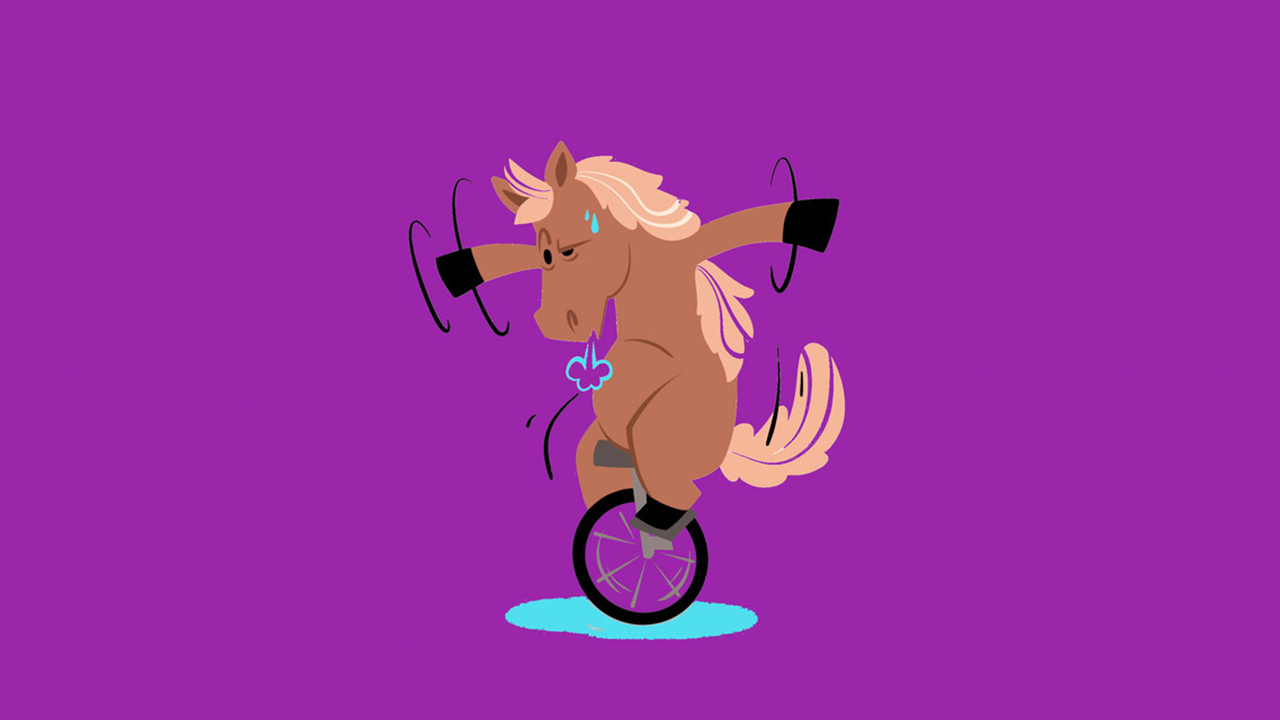 In the late 1980s and early 1990s, a One-Trick Pony was foaled. His parents named him “PSR.” He had many attributes, so it was unfair that he was labeled a One-Trick Pony by his jealous detractors.

Then, the circus hired him. He began to perform before ever increasing crowds including Canadian Pacific, CSX, Norfolk Southern and finally Union Pacific. Other ponies took notice of what the crowds were cheering about and borrowed some of PSR’s moves. But there was only one full-blooded PSR.

And then “PSR” became old and infirm.

Fortunately, a new pony had been foaled by cousins of PSR. His name was “Grow-Me.”

“Grow-Me” fed so cautiously on Kentucky blue grass that his parents gave him stem cells. In fact, other ponies, including older PSR offspring, tried stem cells. The result? A two-trick pony who then gave birth to a foal named “Trade-Off.” But the circuses became disenchanted with “Trade-Off.” They wanted artificial insemination to produce “Best of Both Worlds.”

Unfortunately, the bloodline carrying PSR’s singular focus and expertise had become diluted. Where were his protégés? Had they been given too big a dosage of “Grow-Me” stem cells? Would PSR’s sperm bank ever sire a pony with the stature and unrelenting focus of its donor?

In all seriousness, the danger to railroading is that the next strategy to be born is called “Adrift” or “Betwixt and Between.”

Instead of “Adrift” or “Betwixt and Between,” we need two One-Trick Ponies—an operating one and a marketing one. They perform, but in tandem. Compromise is not an option. Each excels and dazzles within the circus ring. Railroading operations and marketing logistics are so complex that railroading demands total excellence in each. That’s why silos got entrenched in railroading. Railroading is so complex you almost could not have it any other way. Complexity and honed execution enables a ton to be moved one mile for $.03. That is mind boggling to non-railroaders and railroaders alike.

For 40 years, I have watched railroading organizations move in cycles of leadership, strategic emphasis and personnel dominance of operations over marketing and marketing over operations. But the future circus hero CEOs will be a partial throwback to the many leaders of the late ’80s and ’90s, who encouraged their VPs to “have at each other” in a conference room but knew how to teach them the basics of Ying and Yang, of why apparent contradictions are interdependent. These new CEO heroes will not compromise or trade-off. He/she will want the absolute best of both worlds and a program of continuous improvement in both—or else management at all levels will be shown the paddock door and put out to pasture.

Gil Lamphere, Chairman of MidRail LLC, has nearly 40 years of experience as a principal investor and financier in rail industry and other private equity transactions. He has headed four private equity firms and has extensive operational experience as a Chairman and/or board member for a wide range of publicly traded and private companies. Lamphere is the former Chairman of the Illinois Central Railway, Co-Founder of MidSouth Rail Corporation and former board member of CN (Chair of the Finance Committee and a member of the Compensation, Investment, and Audit committees), CSX (Operations, Finance, Compensation, and Public Affairs committees), and Florida East Coast Railway. He led teams and boards that bought, managed and changed operations at Illinois Central, MidSouth, CN, Florida East Coast and Southern Pacific, with alumni leading Canadian Pacific, creating gains for investors in excess of $2 billion.