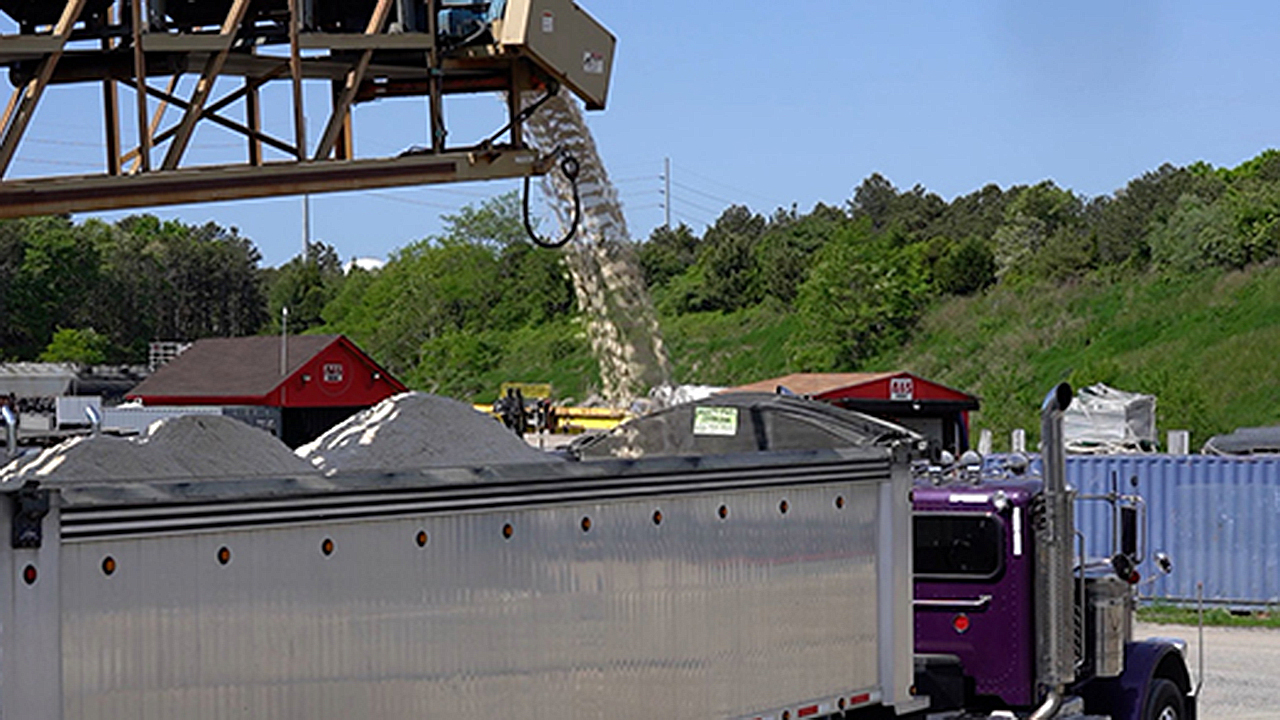 The next time you’re golfing on Long Island, N.Y., and you hit a ball into a sand trap, think of the Brookhaven Rail Terminal (BRT), a rail/truck transload facility in Yaphank, Town of Brookhaven.

BRT is currently transporting 2,100 tons of sand made of silicon dioxide to Long Island every month. The material, very much in demand on Long Island’s more-than 140 golf courses, is transported in 100-ton covered hoppers.

BRT President Andrew Kaufman, a self-described “average duffer,” says he has become an expert on his client’s product. “Silica sand consumers look at factors including drainage, vulnerability to wind and water erosion, chemical stability, color and most important, angle of repose,” he says. “These factors will influence the golfing experience, so groundskeepers review all of this in selecting sand for their bunkers. Experts suggest that 78% of the particles in bunker sands should be between 0.1 and 1.0 mm in diameter. They also note that sand particle shape is just as important and needs to be inspected for angularity and sphericity. All of this matters, because you don’t want your sand trap falling in on itself, literally falling off the bunker wall, and you don’t want someone’s nine iron hitting gravel trying to get off that trap.”

The thousands of tons of silica sand arrive by rail from quarries in Ohio, where they are offloaded at BRT and stored until required by regional golf courses. “There is little doubt the demand to replenish the sand traps has picked up as COVID rules disappear and golfing parties return to the links,” says Kaufman. “We are seeing a significant uptick in silica sand demand.”

BRT is a $40 million rail/truck transload facility built with private funds. Opened in September 2011, it handle tens of millions of dollars in goods destined for the Long Island market, from bakery flour to building supplies. “The ability to use BRT to ship and store commodities in refrigerated, climate-controlled and dry warehousing translates to lower costs, more flexible local service for Long Island and a greatly expanded market reach for the region,” the company notes. “In addition, BRT’s rail transportation shipping and warehousing services are keeping transportation costs competitive while significantly protecting the environment.”