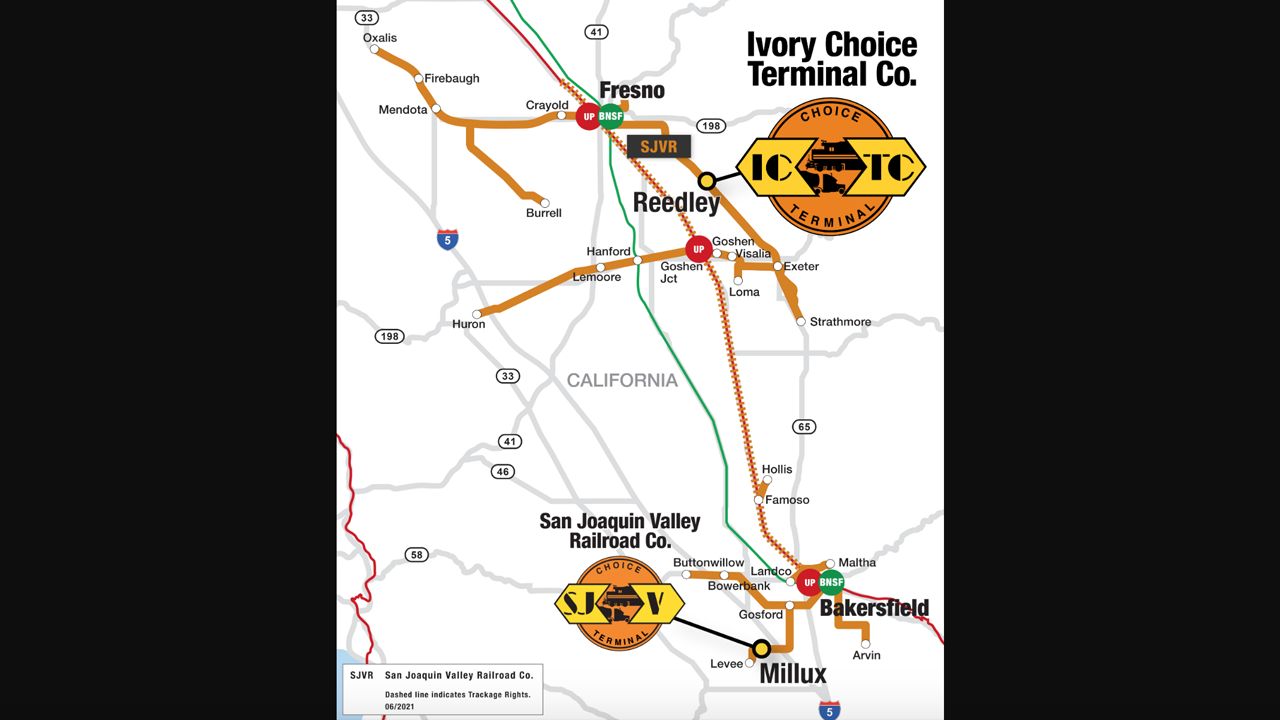 Located in the heart of California’s dairy industry in Reedley, the 91-acre Port of Ivory industrial park will now be operated as Ivory Choice Terminal Co., a G&W Choice Terminal™ bulk transfer facility, and continue to be served by G&W’s San Joaquin Valley Railroad Co.

The Port of Ivory is a 91-acre industrial park served by G&W’s 371-mile San Joaquin Valley Railroad Co. (SJVR). It provides transloading and storage services for commodities such as DDGs, canola, whole cottonseed, corn gluten, urea, sodium bicarbonate, phosphate, millrun pellets, sulfuric acid, fly ash, aggregate and lumber. With 2.5 miles of rail infrastructure, the site has capacity for more than 200 railcars, more than 500,000 square feet of covered storage, and a hard car unloader. Up to 6,400 carloads are transloaded annually, according to G&W, which notes that the Port has been a long-term SJVR customer.

ICTC is G&W’s sixth Choice Terminal to open in the past six years. In 2019, a Millux, Calif.-based Choice Terminal opened on the SJVR; it primarily serves clay customers. The Millux and Reedley terminals offer interchanges with BNSF and Union Pacific.

“The Port of Ivory is an important and valued service provider to the industries of the Central Valley,” said Rail Link Assistant Vice President Steve Yoder, who will oversee ICTC operations. “With an established base of customers, significant storage capacity and connections to the Union Pacific and BNSF via the SJVR, our acquisition of the Port of Ivory leaves us well positioned to build upon the successful legacy of Richard Best since he started building the business more than 20 years ago.”