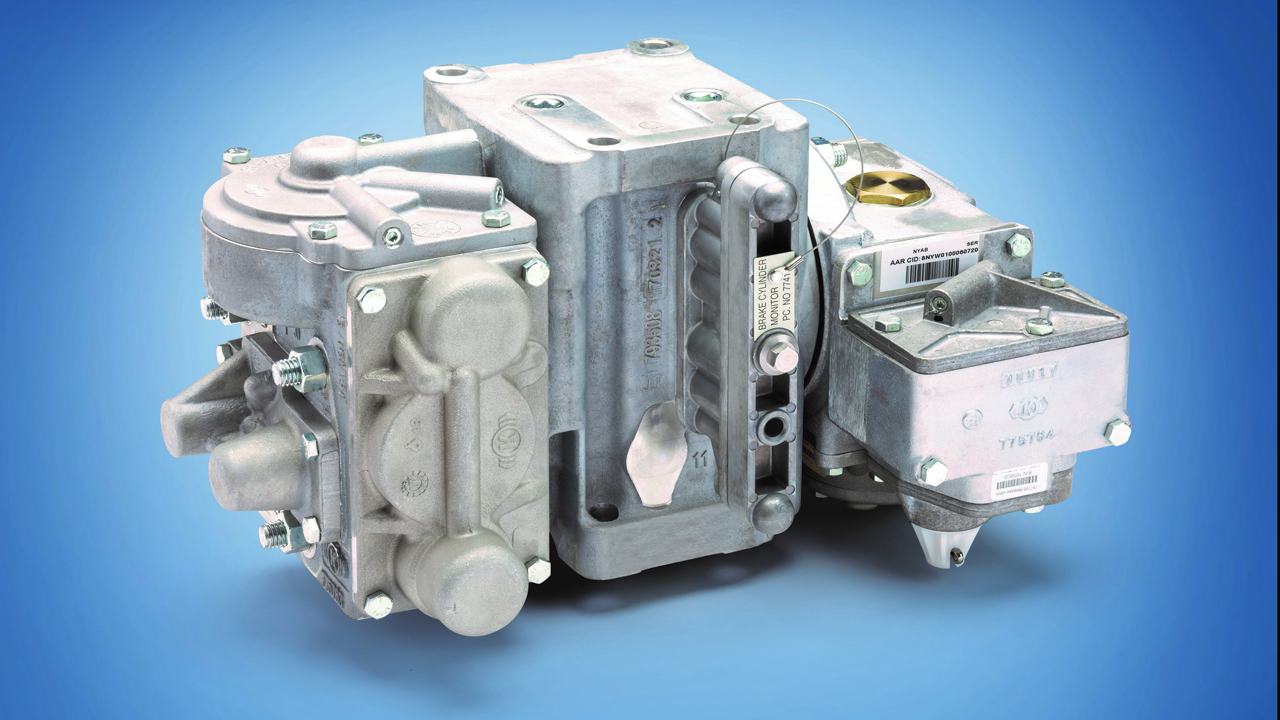 NYAB on Dec. 7 reported that AAR upgraded the BCM feature of its DB-60 II™ brake control valve from conditional to unconditional approval, making NYAB “the only supplier granted full approval for the technology.”

BCM is a patented brake control valve feature that “improves braking performance by replenishing air pressure when a leak occurs in the brake cylinder,” according to NYAB. “The technology allows freight cars to stay in service longer by maintaining brake cylinder pressure.” DB-60 II with BCM debuted in 2015.

According to NYAB Senior Product Line Manager Vince Moore, 100,000 DB-60 II control valves with BCM are now in use, and there “has not been a single control valve failure” due to the BCM feature.

The DB-60 II with BCM is available worldwide in all AAR markets; DB-60™ control valves without BCM can be retrofitted with the feature.

The company has a “network of sensors along (but well off the right of way of) the railway that tracks each train … and creates unique profiles for every one.” According to RailState, “sensors gather the passing time, direction, speed and type of each train. Using machine learning, our sensors then develop information about the train and each of its cars. Our business-intelligence reporting tools provide detailed information on every train, including car types; train consist; and, for cars carrying dangerous goods, the UN number on the placard.”

Before RailState, “customers could track their own railcars but had no visibility into overall operations on the rail network,” according to the company. Now they can “see every train in near real time, along with volume, congestion, priority and transit time on every segment of the rail network in Canada.”

Customers can use network data to plan shipments and modal choices, to avoid problem areas on the rail network, according to RailState. Those using railroad-supplied cars like boxcars, flatcars and gondolas “have a view on the entire flow of those cars, to identify and predict disruptions to their car supply multiple days in advance,” the company reported.

RailState’s U.S. coverage is slated to begin in January at the ports of Los Angeles and Long Beach and then expand East.

“This marks a major step for RailState, as we can now see every train that travels along the CN and CP, allowing for overall network visibility,” RailState CEO Jamie Heller said. “We’re excited to move forward with our U.S. coverage.”