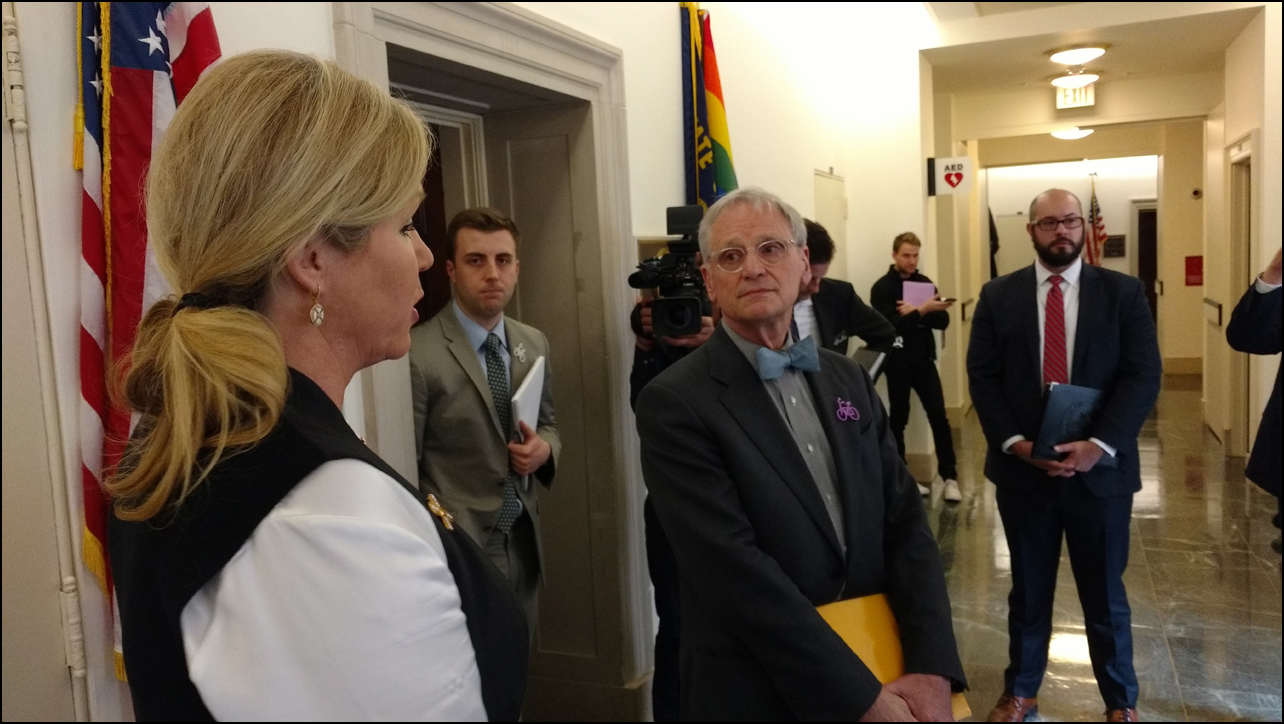 WASHINGTON, D.C. – Short line railroad industry stakeholders had simple orders Wednesday during the Railroad Day on the Hill: Stay on track when presenting their legislative agenda to elected representatives.

Prepped by the American Short Line and Regional Railroad Association, which sponsors the event, and buoyed by the Trump Administration’s focus on business, more than 600 attendees – a record – fanned out in groups to legislators’ offices to inform, and ask for:

While the industry earlier this year succeeded in persuading Congress to reauthorize 45-G, it will be some time if or when they see the results of their lobby efforts. But, there is huge upside to the strategy of putting a face to the issues, and the process remains vital and necessary. In one meeting, a Representative from a southeast state and staff were unaware that 45-G even existed.

Other Senators and Representatives came in for thanks for consistently supporting short lines, which helps create thousands of jobs, move freight, and generate positive economic activity in voting districts throughout the country.

All well and good. But in another meeting, Sen. Mike Rounds (R-S.D.) explained concisely the hurdles facing short lines’ quest for greater progress in Congress.

“What happens in [Congress], is different from what happens in the business world,” he told one group. “When some members of Congress want something, other members will use it to create a wedge, in order to get something else. That’s why 45-G is authorized, and not made permanent.”

As for infrastructure spending, Mounds observed that two-thirds of the massive $3.4 trillion federal budget funds mandatory programs such as Medicare that don’t get voted on. It’s the remaining $1 trillion or so that is up for political grabs.