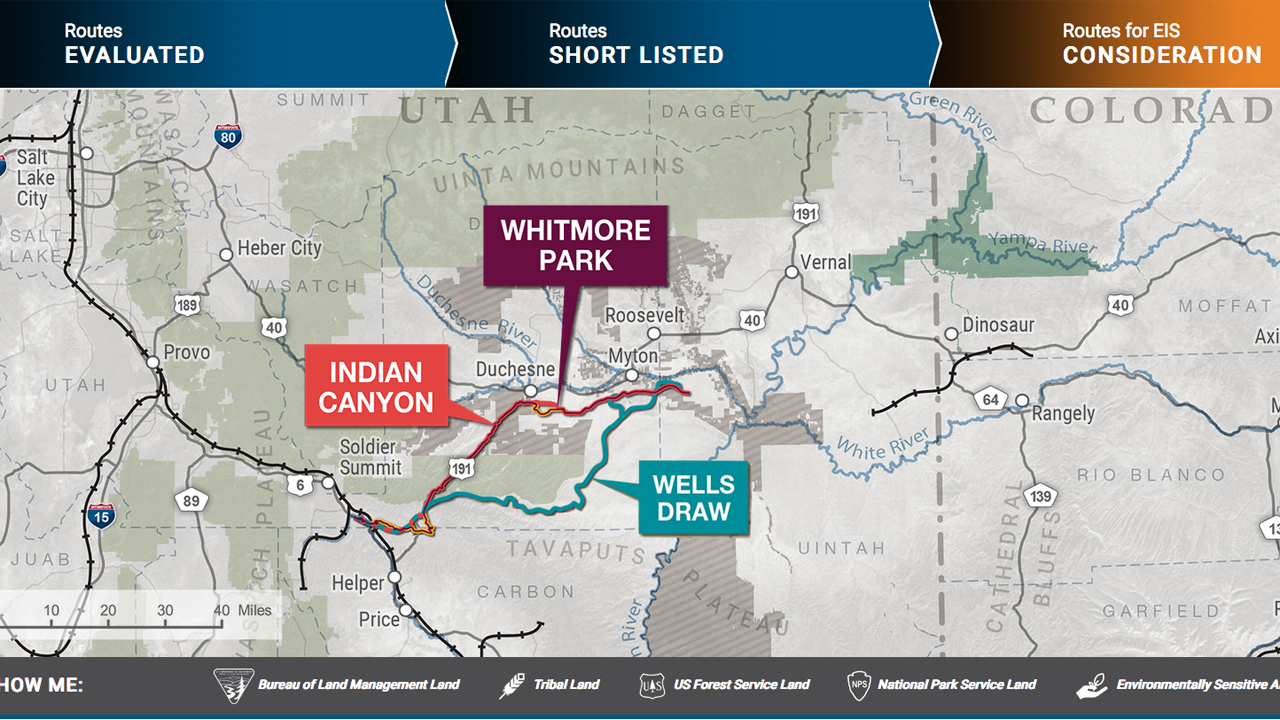 In addition to a “no action” alternative, the STB analyzed the Whitmore Park Alternative, Indian Canyon Alternative (81 miles) and Wells Draw Alternative (103 miles). Each would extend from two terminus points in northeastern Utah’s Uinta Basin near Myton and Leland Bench to a proposed connection with the existing Union Pacific Provo Subdivision near Kyune (see map above).

In September, Drexel Hamilton Infrastructure Partners, LP and the Coalition executed an agreement to advance the line; Fort Worth, Texas-based Rio Grande Pacific Corp. would handle construction and operations.

“Depending on future market conditions, between approximately 3.68 and 10.52 trains could move on the proposed rail line per day, on average, including both loaded and unloaded trains,” according to the Draft EIS. “The Coalition expects that those trains would primarily transport crude oil produced in the Basin, but could also carry frac sand, other proppant material, steel, machinery, or mineral and agricultural products and commodities into and out of the Basin.”

A public review and comment period on the Draft EIS is being held until Dec. 14.