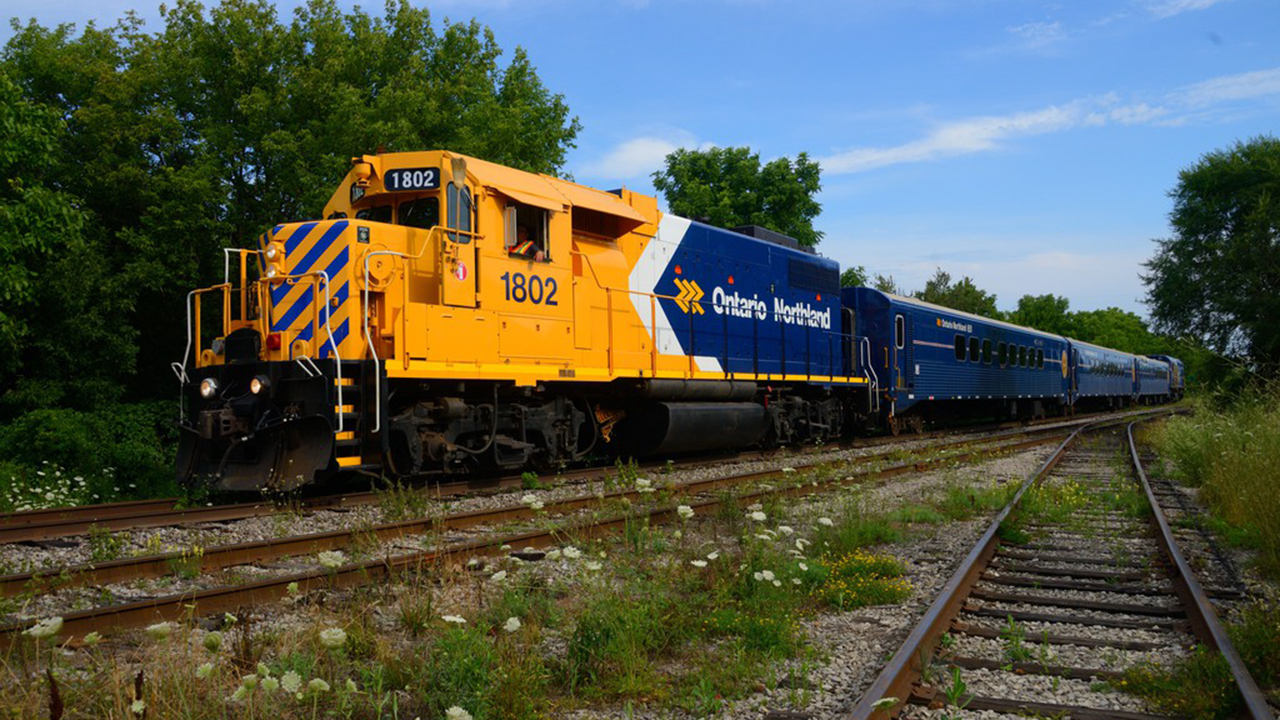 This past month, the Ontario Northland Railway, in conjunction with the Trillium Railway in the Niagara Region of Ontario partnered to bring a train down from Cochrane, Ontario for a television series shoot.

Filming for the Hulu production of The Handmaid’s Tale was to proceed in Port Colborne and required a train for various scenes filmed between July 20 and 23 located on TRRY track owned by Port Colborne. Operating as a passenger train the entire way, the train departed Cochrane on July 18 and returned to Cochrane on July 26, a more-than 800-mile round trip as a charter for the production company involved in filming. The ONR train looked reminiscent of its Northlander test train operated in November 2021 to announce the return of the train of the same name that operated between Cochrane and Toronto but was cancelled in 2012.

ONR staff, with the Province of Ontario, continue to work toward return of the Northlander in  2025, but for now, we’ll have to look to the movies to see the train in this part of Ontario.

The Handmaid’s Tale is an American dystopian television series created by Bruce Miller, based on the 1985 novel of the same name by Canadian author Margaret Atwood. The series was ordered by the streaming service Hulu as a straight-to-series order of 10 episodes, for which production began in late 2016. The plot features a dystopia following a Second American Civil War wherein a theonomic, totalitarian society subjects fertile women, called “Handmaids,“ to child-bearing slavery.

The Trillium Railway, a subsidiary of Gio Rail Holdings, is a Canadian short line operating in the Province of Ontario. Much of its right-of-way in the Niagara Region (below) was formerly part of the Welland Canal Railway (also known as the Welland Railway) that closely followed the route of the second Welland Canal. TRRY began operations in 1997 with only seven miles of track, all of which were located in Port Colborne. With an expansion in 1998, Trillium added 34 miles of track between Delhi and St. Thomas. Another expansion in 1999 added another 34 miles in Welland, Thorold and St. Catharines. In the Niagara Region, Trillium’s trackage, referred to as the Port Colborne Harbour Railway, is made up of former  CN secondary and branch lines, including a number of urban spurs, on the west side of the Canal. CN and Canadian Pacific interchange with TRRY at CN/CP Feeder. TRRY no longer operates on the south tracks of the Townline Tunnel under the Welland Canal. From July 2018 until the line’s closure in December 2021, TRRY operated the Orangeville Brampton Railway under contract from the Town of Orangeville, taking over operations from Cando Rail Services Ltd. 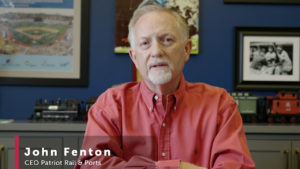