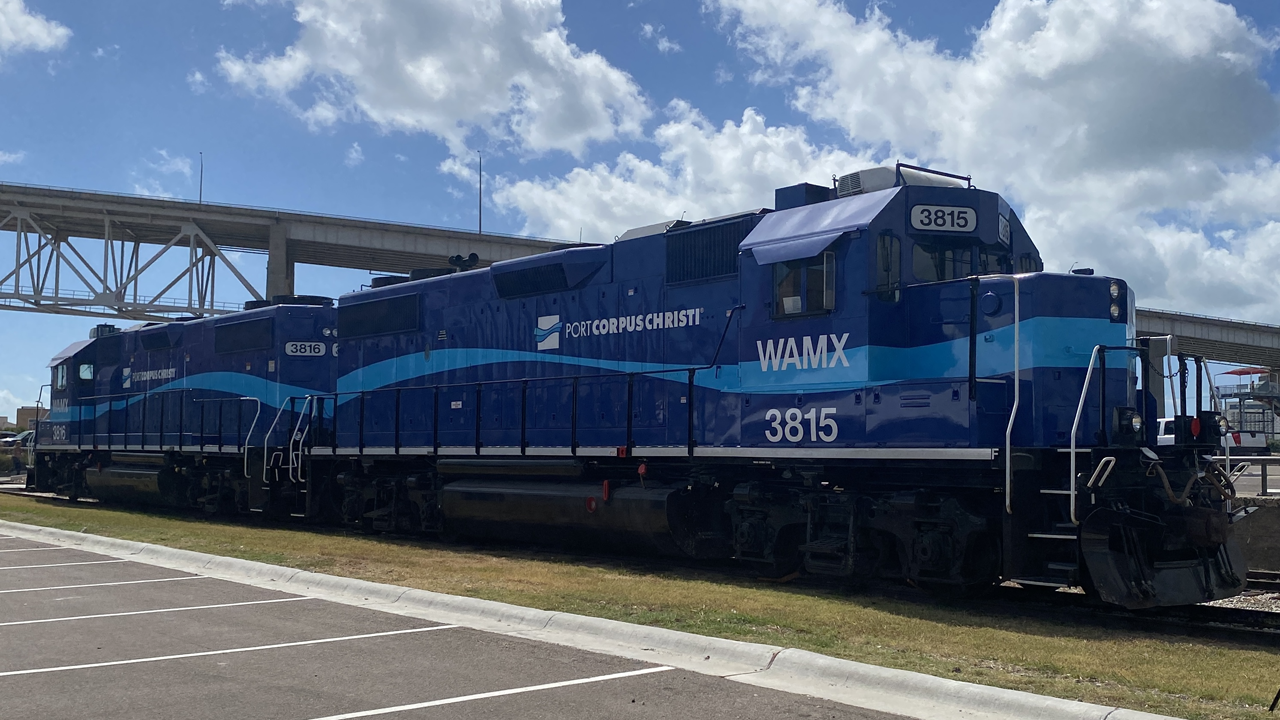 TCBR celebrated its launch with the Aug. 2 unveiling of two locomotives emblazoned with the Port’s logo. Six locomotives will run along the line: three GP 38-2s and three SD 40-2’s. “The GP 38-2’s are four-axle locomotives,” Watco told Railway Age. “All three of those locomotives were sent through a requalification program to ensure they met EMD standards. Once the mechanical and electrical inspections were finalized and any necessary upgrades were completed, the locomotives were furnished with a custom paint job that sports the name ‘Port Corpus Christi’ in the Port’s color scheme. We are also utilizing 3 SD 40-2 locomotives. The SD’s are six-axle locomotives. These locomotives were sent through a similar program as the 38’s to ensure they were up to EMD standards. After going through inspections and any necessary overhauls or upgrades, they too were painted. They were outfitted with the traditional black and yellow Watco color scheme. All six of the locomotives on the railroad went through very detailed programs to ensure our team could safely provide service with dependable equipment.”

The Port of Corpus Christi moves wind turbine components, agricultural commodities, refined fuels, and military cargo, among other commodities. It is also served by BNSF; Union Pacific (UP); Kansas City Southern (KCS); and its own Corpus Christi Rail Terminal.

“We look forward to building our relationship with Port Corpus Christi and partnering with customers to create long-term value while investing in continuous infrastructure improvements,” Watco CEO Dan Smith said.

“The entire TCBR team is honored to serve the Port of Corpus Christi and its affiliates,” said Darl Farris, General Manager for TCBR. “We are poised to meet their current rail transportation needs and excited about growing with the port to meet any future needs.”