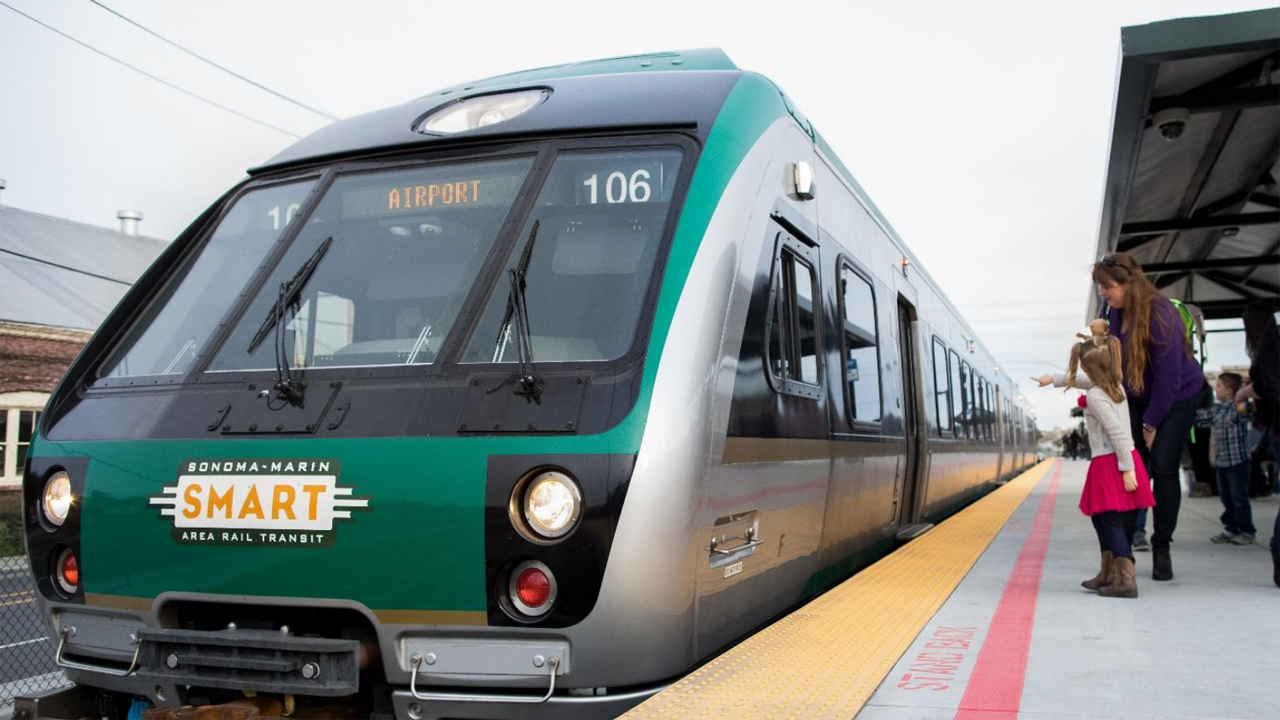 The agency, which runs a 45-mile, 12-station DMU (diesel multiple-unit) passenger rail system from Larkspur north to Sonoma County Airport and has plans to expand further north approximately 25 miles to Cloverdale, acquired approximately 88 miles of right-of-way in March 2021 from North Coast Railroad Authority (NCRA) and the rights to operate it on July 11. Freight services have been provided by Northwestern Pacific Railroad Co. (NWP) since 2011. (See background information, below).

SMART General Manager Farhad Mansourian said the agency will consider, during the next six months, two options for how it will continue to provide freight service—through an outside contractor, or in-house. In the interim, NWP will continue running the freight operations. NWP has served about five customers three times per week between Napa and Windsor, on 21 miles of line, since 2011.

SMART acquired the freight operations from NWP using $4 million provided by the state in 2020. The agency also received about $2 million to address an estimated $10 million in deferred maintenance for those operations. The funds were included in California Senate Bill 1029.

In May 2020, the SMART Board voted to pursue the takeover of freight services, citing that it could generate revenue for the district, consolidate the region’s rail system under a single agency and potentially allow for expansion of passenger rail service east to Suisun City and the Capitol Corridor rail system.

In February 2021, the California Transportation Commission (CTC) announced it would distribute $6.45 million through the 2020 Short-Line Railroad Improvement Program (SLRIP). Among the seven short line projects included for funding: SMART’s Rail Freight Improvements Project, which was awarded $1,455,850 for repairs to the Black Point Bridge, which spans the Petaluma River; rehabilitation of two existing freight rail spurs in Windsor and southwest Santa Rosa; construction of a new freight spur in Windsor; and installation of Positive Train Control.

On Feb. 2, 2021, SMART (a Class III carrier) filed a Verified Notice of Exemption before the Surface Transportation Board to acquire the right-of-way and freight rail operating easement from NCRA from the Mendocino/Sonoma County line to the freight interchange junction in Napa. The system includes 87.65 miles of rail line, consisting of the right-of-way between the Sonoma-Mendocino County, Cal., border at NWP milepost 89 and Healdsburg, at NWP milepost 68.2; and the freight rail operating easement between Healdsburg, at NWP milepost 68.2 and Lombard, Cal., at SP (former Southern Pacific) milepost 63.4.1. SMART owns the segment between Healdsburg and Lombard.

On Feb. 18, 2021, the STB ruled that SMART and NCRA could consummate the transaction and SMART could acquire the line on or after March 4, 2021.

Prior to SMART and NCRA closing their deal, on Feb. 22, 2021, NWP petitioned the STB for a Discontinuance of Service Exemption, requesting authority to cease being the freight rail operator/provider in Napa, Marin, and Sonoma Counties. On March 26, 2021, NCRA and SMART consummated their transaction, executing an agreement in which SMART acquired the line from NCRA and become the freight operator.

The STB issued issued a final decision granting Discontinuance of Service on June 11, paving the way for SMART to assume freight operations and common-carrier duties: