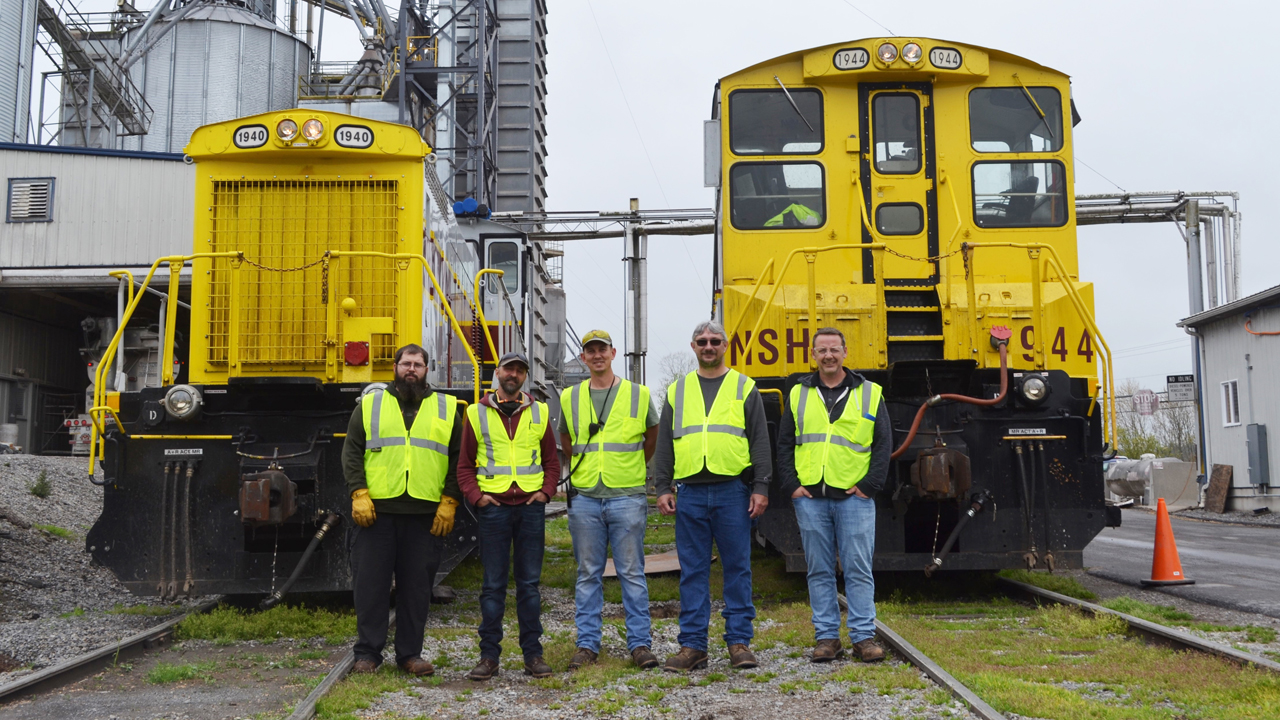 North Shore Railroad—Railway Age’s 2017 Short Line of the Year—ran its first train to Kreamer, Pa., on May 4.

SEDA-COG JRA purchased the rail line serving Kreamer, plus those serving Selinsgrove and Shamokin Dam, Pa., from NS in April. NS had been operating the lines since 1999, when it took over service from Conrail. The lines now make up North Shore Railroad’s Selinsgrove Branch, extending its original operation that runs from Northumberland, Pa., through Danville, Bloomsburg, and Berwick to Beach Haven, Pa. (See map above.)

“We are excited that the Joint Rail Authority and North Shore are taking over our rail service,” Kreamer Feed President Jason C. Robinson said.

Watco on May 4 announced its certification as a Most Loved Workplace® by BPI, which is described as a “leadership development center, think tank, solutions provider, peer network, research institute and online learning portal” based in Florida.

“In a global survey of over 150 Fortune 1000 organizations companies, we’ve shown that employees who love their workplace are up to four times more likely to perform at a higher level than those who do not,” BPI reported on its website.

Watco was certified after registering with BPI and having its employees surveyed by BPI, during which they rated “the alignment of their personal values and Watco’s, the level of collaboration at the company, their feelings about respect and career achievement, and the future of the company.” The transportation service and logistics company said it is now qualified for consideration in the annual Top 100 List of America’s Most Loved Workplaces® that’s published in Newsweek magazine. Newsweek’s rankings are expected in October 2022.

“We’re excited to have this official certification from BPI,” said Watco Chief People Officer Rachael Peterson, who was named an honoree of Railway Age’s 20 Under 40 program for 2021. “It’s meaningful because it takes into account more than the benefits Watco offers. The survey results and certification are really a validation of the culture that our team members create and enjoy. This honor is a testament to our team members.”

“We work hard to maintain a culture where people are valued,” said Dan Smith, CEO of Watco, which operates 44 railroads on more than 5,500 miles of track across North America and Australia plus more than 80 ports and terminals across the U.S. and Mexico. “There’s no better compliment than having the team recognize Watco as a Most Loved Workplace. That means that we’re doing our job and creating a workplace where we value people.”

Herman E. Crosson is joining ARH as Chief Safety and Compliance Officer, effective May 9. He succeeds Thomas A. Leopold, who has been with the Chicago, Ill.-based short line holding company since 2006 and will continue to serve part time through his retirement at the end of 2022.

He served most recently as Vice President at Patriot Rail, leading the Jacksonville, Fla.-based short line holding company in the areas of safety, training, sustainability, and environmental and regulatory compliance. “Among many achievements during his [approximately six-year] tenure, the 13 Patriot railroads recorded 39 months without a reportable injury and 67 months without a reportable derailment,” ARH reported.

Previously, Crosson spent 18 years at CSX, where his last position was manager of training programs for engineers, conductors, and remote-control operators.