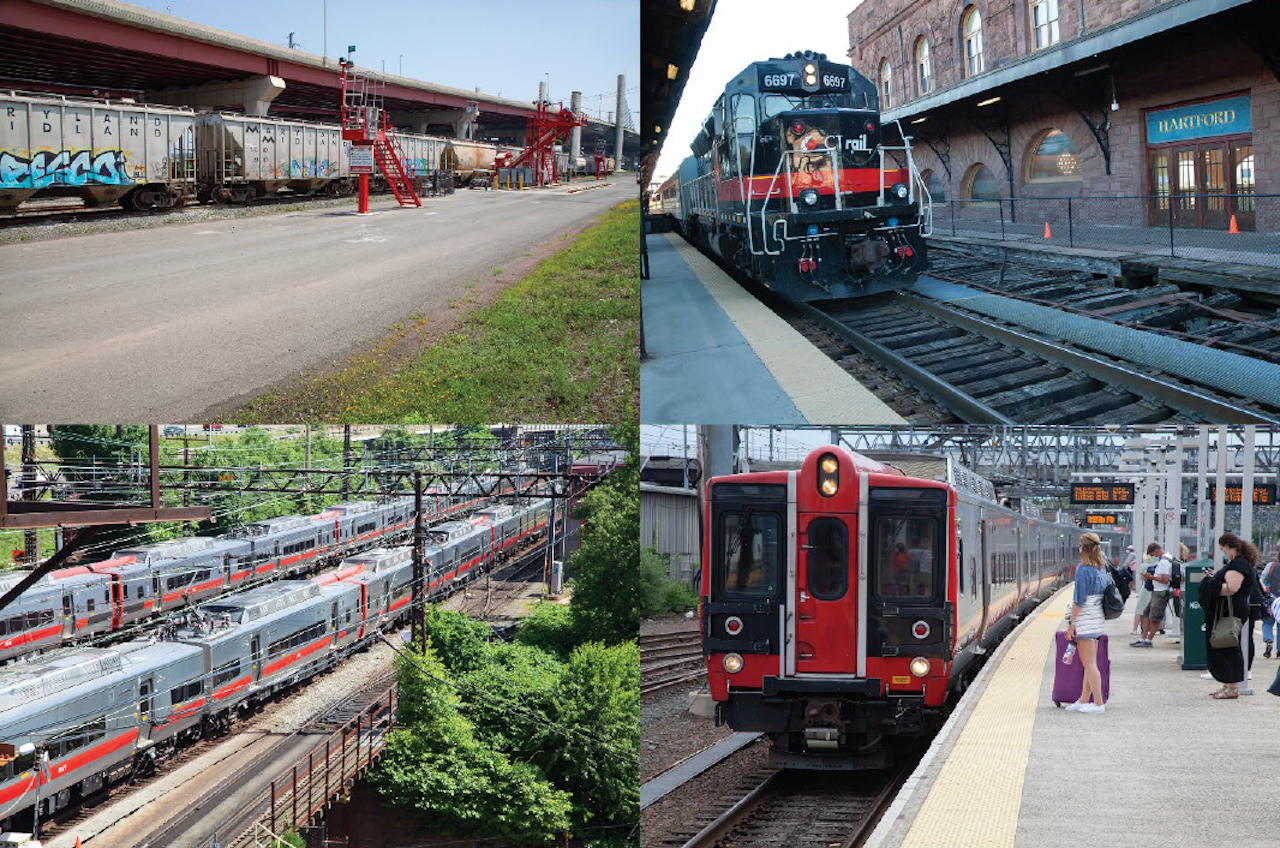 CTDOT will present an overview of its Draft State Rail Plan Update at a public hearing with the joint Transportation Committee and Finance, Revenue and Bonding Committee of the Connecticut General Assembly to be held in-person and virtually on Friday, Sept. 30 at 2:30 p.m. The public comment period ends Oct. 31.

According to CTDOT, the 2022-2026 Connecticut State Rail Plan is being developed in compliance with the federal Passenger Rail Investment and Improvement Act of 2008, Public Law 110-432, and will be submitted to the U.S. Secretary of Transportation for review upon completion.

The State Rail Plan contains Connecticut’s “mission, vision, and values for rail transportation’s role in an intermodal network,” CTDOT says. It provides an overview and inventory of the passenger and freight rail system and facilities in Connecticut, the services provided, and asset conditions and constraints. It also “aims to support Connecticut’s role in developing an expanded, interconnected rail system with adjoining states and to advance high-speed, intercity, and freight investments in the region,” according to the agency.

The State Rail Plan, CTDOT says, updates strategies and programs focused on “ensuring that the existing passenger and freight rail infrastructure is maintained in a state of good repair,” and includes short- and long-term investments “aimed at maximizing the potential of current and future rail services.” The State Rail Plan outlines programmed, and proposed projects, including costs and associated public benefits.

The public hearing will be held in-person at the Legislative Office Building, 300 Capitol Avenue, Hartford, Conn., 06106, in Room 1E. To attend virtually and give feedback during the public hearing, please register on Zoom. The meeting will also be live streamed on YouTube and CT-N.

Gov. Tony Evers, together with WisDOT, on Sept. 26 announced nearly $8 million in grants and loans for five freight rail improvement projects across the state. The projects, the agency says, “will lengthen rail spurs, install conveyance equipment, and increase storage capacity at Wisconsin facilities.”

“Wisconsin’s economy relies on a robust network of roads, ports and railways, and investing in our state’s transportation infrastructure, including our freight rail network, is a positive investment for the future of industry, our economy, and our entire state,” said Gov. Evers. “This round of grants will bolster how the state’s agriculture and paper industries move products from point A to B, supporting industry growth and success across the state.”

“The movement of products and commodities is the lifeblood of our economy, affecting nearly every aspect of our lives,” said WisDOT Secretary Craig Thompson. “Strategic investments that improve connectivity and efficiency of freight rail have a big impact on urban and rural communities all across the state.”

Recipients of the FRPP grant and FRIIP loan include: